How 2020 became the year when supermarkets changed their packaging policies

Co-op Food claims to be the first supermarket to introduce fully recyclable pizza packaging, while Lidl is sourcing plastics recovered from beaches in south-east Asia 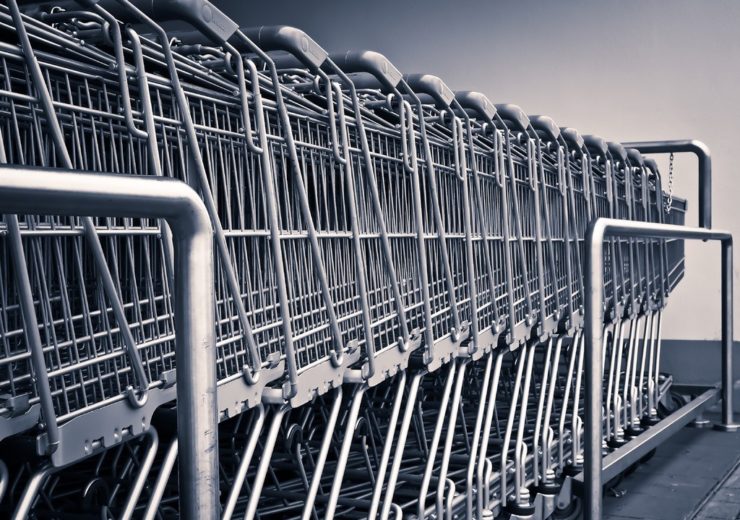 The supermarket sector has been making big changes to packaging policies over the past few years (Credit: Pixabay)

Whether it’s doing their bit to save the planet or simply improving the health of those living on it, supermarkets have been making big changes to their packaging policies over the past few years.

The end of the 2010s saw the issue of plastic waste move up the agenda for businesses  in the sector.

Reusable schemes, too, have become more prevalent — with both the UK-based Waitrose and France’s Carrefour chains testing their own systems.

We look at the key packaging policy changes being carried out by some of biggest supermarkets in 2020.

Packaging policies in the supermarket sector in 2020

Plastic shrink-wrap is in Tesco’s sights for 2020, with the retail giant announcing in January that it would remove the material from its tinned multipack products.

Due to be enacted in March, customers will be offered “multibuy” deals, where they’ll be able to purchase several individual tins at the same price as the erstwhile multipack.

The firm says it will result in 67 million pieces of plastic being eliminated from its UK stores.

Tesco CEO Dave Lewis said at the time: “We are removing all unnecessary and non-recyclable plastic from Tesco.

“As part of this work, removing plastic-wrapped multipacks from every Tesco store in the UK will cut 350 tonnes of plastic from the environment every year and customers will still benefit from the same great-value ‘multipack’ price.”

This move is part of Tesco’s effort to remove one billion pieces of plastic packaging from its stores by the end of 2020.

Through a partnership with the Meade Potato Company, 100% of its packaged potato products in Ireland will be sold in compostable materials.

The new bags have been made available in all the country’s 162 stores.

Meade Potato Company commercial manager Philip Meade Jr said: “The introduction of this bag represents a win for the environment and the consumer.

“Plastic that is hard to recycle has been eliminated completely and replaced with paper that can be composted – ending up ultimately as fertiliser, possibly for growing more potatoes.”

That same month, the company also said it would remove cartoon characters from its own-brand Crownfield cereal products.

In February 2020, Lidl announced it will use packaging made from “ocean-bound plastic” recovered from the beaches and coastline in south-east Asia at its UK stores.

The range – made from 80% recycled content – will prevent more than 60 tonnes of plastic from going into the sea a year, the equivalent of 2.5 million plastic water bottles.

Lidl GB’s head of corporate social responsibility Georgina Hall said: “By 2050, there will be more plastic in the ocean than fish, according to data from the Ellen MacArthur Foundation.

“The majority of ocean plastic enters the sea from 10 main entry points, eight of which are in Asia.

“Countries like those in south-east Asia lack the waste management infrastructure to manage this problem, which is often overwhelmed by population growth or tourism.

“We are proud to be the first UK supermarket introducing packaging incorporating plastic that would have otherwise ended up in the ocean, helping to tackle the problem directly as part of our commitment to prevent plastics ending up as waste.

“We are actively looking to extend this innovative solution to other product lines to help reduce the amount of plastic ending up in our oceans and keep our environments healthy.”

The range will be launched in the latter end of March, and will be made from 80% recycled content – with a minimum of 30% of the weight of the packaging being made from ocean-bound plastic.

Towards the end of January, 2020, UK-based supermarket chain Sainsbury’s committed to becoming a net-zero carbon emitter by 2040.

The firm said it will invest £1bn ($1.2bn) over the next 20 years to implement programmes that will focus on reducing carbon emissions, food waste and plastic packaging.

As part of this work, Sainsbury’s will remove all hard-to-recycle plastic and polystyrene packaging from its own-brand ranges by the end of 2020.

The firm is also piloting deposit return schemes — where customers recycle bottles in exchange for 5p coupons — in five of its stores.

Launched in January in 33 of the company’s stores in London and south-east England, it aims to reduce plastic packaging content in its fresh produce ranges by 93%.

The shops offer customers the opportunity to buy 38 fruit and vegetable lines — including oranges and celery— with new packaging solutions that are either plastic-free or contain a reduced amount of the material.

It’s part of the company’s commitment to remove plastic from all its own-label products by the end of 2023.

Iceland’s managing director Richard Walker said: “We understand that consumers are particularly aware of the amount of plastic being used to package produce across the industry and we’ve been working hard to develop user-friendly sustainable alternatives.

“This trial is the largest ever of its kind and we’re excited to see how customers respond to the range of solutions provided.”

The initiative, called Planet Pure, is being tested at two of the company’s “hypermarkets” in the Austrian cities of Vienna and Salzburg.

To use the system, customers have to purchase a bottle from one of these stores, which can be filled with a product of their choice.

“Planet Pure is an innovative partner who developed the world’s first eco-certified detergent in 2011.”

The pilot, which will take place at one of its stores in Leeds, will provide areas where shoppers can fill their own containers with its own-brand coffee, rice and pasta.

It has also partnered with the likes of Kellogg’s and Unilever, extending refill stations to big-name products such as Coco Pops, Rice Krispies and PG Tips.

Asda CEO Roger Burnley said: “Our first priority will be to look at how we can reduce and remove plastic and I am excited to learn from our customers and see where this journey will take us.”

In February 2020, Co-op Food claimed it had become the first retailer in the UK to introduce recyclable pizza packaging.

Launched in a advert named Pizza and Plastics, the company has replaced its polystyrene pizza discs with corrugated cardboard across all its own-brand ranges.

The firm says the material, used in its pizzas supplied by Stateside Foods, will prevent 200 tonnes of waste from going into landfills.

Co-op’s customer director Ali Jones said: “We continue to innovate in this area and reducing the environmental impact of products is and always has been at the core of Co-op.

“We’re committed in helping our members and customers to help to make a difference to the world and we want to encourage communities to come together and look after the planet and spaces around us.”

Co-op Food also announced that, by the summer of 2020, it will only use 100% recyclable packaging in all its own-brand food products.

These include items such as ready meal trays, crisp packets, sandwich cartons and films that are used to cover pizzas.

UK-based Marks and Spencer (M&S) announced at the beginning of March 2020 it was expanding its in-store refill scheme.

The move – which will see the system implemented in one of its shops in Manchester – follows an initial trial of the “fill your own” scheme at its Hedge End site in Southampton.

M&S is testing 44 packaging-free products ranging from coffee to confectionery.

The company said 25 of the 44 “fill your own” products were outselling the packaged alternatives, including its triple chocolate crunch cereal, basmati rice, milk chocolate raisins and fiorelli pasta.

M&S’ director of food technology Paul Willgoss said: “Our ‘fill your own’ concept is one area we’re focusing on as part of our action to reduce plastic packaging and support our customers to reuse and recycle.

“We’re keen to better understand refill across the entire store process from behind the scenes operations to working with our customers to encourage behaviour change.”