Zego CEO Sten Saar talks about his entrepreneurial life, how his start-up is changing insurance for gig economy drivers and why he doesn't mind doing the dishes 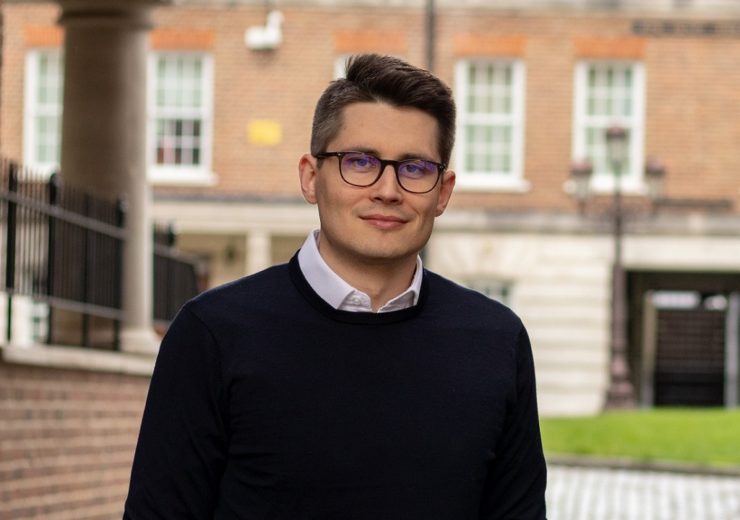 Zego CEO Sten Saar tells Peter Littlejohns about his life as an entrepreneur, the lessons he learned along the way and how he and his co-founders are changing insurance for gig economy drivers

It’s rare the world of insurance technology – a sector so commonly referred to now it’s acquired the nomenclature insurtech – has a net benefit to anybody outside the industry.

But insurtech start-up Zego, founded by three individuals steeped within the gig economy, claims to have solved the problem of expensive cover for drivers who take odd jobs delivering food or picking up taxi passengers with its hourly rate policy.

One of those individuals is Sten Saar, a 33-year-old originally from Estonia, who experienced what he termed as the gig economy’s “insurance problem” first-hand while working for food delivery firm Deliveroo.

Starting his first business at 17, and going on to play a key role in scaling up several start-ups that are now established brands, Sten is no stranger to entrepreneurship.

He tells Compelo how he founded his first business, his experience as a senior boss at Deliveroo and how he and Zego’s co-founders created its platform in only six weeks.

Zego’s technology allows it to integrate with several major companies, including Deliveroo, Uber and Just Eat.

“You create your Zego account and we link to your account on any of those platforms, and then every time you switch your availability to accept jobs, we get a ping on our server and your insurance starts automatically,” says Sten.

“Then when you turn off your availability to go home, your insurance stops.

“The driver doesn’t have to do anything and it happens in the background making sure they’re always 100% insured, which is a great guarantee for those providing them with work too.”

Sten Saar on being a young entrepreneur

At his old high school, Tallinn School No. 21, Sten started his first business as part of the Junior Achievement Estonia programme, where he was tasked with creating a business in co-operation with three other students.

He says: “I’ve been in the world of start-up businesses all of my life.

“I started my very first business, Realister, when I was 17, making paper notepads with formulas on the pages inside from maths, physics and chemistry.

“By the time I was 21, I was operating in four different countries and managing a team of 22 employees.”

As well as the scientific formulas, the spiral-bound notebooks featured a variety of games and titbits of useful information on additional pages throughout.

While in operation, Realister reached a net revenue of $1m (£770,000) from serving markets in Estonia, Latvia, Lithuania and Finland.

Sten sold the business in 2013, but it still operates today under the new ownership.

After a short stint producing a national newspaper for university students in Estonia, Sten realised that entrepreneurialism was his calling.

This search took him to the UK, where he plied his trade at a sales company before moving on to luxury peer-to-peer accommodation firm onefinestay.

Sten says: “After this second business, I realised that I wanted to build businesses to solve great problems.

“I decided the opportunities to do this were greater in London, so I bought a one-way ticket six months ahead.

“Firstly, I worked for an outsourcing company doing sales, but I felt like I wanted to grow the business more than the founder did, which made me realise that it wasn’t the place for me.

“Then I came across onefinestay when it was very early on in developing the business – it had about 20 to 25 people.

“While I was there, I had to hire 240 people in a three-week period, which taught me a lot about how to build infrastructure processes within a company.”

After moving to Deliveroo from onefinestay, Sten encountered similar issues to those he dealt with in his former role.

“It was the same story here. How do you handle 20% week-on-week growth? Not just month-on-month or year-on-year.

“How do you go from a team of five to 60 in five weeks and still make it all scalable? There were lots of lessons there learned from numerous errors.”

Perhaps the biggest lesson Sten learned, however, was that traditional insurance didn’t fit the needs of Deliveroo drivers, and this same problem could be identified throughout the gig economy.

It was this realisation that led Sten’s colleague Harry Franks, Deliveroo’s head of procurement at the time and former onefinestay colleague, to theorise the solution that would later become Zego.

Sten says: “My co-founder Harry initially had the idea for Zego when he was looking into problems with insurance from Deliveroo’s perspective.

“Deliveroo’s pitch to drivers was ‘come and work for us, we’ll pay you per job, we can’t guarantee your income but we want to see your insurance certificate before we interview you’ – which is not a great sales pitch.

“And then we thought: ‘Well, why can’t you just do insurance by the hour?’ It just makes sense that you work and you’re covered for that exact time.”

This is exactly what Zego did, with the assistance of its third founder.

After a mixed reception from the many insurance companies approached by Zego, some of which remarked that hourly insurance was “a horrific idea”, the start-up finally found a backer willing to underwrite its policies.

With an insurer on board, Sten wasted no time enlisting the help of former onefinestay colleague Stuart Kelly, the engineer responsible for building the front-end platform for the high-end short-term letting company.

He says: “Stuart worked with us at onefinestay as well – he was one of those engineers who I thought was incredibly smart and switched on, and easy to work with.

“I saved his name in my black book in case I wanted to get in touch with him one day, and then once we started this business we thought it would be a good idea to talk to him and ask for advice.

“As we went to ask for advice on how to build the platform, he turned around and said: ‘Actually, it’s pretty cool, let me build it for you’. That’s how it started.”

Sten claims the process of obtaining regulation as an insurance intermediary from the Financial Conduct Authority, building the front-end of its insurance platform, and launching its first product took only six weeks.

Remembering the start-up’s first sale fondly, he adds: “We turned it on in the morning and there was silence – phones weren’t ringing, nothing was happening, and then we went and started handing out flyers.

“Harry and I were doing customer service at the time as well, so all of the calls were coming to our mobiles while we were flyering – and then we signed up our first customer.

Zego’s headquarters in London’s “hipster” Shoreditch district are owned by Techspace, an office space rental firm specialising in start-ups beginning to take their business from proof of concept to scale-up operations.

Despite being part of the booming tech hub and working alongside neighbouring start-ups, Sten says that Zego has its own distinct culture.

He adds: “If I see rubbish in the office, I’ll pick it up – there’s no job that’s beneath me because it’s our company and our environment.

“One of the key things we agreed to always live by is that we’ll always make the best decision for the business.

“If, one day, what’s best for the business is for me to be a customer service agent or do the dishes, I will do it.

“There’s no egos as such, and that’s how you can build truly great businesses, because you have to put the business first.

“We are here to solve problems and build an amazing business and products for our customers, and we’ll do whatever it takes to achieve that.”