Coatings for steel buildings: How paint can save lives through passive fire protection 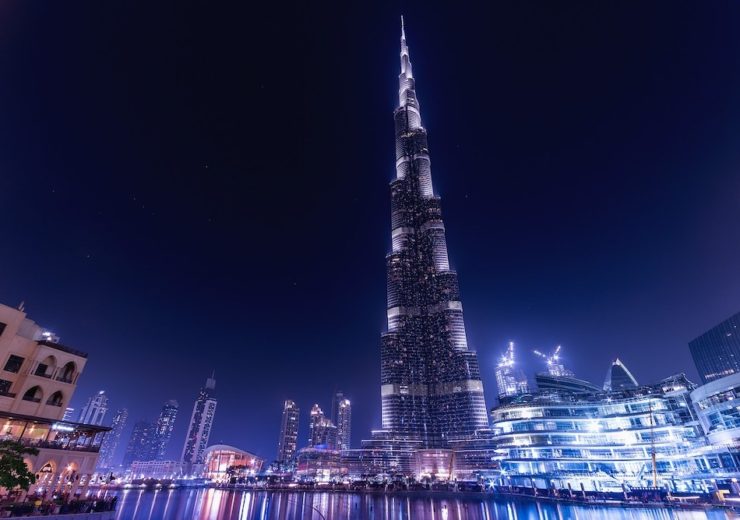 The tallest building in the world, the Burj Khalifa is one of the many iconic structures made from steel (Credit: Pixabay)

From the iconic Eiffel Tower to the mighty Burj Khalifa skyscraper, steel provides a muscular backbone to construction projects the world over – but it’s little-noticed coatings that make the material truly Herculean. Tom Parker speaks to innovators creating passive fire coatings that tackle the metal’s Achilles heel of heat – and explore how they’re making life safer for the global population.

Steel can be traced back almost 4,000 years to the dawn of the Iron Age, with archaeological excavations finding examples of the material dating from around 1800 BC.

Although used for a vast and diverse array of items, from Roman and Samurai swords to Isambard Kingdom Brunel’s railway and Henry Ford’s Model T automobile, it wasn’t until the early 1800s that steel was employed within construction as part of the Industrial Revolution.

Since then, its use in the building industry has become the backbone of world-steel production, accounting for more than 50% of its usage, with the market size estimated to surpass $78bn by 2024.

The safety of steel constructions during a fire

Yet despite its outward strength, the versatility that comes from its malleability when heated, also becomes steel’s most feared weakness when in situ.

So, with the material’s prolific usage — especially in large construction projects — how do people working or living in steel-frame buildings stay safe in the event of a devastating fire?

According to architecture, engineering and construction firm Vertex, in the midst of a near-fully-developed fire — around 815 Celsius — steel’s strength and stiffness can plunge by nearly 50% leading to a loss of structural integrity.

Such critical conditions can be reached in just 10 minutes.

Due to the limited time this leaves for an evacuation, solutions had to be found to allow occupants of steel-based structures to get out in the event of a fire.

One solution to this problem was the development of specially designed coatings that react with fire to produce a foam known as passive fire protection.

Kees Van Vliet, a technical director of protective and marine coatings at PPG — one of the leading innovators in this field — says: “They are fire protection systems intended to extend the time to evacuate steel buildings.

“There are chemicals in the coatings which react together in the event of a fire to form gases, at the same time the binding system melts a little bit.

“The sort of liquid material with the gas then forms bubbles and fog and the foam insulates the steel from heating.

“This means it takes a longer time to reach the temperature where steel loses its structural integrity, giving more time for an evacuation.”

Van Vliet says, depending on how much is applied, a coating can extend evacuation time by up to three hours.

He says: “Firstly we develop a product that can cope with what the fire protection industry calls cellulosic fires or a wood fire, for properties such as hotels, where the temperature rises like a curve.

“And then there are hydrocarbon fires, that’s a fire that occurs when there’s a large amount of hydrocarbon material like gasoline on fire and a much more aggressive fire which first of all drives up the degrees.

“In such a fire, a lot more hot gases are going around at high speed, and that’s quite abrasive.

“So our system is designed for several loaded fires, it will develop into a very soft and fluffy foam.

“However, in a hydrocarbon fire, this will be blown away, so we developed a system which builds a much more mechanically still foam, using a different resin technology.”

Although PPG has been innovating in this field for around 20 years, the idea was originally developed in the UK for oil company BP.

The decision followed a test, lasting 80 minutes, to see if the foaming concept would keep the steel core below 400 degrees for an hour.

In its research, the team found the temperatures registered after one hour from the two specimens tested were 156 and 291 degrees.

Van Vliet says: “After this, standards were made because, in the oil industry, technology like this is critical.

“As a spin-off of this, the cellulosic fire protection was developed.”

Governmental regulations for steel constructions in the event of a fire

The Construction Products Regulation (CPR) 2011 laid out by the European Union (EU) was developed to harmonise performance information in the construction of products across the EU.

On receipt of the requirements outlined by the CPR, a construction receives a CE marking which confirms a build complies with relevant safety, health or environmental regulations across the European Economic Area.

One issue that must be addressed to receive this marking involves fire resistance, with a stipulation being the need for an element in the building to be resistant to fire penetration.

The International Building Code (IBC), developed by the International Code Council to develop provisions intended to protect public health and safety, states the minimum requirements for fire safety include the controlling and extinguishing of fire.

In order to use passive fire protection technology, the coating product used must have certification from the country in which its use is proposed.

In the EU (apart from the Netherlands, Germany and the UK) coatings must have an EN1364 certificate.

To receive this, the product is required to be able to keep structural integrity during a fire for at least 20 minutes.

Due to the need to abide by the requirements, most people involved in the construction industry traditionally work with products such as those developed by PPG, as they are better-established and well-respected within fire safety circles.