Branding has become an undeniably vital part of sport, with professional athletes across the globe registering various celebrations and victory dances in a bid to expand their profiles 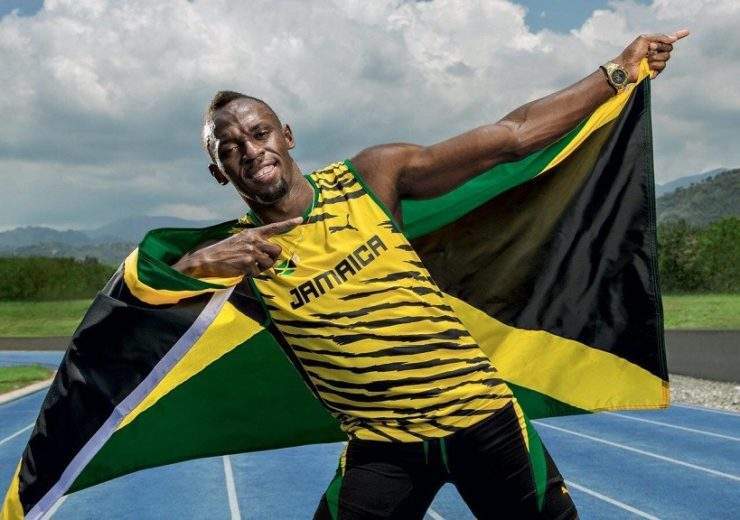 Usain Bolt's celebration has become one of the most iconic images in sport (Credit: Usain Bolt Facebook)

In order to become a legend in today’s world a sporting star has to do more than excel at the game they play – they also have to be experts in branding and that’s probably why sportsperson trademarks are cropping up all over the place at the moment.

Here we profile eight sporting stars who’ve expanded their profiles through the use of trademarks and personal logos.

Bidding for his sixth Australian Open title this January, 20-time grand slam champion Roger Federer’s trademark had become a staple of his sports attire until last year’s Wimbledon when it was conspicuously absent.

This is because it’s actually his former sponsor Nike who owns the logo, and retained after Federer signed a new deal with Japanese retail firm Uniqlo.

The Swiss seems confident he will ultimately gain control of the trademark, however, and said in a press conference last year: “The RF logo is with Nike at the moment, but it will come to me at some point.

“I hope rather sooner than later, that Nike can be nice and helpful in the process to bring it over to me.

“They are my initials. They are mine. The good thing is it’s not theirs forever. In a short period of time, it will come to me.”

Ronda Rousey: The Rowdy Ones

UFC star Ronda Rousey owns “The Rowdy Ones” trademark, which appears on the clothing sold by her company Rowdy Ronda. Inc.

The 31-year-old is currently signed to WWE, acting as the current Raw Women’s Champion, with her nickname “Rowdy” having been inherited from the late professional wrestler Roddy Piper.

Since then, London-based consultancy Brane has worked with the 29-year-old winger to developed an official logo inspired by the celebration, which now appears on a range of merchandise such as clothing and footwear.

Long-distance runner Mo Farah registered his “Mobot” symbol during a memorable Olympics campaign in which he claimed gold medals for the 5,000 and 10,000 metre races.

The move was originally invented during an episode of the Sky TV series A League of Their Own when host James Corden challenged the panellists to invent a victory dance for the 35-year-old and journalist and author Clare Balding suggested the idea.

Owing to his competitive spirit and rampaging style of play on the court, 17-time grand slam champion Rafael Nadal has earned himself the nickname “raging bull.”

His personal logo has been designed accordingly, depicting the horns of a bull rather than his initials as the majority of those of his fellow tennis players do.

Just like Federer’s trademark, Nike own’s Nadal’s logo and it appears on his sponsored clothing and all merchandise associated with his brand.

Another of the major sporting legends sponsored by Nike, Tiger Woods’ trademark has gone through various permutations over the years.

Its most recent iteration was announced at the tail-end of 2016, with the new TGR branding now acting as a common theme across all the ventures associated with the 43-year-old such as his events company TGR Live.

The 14-time major champion said: “What you see here is more than just a logo – it’s the symbol of our future, a mark that proudly shows our mission and beautifully tells our story to the world.”

Ahead of his team’s first appearance at the 2018 FIFA World Cup, England midfielder Jesse Lingard trademarked his signature “JLingz” celebration.

The 26-year-old filed for the trademark via his company JLINGZ LTD, for which he acts as a director alongside his brother Louie Scott.

Arguably one of the prime examples of how an eye-catching celebration can propel your profile to new heights, 100-metre miracle worker Usain Bolt’s signature “lightning bolt” move has become an indelible image in the sporting world.

What some might not be aware of, however, is that the 32-year-old’s trademarked celebration isn’t actually inspired by lightning.

Its origins can actually be traced back to a 2010 Jamaican tourism advertisement.