In a special 2019 series, Compelo is shining a spotlight on South Africa. Here, Dan Robinson profiles some of the emerging entrepreneurs in South Africa, who are helping to grow the economy of both country and African continent 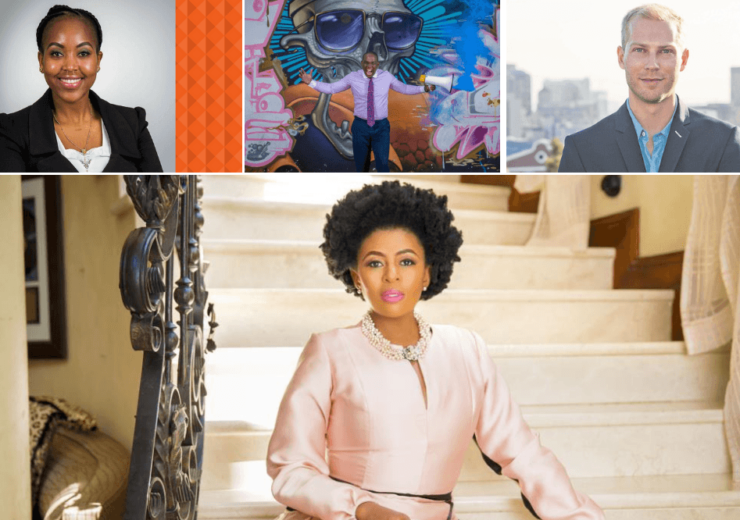 As the birthplace of Elon Musk, South Africa is associated with one of the world’s most prolific entrepreneurs as the SpaceX and Tesla founder continues to capture headlines.

But look beyond the eccentric entrepreneur-turned-CEO and there’s a thriving eco-system packed with aspiring businessmen and women.

We take a look at some of the rainbow nation’s up-and-coming entrepreneurs.

As co-founder and CEO of Rikatec, Rivoningo Mhlari has created technology that uses predictive analytics to keep vehicles on the road.

Rivo initially set up the company, based in Randburg on the outskirts of Johannesburg, as a marketing consultancy to host events and advise small businesses on strategy.

He used the money he made to develop prototypes of the data analytics software that he had initially pitched to 11 manufacturers and insurance firms – only to have been rejected.

After making it a success in reducing operational costs for fleet managers, the 24-year-old was named in the Forbes 30 Under 30 list of young technology entrepreneurs for Africa in June 2018

He was also listed as one of ten young African technology entrepreneurs to look out for by IT News Africa the following month.

Winner of the World Economic Forum’s five top female tech entrepreneurs in Africa, Darlene Menzies is technology innovator who has established a number of fintech companies.

She is currently CEO of Finfind, an online platform that helps start-ups find funding. Launched in 2015, it now has more than 120,000 users and has facilitated more than 90,000 loan leads for SME lenders.

Her recognition from the World Economic Forum came 16 years after she left her corporate job in IT outsourcing to venture into the world of business.

It wasn’t an easy journey, however, as Darlene started six companies and got liquidated three times before she found success.

Other businesses she set up included The Development House and SMEasy Business Software – both tech firms aimed at the small business and start-up market.

By 2017, she had raised 35m rand (£1.9m) in investment, while she has been a passionate advocate of how business can play a leading role in the fight against poverty in Africa.

Her personal motto is “to live an extraordinary life, you must resist an ordinary approach”.

A mechanical engineer by background, Nneile set up biotech company iMed Tech in April 2015 after carrying out a research topic in which she used 3D printing to create facial prosthesis for people who lose facial features due to cancer.

Her Johannesburg-based company specialised in using technology to create medical designs that could fill the gap of a growing prosthetic demand in South Africa and she received funding after winning the SAB Foundation social innovation award.

It led to her being named in the Forbes 30 Under 30 list for Africa’s young technology entrepreneurs last year and she became a director of the Rhulani Mokwena Foundation – which aims to enhance the quality of football coaching in South Africa in order to achieve sustainable development goals – and fellow of the Harambe Entrepreneur Alliance, a network of 250 African businessmen and women.

For the past 17 years, Vusi Thembekwayo has travelled the world as a business speaker, claiming to be the most sought-after from Africa.

Alongside his role in coaching others, he has achieved plenty of success as an entrepreneur and business leader in his own right.

He now serves on several boards and is CEO of boutique investment firm My Growth Fund and IC Knowledge Bureau, which helps businesses create better leaders, strategies and working cultures.

Vusi also claims to have many ideas on how to solve economic issues in Africa, manning a mission to “change the African narrative by challenging the mind-set and approach towards achieving economic freedom”.

For many small businesses on tight budgets, hiring a chief financial officer can be an unattainable dream.

Recognising this, Louw Barnardt set up Outsourced CFO, which provides the financial advice and planning that will help SMEs to scale sensibly.

The company offers chartered accountants and finance professionals as consultants for a specific amount of hours each week that are tailored to its tech and innovation clients.

Louw, who is also CEO of a Cape Town property business and co-founded venture capital firm Glenheim, won the Entrepreneur of the Year competition in South Africa, backed by Sanlam and Business Partners, in the emerging entrepreneur category last year.

He was also named among the South African Institute of Chartered Accountants’ (SAICA) Top 35 Under 35 list of chartered accountants in 2015.

She became one of the country’s youngest black female directors after becoming a joint shareholder of Tswelopele Productions – which later listed on the Johannesburg Stock Exchange – in 1995.

She remains executive chairwoman and has gone on to become a board member at numerous other companies involved in diamond mining, coal mining, property and travel management.

Basetsana also launched her own clothing, eyewear and cosmetics range, called Bassie, which was stocked in more than 250 stores in the Sub-Saharan region.

The 45-year-old, who is president of the Business Women’s Association of South Africa, has won numerous awards for her role in developing the South African economy.