The benefits of the smart city model have been well publicised, but a quieter revolution is happening in the Welsh town of Llanelli as it bids to become one of the UK's first smart towns 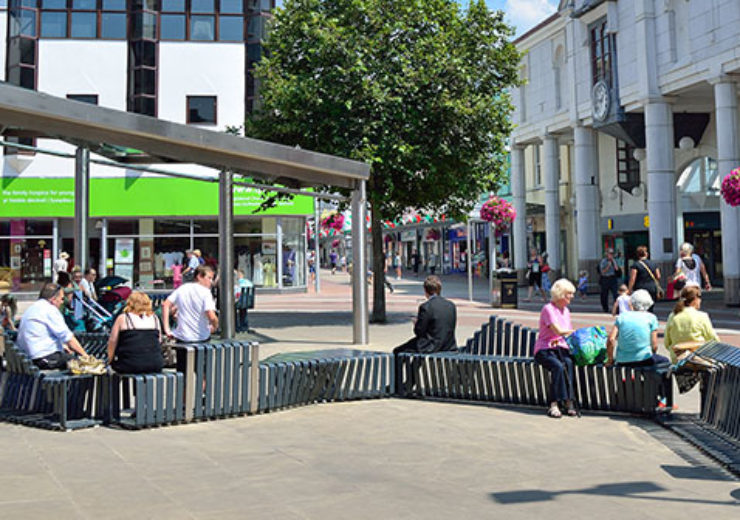 As technology and infrastructure in major cities advances, rural populations are at risk of being left behind. Barry Kirby, managing director of K Sharp consultancy is on a mission to get the smart town concept off the ground and, in doing so, keep town centres relevant.

The smart cities market is expected to top $2.5tn by 2025, as local councils and governments look to reap the benefits that new technologies and connected public services bring to business and leisure activities.

Yet, while urban areas get much of the attention and investment through embedded information and communication technologies working with the likes of transportation, energy and the delivery of utilities, towns and villages are increasingly at risk of being left behind.

Managing director of K Sharp technology adoption consultancy Barry Kirby is looking to replicate some of the innovations in cities across the world in the modest setting of Llanelli, in Wales.

“Towns have been left out — the attention has been on smart cities because they get massive take-up straight away,” he says.

“We’re seeing UK towns whither, so what we’re trying to do is give people a reason to explore their local town centres again.

“By taking a similar approach to smart cities, we can engage with more people, bring together independent businesses and promote local events.”

What is a smart town?

According to the most recent government statistics, nearly 18% of the UK population lives in a rural area. With much of suffering from a lack of investment in the most basic smart technologies.

Despite government putting fund into improving broadband connections for rural businesses and communities, the UK’s towns still lag behind cities.

Kirby explains: “Suburban areas are missing out on the benefits and small businesses are migrating out of towns into cities and business parks.

However, he says it is not simply a case of copying and pasting ‘smart’ initiatives from cities to towns.

Kirby says: “Part of the challenge is thinking differently for towns — not every smart city project would work in a small town.

“They’re not as big and their infrastructure is older.

“We need to look at ways to integrate this smart technology in a way that’s sympathetic to the area that it’s in.”

According to Kirby, the best way to do this is to seek a balance between the idyllic way of life enjoyed in many rural areas enjoy and the technological backbone embedded in many cities.

He claims: “It’s not just a case of planting technologies in — it needs to be done sympathetically.”

Many of Kirby’s initial ideas for his home town of Llanelli in Camarthenshire, Wales revolve around a smart app.

Kirby believes the app could be a “windfall for the whole economy”, encouraging more people to use local services.

The town, which has a population of just under 50,000, has previously experimented with free town centre parking to help reinvigorate the local economy.

Kirby sees the smart app as a modern approach to the same problem.

He adds: “We want to stop high streets dying off and we can’t just hope for a return to the past.

“We need to look forward and ask people what would make them visit. This smart approach is a key way of doing that.”

Although the concept is currently in the embryonic stage, it has gained the attention of the local assembly member for Wales, and Kirby hopes the idea will be taken up by the local council.

He says: “I want to see the local council champion this idea because we’d like to see some broader integration of services, such as transport and health, into the smart town plan.

“It needs an open architecture approach to work out how best to use peoples’ data for the good of the residents.”

Another concept for the app copies similar smart city models that seek input from residents on improvements they would like to see made to the local area.

Kirby says: “The questionnaires that currently get sent out by local government are typically answered by two different types of people — those that are very pro or against whatever the proposal is.

“The vast majority in the middle don’t engage at all.

“If we had an app that used gamification techniques to make the questionnaires more interesting and useful, local government will be able to get a better idea of what people actually want.”

Looking further into the future, Kirby believes Llanelli could host a smart town conference and provide a model for others to follow.

Inspiration for the smart town project has come from as far afield as Singapore, which Kirby claims has “taken the idea to the extreme”.

Singapore is one of the first countries striving to develop a smart nation.

The approach, which aims to transform the Asian island city-state through technology.

Its key initiatives include the introduction of a national digital identity, trials of autonomous shuttles and government apps.

The ambition is to create a sustainable town and provide a model for other Japanese conurbations as the country attempts to provide for its ageing population.