Slack is one of several new enterprise software options that are looking to replace email as the go-to means of messaging at work. Sam Forsdick talks to Neil Shah, senior director of strategy and analytics at the San Francisco tech giant, about the latest enterprise software trends and the future of communication in the workplace 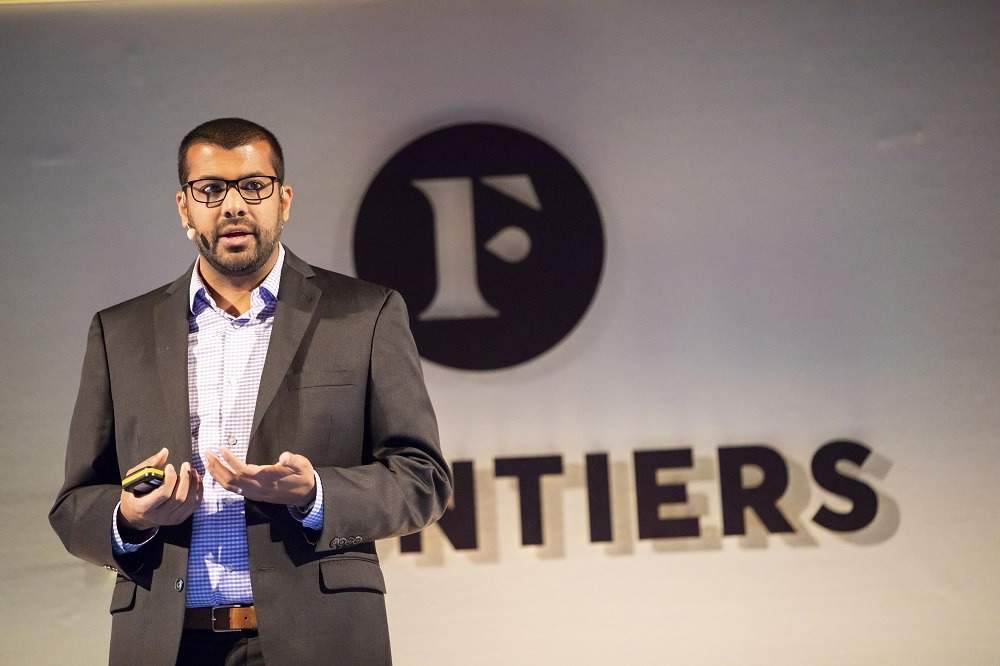 Slack’s inexorable rise is proving the demand for sleek and efficient enterprise software is high.

Companies such as 21st Century Fox, challenger bank Monzo and co-working business WeWork are among the many companies using Slack.

Neil Shah has been with the company for three years and works as senior director of strategy and analytics at the software company.

He believes the “viral adoption” of Slack is the main underlying factor in the company’s rapid growth.

“I spent time at Twitter prior to working at Slack and Twitter acquired a company that nearly blew off the deal because it wasn’t allowed to use Slack.

“I’ve never heard of that within enterprise software – that for me was unprecedented.

“When I came over to the company, I saw how the user-first mentality was embedded into the culture of the organisation.”

Latest enterprise software trends: How our relationship with technology is changing our working habits

Neil draws parallels to the adoption of the iPhone as the smartphone of choice for businesses.

“It always used to be Blackberry devices as the professional choice,” he says.

“The growth of iPhones was a result of users saying that was the device they wanted to use because it delivers the best user experience.

“It’s been the same with Slack – we’ve seen people go to IT departments and say, ‘this is the service that delivers the highest productivity and value for us so we need you to be able to support that’.”

As access to the latest technology becomes cheaper, the requirements expected of business technology and the software that runs on it have also increased.

“There are a lot of underlying trends and momentum around enterprise software,” Neil says.

Another wider technological trend that’s impacting on the enterprise software market is the use of messaging as a primary means of communication.

Neil, who is based in Slack’s San Francisco head office, says: “From my own personal experience as a consumer of technology, messaging is the main means by which I communicate.

“If I call a friend, their immediate response is to check if everything is okay.

“Phone calls represent an emergency situation outside of calling to catch up and now that trend is moving over to the workplace.”

Latest enterprise software trends: A change in expectation for the next generation of tech-savvy employees

Millennials now make up one-third of the current workforce but their demands are different from the previous generation of office workers.

A study by Penn Schoen Berland found that 42% of millennials would leave a company if it had “substandard technology”.

As a result, Neil thinks organisations should be putting more consideration into how they invest in “their most valuable resources” – their employees.

He says: “When I first saw the 42% figure, it seemed higher than I would’ve imagined but I think what it really represents is a shift in the workforce.

“When you think about this new generation and the way we now consume technology, things have changed.

“Imagine if I gave you an iPhone and said you could only use ten apps – that experience would be very frustrating for you.

“We’ve become accustomed to this world where we can try out new software and applications. If we like it, we use it and if not, we can shut it down and move on to the next one.

“That expectation is now following people into the workplace.”

With the enterprise software market anticipated to exceed $575bn by 2024, Neil believes the proliferation of software is facilitating a need for Slack.

“It’s becoming overwhelming for individuals within companies to navigate so many different pieces of software, especially when they don’t connect with each other.

“With the speed of innovation that happens within the market today, there is more of a need for increased transparency among teams and a drive to alignment that is more fluid.

“No longer are you based on individual departments – companies are based on cross-functional teams that work across organisations.”

Latest enterprise software trends: The need for agility in the workplace

Looking to the future, agility is going to be the key differentiator between the top companies, according to Neil.

“Not long ago, we were in an environment where the largest companies in the world had this stigma that they were slow-moving and bureaucratic.

“Now, the biggest companies in the world are growing at 30% every year and they are able to take advantage of changes in market conditions.

“In most organisations, you can no longer use a small size, such as being a start-up or emerging company, as an advantage because the largest companies are able to do the same.

“So it puts even more pressure on this next crop of companies to be even faster, and where the focus is on organisational agility, being quicker at innovating and faster to market.

“Companies are going to have to look at how they shave seconds and minutes off processes and working off feedback from the market more quickly.”