Six Nations 2020 sponsors: Which team comes out on top for biggest deals?

If the Six Nations title was decided purely on money, England would come out on top as the team with the highest value sponsorship deals 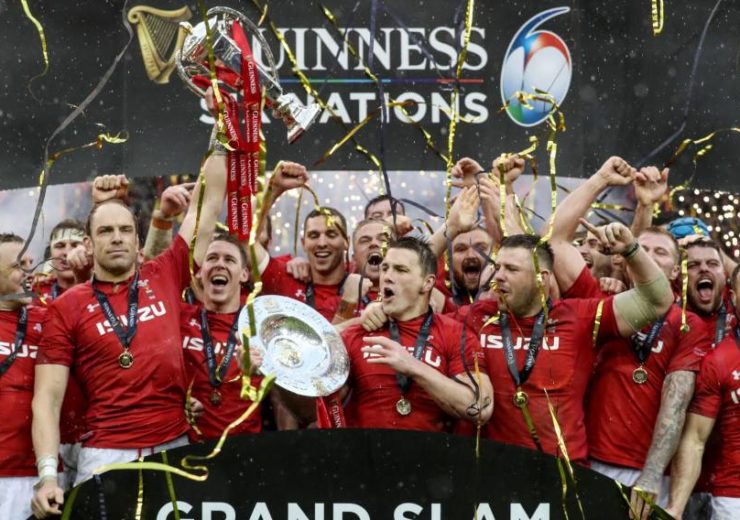 Guinness is the headline sponsor of the Six Nations, which was won by Wales in 2019 (Credit: Six Nations)

From Gilbert rugby balls to pints of Guinness, some brands go hand in hand with the Six Nations – with many returning as sponsors for the 2020 tournament.

The annual competition, which runs from Saturday (1 February) to 14 March, pits together the biggest teams in the northern hemisphere.

Rugby World Cup finalists England will hope to secure their first grand slam since 2016 but will face competition from France, Wales, Ireland, Scotland and Italy.

Guinness, owned by multinational drinks conglomerate Diageo, returns for the second year as headline Six Nations sponsor as its six-year contract continues, with sports market analysis company Sportcal estimating it will spend $10.62m on the deal in 2020.

Sportcal head of sponsorship Conrad Wiacek says: “Rugby is in a tricky spot with regards to partnerships as the sport seems to want ‘football’ money but without the audience to underpin that.

“It means the Six Nations is in a tricky spot as it demands a premium for a short tournament that, although popular, doesn’t capture the public imagination in the same way as the Euros or World Cup can. It doesn’t help that the competition is not as even as it once was.”

“This is put into context by team sponsorships. England’s Rugby Football Union is able to generate numerous sponsorships with strong value given their position in rugby – arguably only New Zealand have a stronger profile – so commercially, they will generate more interest.

“That said, all the nations bar Italy have a strong list of partners due to the fact the sponsors can activate and build a relationship throughout the year, as opposed to the six or seven-week window provided by the tournament itself.”

Using Sportcal’s analysis, NS Business ranks the Six Nations teams according to sponsorship deals that have been confirmed in time for the tournament.

Arguably the biggest team in the Six Nations – England are the only team to have won the World Cup – it’s perhaps no surprise that England attract the most revenue from sponsors.

The RFU has signed 21 confirmed deals, including nine worth seven figures, across a range of industries such as sports, hospitality, alcohol, IT, financial services, automotive, aviation and insurance.

O2 – and its previous guise as BT Cellnet – has been involved with the England rugby team since they turned professional in 1995 and now spends $10m per season as the main sponsor, which involves having its logo on the shirt.

Stockport-based sportswear company Canterbury also continues as the kit supplier in a partnership that began in 2012 after it took over from a long-term Nike, and now spends $8m per year.

There’s a very domestic feel to many of the sponsors, with UK-based companies like British Airways, Virgin Active, Britvic, Greene King, Tyrrells and Gilbert among the partners – although the presence of French champagne house Bollinger, Japanese car maker Mitsubishi and US computer giant IBM represent the wider appeal of the England rugby team.

Despite having a population of only three million – a mere one-eighteenth the size of England – Wales are a major force in the world of rugby, reaching the World Cup semi-final in 2019 and boasting the most Six Nations titles with 39 victories.

And it’s not just on the pitch where it’ll be giving tournament favourites England a run for their money, as the principality’s Welsh Rugby Union follows closely behind in the sponsorship stakes with 14 valuable partnerships.

Its $12m-a-year deal with multinational contract catering firm Compass Group is the largest individual agreement of all the teams.

Compass first signed up in 1999 when the Millennium Stadium – now known as the Principality Stadium as part of a $2.3m-a-year naming rights deal with Principality Building Society – opened and its current deal runs until 2024.

While the $4m-a-year contract with Under Armour was due to run until 2024, the WRU announced in April 2019 that it would end the deal early, meaning this will be the last Six Nations in which it wears the US brand’s kits.

Japanese pick-up truck brand Isuzu continues to be the name on players’ chests in a deal worth $3m annually, while the official stadium and online stores are run by Florida-based sportswear and merchandise retailer Fanatics as part of a $4m yearly agreement running until 2027.

There is a strong French flavour to the Les Blues with a number of iconic companies among the eight sponsors of the national team.

Le Coq Sportif’s rooster emblem has sat alongside the country’s official Gallic cockerel on the famous blue shirt since 2016 after the French sportswear brand signed a six-year sponsorship deal to replace Adidas worth $6m per season.

Below those badges is the bird of Altrad Group, a global supplier of construction equipment headquartered in Montpellier.

It’s responsible for the French Rugby Federation’s largest sponsorship deal at an annual $8.15m, running until 2023.

Keeping with the Gallic theme, Paris-based investment bank Société Générale – which has a deep relationship with French rugby stretching back to the 1980s and was an official Japan World Cup sponsor – backs the team to the tune of $5m per season, while French multinational telecoms firm Orange has a $2m annual agreement with the team.

Telecoms company BT is the biggest backer of the Scotland rugby team with an $8m annual sponsorship deal that includes naming rights for the 67,000-seater Murrayfield stadium.

Also among the 20 sponsors is French catering giant Elior. The company, which has contracts with the UK’s Ministry of Defence and HMNB Portsmouth, spends $4m a year.

Italian sportswear brand Macron, which has been the sole kit supplier since 2013, continues its partnership after renewing a deal that rises in value from $1m to $1.5m starting this year.

The agreement runs until 2026, making it the second longest sponsorship deal in history for Scotland Rugby Union – just behind the Famous Grouse link-up that ran from 1990 to 2007.

Like other Six Nations teams, there’s some native backing among the sponsors, with Glasgow-brewed Tennent’s Lager a $1m sponsor and scotch whiskey brand Johnnie Walker the official whiskey partner.

The latter is part of a three-year deal signed last year with Diageo, which Sportcal’s Wiacek notes is part of the alcohol conglomerate’s wider promotional campaign in the tournament.

He says: “Diageo owns Guinness, which is the title sponsor of the tournament itself and given it has partnerships in some form – either centrally or via a particular brand – with most teams, it seems the strategy is to have some sort of presence across the whole tournament, at both a top level and by activating team partnerships throughout the tournament as well.”

Having gone into the World Cup as the world’s number one ranked team, it’s a surprise for Ireland to be fifth in the Six Nations sponsorship rankings.

It means kit supplier Canterbury remains the most valuable of eight confirmed sponsors in a deal worth $4.79m per season.

Ireland are one of only two teams wearing Canterbury strips at the Six Nations despite the brand being one of the leading sports brands in rugby.

Wiacek says: “It is interesting to see it’s not quite as dominant as it once was in this space, with Macron, Le Coq Sportif and Under Armour taking inventory away from it.”

One renewal that has been publicised is with Vodafone, which the telecoms service increasing its expenditure from $4.17m per year to $4.42m.

The contract involves expanding its sponsorship to cover the women’s team along with PwC.

No stranger to the Six Nations “wooden spoon”, Italy easily rank bottom of the table off the pitch as well as propping it up for the past four years.

Rugby is no match for football, the country’s national sport, meaning the commercial strength of the Azzurri is very minor in comparison, with only two confirmed  sponsorship deals.

Despite sportswear brand Macron’s home being in Bologna, the company spends double the $750,000 it gives Italy on its Scotland deal.

Verona-based insurance group Cattolica Assicurazioni has been the shirt sponsor since 2018, when it signed a seven-year deal worth $2.5m per year.

It replaced Cariparma Crédit Agricole, the Parma-headquartered banking group that had been a partner since 2007 at $2.3m per year.