Sir Philip Green, the self-styled rags-to-riches billionaire, was revealed as the businessman at the centre of the British #MeToo scandal having been accused of sexual harassment and racial abuse 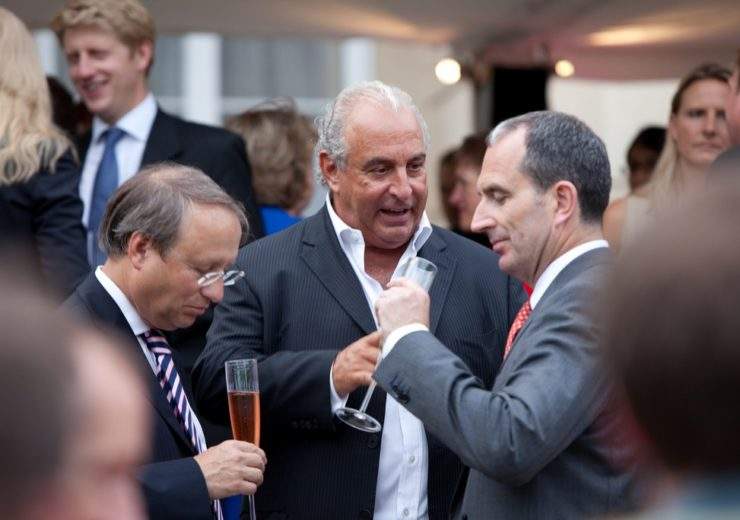 Sir Philip Green’s colourful career took its latest twist when he was named in Parliament as the mystery businessman alleged to have been involved in sexual harassment, racial abuse, bullying and intimidation by a report in the Telegraph.

A series of non-disclosure agreements prevented The Telegraph from disclosing his identity.

However, Lord Peter Hain opted to reveal the 66-year-old’s name under parliamentary privilege.

Speaking in the House of Lords today (25 October), he said: “I feel it’s my duty under parliamentary privilege to name Philip Green as the individual in question given that the media have been subject to an injunction preventing publication of the full details of this story which is clearly in the public interest.”

Sir Green, who was born into a middle-class Jewish family in Croydon, South London, made his money through building a his retail empire, predominantly in the fashion sector.

He broke into the retail sector at the age of 21 after receiving a £20,000 loan from his parents.

With the money he set up his own clothing business, importing jeans from Asia and selling them on to London stores.

In 1985, he purchased the fashion chain Jean Jeanie for a sum of £65,000 – his first substantial acquisition.

He steadily built his portfolio through a series of purchases and sales, including the purchase of British Home Stores (BHS) for £200m in 2000.

He is chairman of Arcadia Group, which he bought for £840m in 2002, a retail company that includes Topshop, Topman, Wallis, Evans, Burton, Miss Selfridge, Dorothy Perkins, and Outfit.

Sir Philip’s companies have been involved in several scandals, in addition to the sexual harassment and bullying allegations made against him most recently.

In 2005, his wife Tina Green – who he lives with in Monaco – became the legal owner of the Arcadia Group in a £1.2bn deal, which reportedly lowered the company’s tax liabilities.

His company was also the subject of a Channel 4 dispatches programme that accused him of using sweat shops and paying workers in Britain less than half the minimum wage.

The sale of BHS for £1 in 2015 after the company began performing poorly in the market.

The collapse of the high street retailer led to a loss of 11,000 jobs and a pensions deficit of £571m.

Only after an appearance before a select committee and intervention from the Pensions Regulator did Sir Philip agree to contribute £361m to fund the BHS pension scheme.

Commenting on Sir Philip, former shadow business secretary Angela Eagle, said: “In this situation it appears this owner extracted hundreds of millions of pounds from the business and walked away to his favourite tax haven, leaving the Pension Protection Scheme to pick up the bill.”

Following the collapse, there were calls for him to lose the knighthood he received in 2006.

In Forbes magazine’s most recent list of billionaires, Sir Philip is recorded as having a net worth of $4.8bn (£3.74bn) and is the ninth richest Brit on the list.

He is a supporter of charities including the Fashion Retail Academy and Retail Trust.

Sir Philip donated £250,000 to help find missing toddler Madeleine McCann in 2007 and about £300,000 for new beds at the Royal Marsden Cancer Hospital in London, where his mother-in-law died.

The Tottenham Hotspur fan has also operated around the edges of football.

Reports in the mid-2000s suggested he helped broker deals for Manchester United to buy Rio Ferdinand from Leeds United and Louis Saha from Fulham.

It’s also claimed he was a “shadow director” at Everton when it was owned by his friend Sir Bill Kenwright, and arranged for Planet Hollywood owner Robert Earl to buy shares from former director Paul Gregg.