Sir Charlie Mayfield, chairman of the John Lewis Partnership, spoke about the major transformation retail is undergoing and why business rates need to adapt at an event hosted by the Resolution Foundation 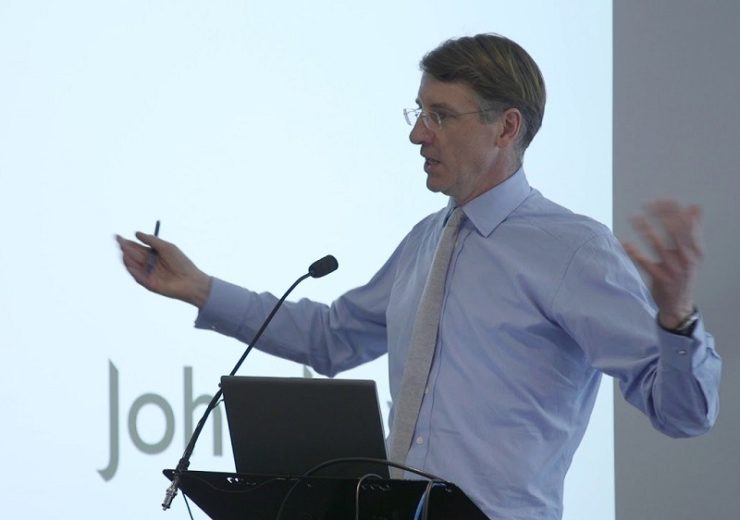 The retail industry isn’t in decline but undergoing “major transformation”. That’s the view of Sir Charlie Mayfield, chairman of the John Lewis Partnership, who also believes business rates and lease terms on shops need to adapt to a changing shopping landscape.

Sir Charlie, who has headed up the parent company of department store chain John Lewis and supermarket group Waitrose since 2007, spoke during a panel discussion at an event today (27 February) to mark the launch of a new study on the future of the UK retail industry by the Resolution Foundation think-tank.

The report, titled Sorry, we’re closed: Understanding the impact of retail’s decline on people and places, found that three million people are employed in retail but its share of the workforce has shrunk by 12% – equivalent to 320,000 lost jobs – since 2003, despite record employment levels.

Compelo was in the audience at the Resolution Foundation’s London office to take in Sir Charlie’s ideas on the future of the industry.

Sir Charlie Mayfield on why the retail industry is struggling

“I don’t agree retail is in decline – it’s in major transformation. We really don’t need to look far to understand why.

“Essentially, we have an industry that’s grown up and created a capacity to serve a level of demand that’s just not there anymore, so we have a supply and demand imbalance.

“Online creates infinite space, albeit virtual rather than physical. The profitability of retailing has halved in the past five years as a consequence, and the industry is reacting to that.

“Many of the challenges faced by the retail industry are pertinent to the whole economy.

“One of the things that happens in retail is people take a distant view of it. They don’t think they’re exciting jobs with much value, but I see a very different reality.

“Retail is the single biggest private sector employer in the country. It’s one of the main destinations for entry-level roles – it’s somewhere people can go after taking time off work for a lengthy period, offers employment close to where you live and allows you to fit work in around the rest of your life.

“Of course there’s job losses but a lot of them are managerial roles that have been taken out because we don’t need as much supervision due to technology.”

“The issue of levelling the playing field between online and physical retailers is a huge subject.

“About 84% of the taxes we pay are business rates and national insurance contributions.

“We have a tax system that actually penalises employers who use lots of buildings and employ lots of people.

“Why on earth would you set out to design the tax system in such a way? And yet we do for all sorts of reasons about how it’s easy to collect and it’s inertia.

“But if we really think these issues are big, we need to have the ambition and drive to be able to tackle them.

“In terms of rents and property structures, we have much longer rent lease terms in the UK than other countries – in the US, it’s generally a five-year lease renewal.

“So what happens in the US is that where you have big changes, the system and the market copes much quicker.

“Shorter lease lengths would encourage more dynamism in the use of space and enable local authorities to be more active in changing things within their areas.”

Sir Charlie Mayfield on the future of retail

“They will be more experiential, which means it requires different skills. There will be higher skills jobs rather than mundane roles.

“I see a future with fewer people but with better jobs and better pay.

“Retail will move from a resource-intensive industry to one that uses more technology and is more service-led.

“The shop as a central focus of distribution is less relevant than what it used to be.

“I don’t subscribe to the notion of ‘save the high street’ if that means preservation for the sake of it.

“We’re not going to change our behaviour – we need to embrace the renewal of all these critical communities and work harder to make them find a new lease of life.”

“Our strategy in the Partnership is we won’t pursue more scale – we’ve stopped opening any new shops.

“But we’re absolutely determined to make the ones we have get better and better, investing in people and technology to deliver better services.

“We’ll never beat Amazon by having better algorithms but there’s a huge opportunity to use our people and technology to offer better service to our customers.”

“I passionately believe businesses need to create a culture of lifelong learning within the workplace.

“There needs to be opportunities for people to gain the personal confidence to accelerate the skills enabling that will enable them to transition through new lines of work.

“Nine in ten people who will be in work in ten years’ time are already in work, so I’d emphasise the workplace becoming a place for learning.”

“I do believe the UK education system needs to be looked at thoroughly. In ten or 20 years’ time, we’ll realise we’ve been fixated on a system of qualification as a proxy for success.

“If you ask people about their education, they’ll tell us about something they did as a child, then maybe between the age of 18 and 22, and then they worked.

“How daft that is though when you think that people are going to be working for 40 or 50 years after university.

“The idea of ‘that was your education and now you’re working’ is totally wrong and dangerous.”