Sheikh Mansour’s business interests: Here’s why the Man City owner is so rich

He came to prominence in the West when he bought Manchester City 10 years ago this month, but Sheikh Mansour's business interests - including investments in Virgin Galactic, Daimler and Barclays - meant his considerable wealth has reached far beyond football 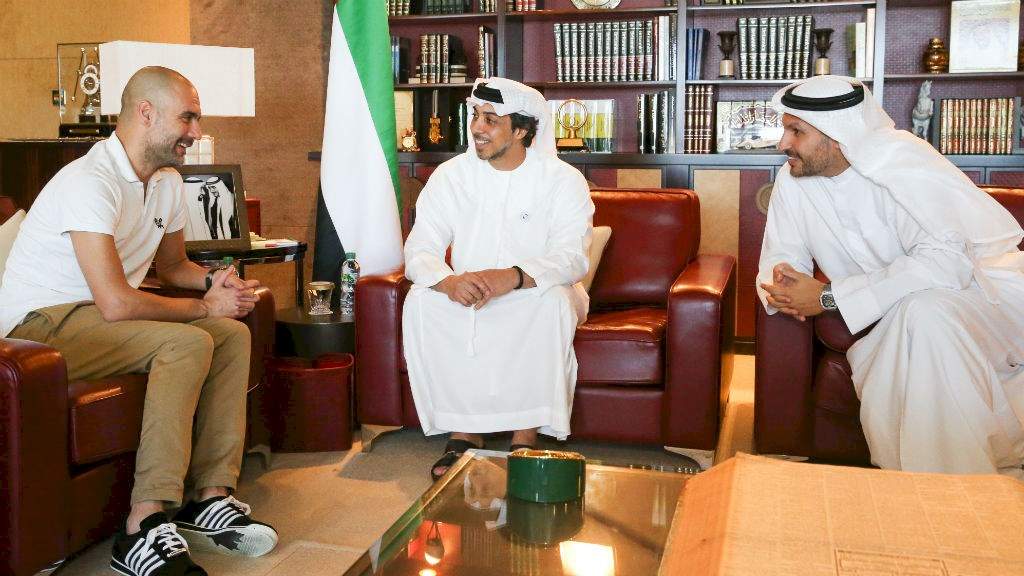 Ten years ago this month, he took a punt in buying Manchester City – but Sheikh Mansour’s business interests and state wealth have bankrolled unprecedented success for the English Premier League club.

The 47-year-old, a member of the Abu Dhabi royal family and deputy prime minister of the United Arab Emirates, and his Abu Dhabi United Group investment vehicle agreed a £210m takeover on 1 September 2008.

He has since pumped at least £1.4bn into a club that had finished ninth the previous season and was without a trophy in 32 seasons – helping himself to some of the world’s best footballers and managers while picking up seven major trophies, including three Premier League titles.

The success has led to a soaring international reputation for a club once dwarfed by neighbours Manchester United, peaking with the release of Amazon’s All or Nothing: Manchester City documentary series last month.

Despite such an astronomical outlay that has paved the way for other huge investors in the sport at clubs including Paris Saint-Germain, Juventus and RB Leipzig, it is just a fraction of Sheikh Mansour’s estimated £17bn net worth – while his Al Nahyan family fortune is said to be more than $1 trillion (£776bn).

But football is by no means the only venture occupying his attention, with Sheikh Mansour’s business interests expanding into space, media and oil.

Despite his family’s serious wealth, as the 11th of the late UAE founder Sheikh Zayed bin Sultan Al Nahyan’s 19 sons means he has had to beat sibling competition to gain the prominence he enjoys.

Having gone to the US to gain a bachelor’s degree in international relations in 1993 – reportedly studying at weekends while his friends left campus to have fun – he is described as “shrewd, hard-working and ambitious”.

A year after graduation, he became chairman of the International Petroleum Investment Company (IPIC), which had been set up by the Abu Dhabi government in 1984 with a mandate to invest globally in energy and related industries.

In 2016, it merged with another state-owned vehicle Mubadala Investment Company, which has a broader remit including industries such as real estate and aerospace.

It also holds partnerships with blue-chip companies like Shell, Airbus, Rolls-Royce and Siemens.

Sheikh Mansour, who is still credited as heading up IPIC, hit the headlines around the same time as his Man City takeover when he lost millions on a £2.2bn investment in Barclays – only to sell his shares for a £1.46bn profit seven months later.

One of the most exciting companies among Sheikh Mansour’s business interests is Virgin Galactic, which he has a 32% stake in after investing $280m in the project through Aabar Investments in July 2009.

The project dreamed up by Virgin Group founder Sir Richard Branson plans to provide manned suborbital space flights for tourists at $250,000 a head.

Initially, Sir Richard said he hoped to see a maiden flight by the end of 2009 but a launch date has been delayed several times, most recently by the death of a testing co-pilot in 2014.

He suggested in October last year that the SpaceShipTwo spacecraft could be ready within six months but tests are still ongoing.

As well as space travel, Sheikh Mansour has an investment in Daimler, owner of Mercedes-Benz, and owns the Abu Dhabi Media Investment Corporation, whose portfolio includes English-language newspaper The National and Sky News Arabia, a joint venture with British Sky Broadcasting.

Abu Dhabi United Group for Development and Investment (ADUG) was set up as a private equity company by Sheikh Mansour in 2008 to lead the Man City takeover from former Thailand Prime Minister Thaksin Shinawatra.

The public face of the group in the early days was Sulaiman Al-Fahim, a big personality who was described as the “Donald Trump of Abu Dhabi” and had been photographed with Hollywood stars including Leonardo di Caprio and Demi Moore.

Al-Fahim, who ran a property company, made bold statements of intent, including promising to make City “bigger than both Real Madrid and Manchester United” at a time when media outlets were still having to explain $1 trillion was a thousand billion dollars.

He followed up his pledge with the purchase of Real Madrid striker Robinho for £32.5m – then a British transfer record fee – on the same day the takeover was finalised.

But after becoming a target in the media for his outlandish boasts, Al-Fahim was replaced by the more modest and restrained Khaldoon al-Mubarak, the CEO of state-owned Mubadala Investment Company.

He remains chairman of Man City and head of ADUG, of which City Football Group is its main interest.

Within City Football Group, the new Melbourne City FC and New York City FC franchises have since been added into the umbrella organisation, with China mooted to be the next focus for investment.

Funding hasn’t just been pumped onto the pitch, with about £1bn spent in Manchester within the surrounding area of the Etihad Stadium, mainly in property and higher education, to accelerate regeneration.

In 2014, ADUG signed a ten-year partnership with Manchester City Council to revamp the east side of the city, establishing the Manchester Life Development Company and pledging to build 6,000 affordable homes in the area.

It was initially thought ADUG was part of sovereign wealth fund Abu Dhabi Investment Authority but the group has denied a connection to the Abu Dhabi government.