The programme offers technology training to young people in the UK, and could develop the finance leaders of tomorrow 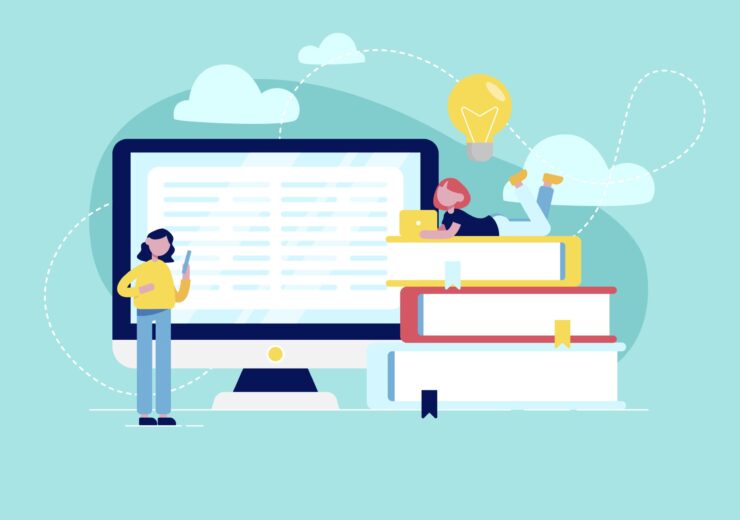 The Covid-19 pandemic has been tough on everyone in all places, but young people have probably suffered more than most. Already struggling with inequality, many can no longer study or have lost their jobs over the different lockdown periods. But might an innovative collection of classes by Samsung begin to offer a way out? Finance Director Europe writer Andrea Valentino talks to Jessie Park, corporate social responsibility lead at Samsung UK, about her company’s ‘Not a School’ programme, what it offers young people and how it could help finance departments attract talent, too.

The past year or so has been one of the worst for the UK’s young people in decades. Not since the crisis of the 1980s, when the industrial jobs of the 20th century evaporated to dust, have they faced so many struggles at one time. To combat this, Samsung UK has developed its ‘Not a School’ programme to help the UK’s struggling youth.

In fact, from mass unemployment to cancelled exams and compulsory lockdowns in student halls, young people have arguably never had it so bad. At least their parents were able to drink away their sorrows at the pub when not in lockdown, or in the kitchen of their new right-to-buy flat.

Not that this is just the angry rant of a bitter millennial journalist. Even before the pandemic struck, only 13% of young people expected to enjoy the best standard of living – figures that have become even worse in the past year.

Since the outbreak of Covid-19, unemployment and economic catastrophe have become the top fears among Britons aged 18–25, with climate change, mental health issues and racial inequality all galloping along close behind.

Glance at youth unemployment statistics – around 11% across the UK – and this pessimistic outlook becomes more understandable. What is most striking, however, is not the scale of unhappiness, but rather the inability to make things better.

According to one recent survey, two-thirds of all youngsters said they don’t think school gave them the tools to succeed in life. And why not? With new technology exploding old businesses, too many young people are left with only an outdated CV for company.

The situation isn’t hopeless, though. Whether out of altruism or self-interest, Samsung, one of the world’s largest technology companies, is working to offer young people a stake in the economy of tomorrow, arming them with the skills they need to take on the problems they care about with their programme Not a School.

Clearly, whether they can succeed depends on more than just an education course here or a diploma there. All the same, with enough enthusiasm, and some much-needed support, there’s no reason these types of schemes can’t begin to redress the balance.

A focus on technology at Samsung UK’s Not a School

Even before the events of 2020 unfolded, the UK economy was wildly skewed against young people – just as it was across much of the developed world. In the EU, for example, youth joblessness is currently at 18%, compared with 8% over the continent at large.

Across the Atlantic, meanwhile, 13% of young people in the US are out of work, compared with around 8% of the country’s total population. Not that the number of kids struggling to hold down a job is the only way to measure the scale of their problems. When it comes to home ownership, for instance, just 41% of 25 to 34-year-olds in the UK own the house they live in.

On an even broader level, this malaise is reflected in the economy at large. Just as post-war industrialisation upended expectations for school leavers in Middlesbrough or Milwaukee, so too is the so-called Fourth Industrial Revolution causing similar uncertainty now.

Why become a finance specialist, for instance, if your job will soon be taken by a robot? Why study French or Spanish when your linguistic prowess will shortly be rendered irrelevant by an app? Combined with a bitter cocktail of other worries, from forest fires and flooding to the continued pestilence of racial and social inequality, and it’s no wonder that 63% of millennials feel pessimistic about the future.

To put it another way, young people’s problems have bubbled along for years or decades before the crisis of 2020. All the same, suggests Jessie Park, Covid-19 and its consequences are still valuable – if only because they’ve finally uncovered these disasters once and for all.

“The pandemic has shone a light on the various social, environmental and economic challenges we face as a society,” says Park, the corporate social responsibility lead at Samsung UK.

At the same time, Park believes, the strange twilight months of lockdowns and social distancing give society a chance to reflect on the future. As she puts it, lockdown has “forced us to revisit all the mundane and familiar things that we often feel too busy to notice”.

No one has taken this to heart more passionately than Park herself. Together with her colleagues at Samsung, she’s spent the past year developing Not a School, an ambitious programme of courses aimed at finally dragging the UK’s youngsters out of the doldrums.

Built “with young people, for young people”, the scheme puts technology at its core, with the internet and digital technology both getting attention. There is certainly a sense that Samsung has put the work in catering the courses to what young people actually care about. As Park says, Not a School was carefully designed after asking kids what they wanted, quizzing them on their aims, expectations, hopes and fears.

Glance at Not a School’s website and you can’t help but be impressed. That begins with the scheme’s breadth. From tolerating differences online, to exploring how anxiety can be harnessed to combat climate change and examining the ways that technology can fight educational inequality, there’s plenty to get through.

Dig a little deeper, and the specific courses offer a lot to ponder. For example, spread over two weeks, ‘Respecting our Differences Online’ promises to teach candidates about how to express themselves online and how to embrace differences in friendships. ‘Turn Climate Anxiety into Positive Action’, for its part, digs into how sensors can fight wildfires and how warning devices can alert engineers of impending floods.

All this certainly seems to hit the zeitgeist – how often have we heard news stories about young people desperate to save the planet or make connections with peers online?

Trailblazing, too, are the courses’ teachers. Abandoning the stuffy geography teacher clichés of yore, Samsung has plumped for much trendier instructors at Not a School, including digital marketers, activists and even rappers.

Nor, as Park emphasises, was this an accident. “Alongside the course content, Not a School offers money-can’t-buy access to unorthodox mentors, activists, entrepreneurs and leaders from a really broad range of creative disciplines, who each bring their own unique expertise and experiences to the table.”

Is Samsung moulding the executives of tomorrow at Not a School?

Yet for all the admirable language, it’d be wrong to suggest that Not a School is a purely altruistic enterprise. With every global company desperate to show its dedication to social justice, throwing off the shackles of corporate fussiness along the way, why not create a programme aimed at fighting privilege?

It probably helps, too, that by teaching young people critical thinking and forcing them to collaborate and listen, Samsung is helping to craft the executives of tomorrow.

Park doesn’t quite say as much herself – but she almost does. “All businesses need people who can overcome barriers to find solutions, who can open respectful debate on difficult subjects and who can work together to solve problems.” That these skills are “highly prized” at Samsung can only be for the good.

To put it another way, when Park talks about the “more than 43,000 people” who benefitted from the company’s corporate social responsibility programmes in 2019, it is tempting to see schemes like Not a School as a funnel for bright and motivated young people – one that ends at the Samsung offices.

Not that you have to be quite that cynical. As Park rightly points out, “no business is perfect” in the social justice game, especially given how fast norms seem to be moving right now, and Not a School is a great way to learn about what potential staff actually need.

And to be fair, Samsung has shown its willingness to listen beyond the classroom doors. Every year, around 15 employee hours are dedicated to volunteer work, while staff annually raise more than £2.5m for charity.

Between Black Lives Matter and renewed talk of climate emergency, 2020 has been a particularly intense year for social activism. But when the coronavirus finally passes, might Not a School and schemes like it be sidelined?

Park thinks not. As she notes, both Gen Z and millennials “expect that the purpose and behaviours of the organisations they work for will match up with their own social values. In today’s world, attracting the best talent means demonstrating that your priorities as a business align with the priorities of the people who will work for you and go on to become the leaders and decision makers that will drive the business forward.”

That’s certainly echoed by the statistics. According to one recent poll, for instance, nearly 70% of young people in the US actively consider company values when making a purchase.

In other words, for Samsung and its competition, doing well and doing good are increasingly one and the same – so expect schemes like Not a School to stick around for a while yet.

Of course, that doesn’t solve the underlying problems of malaise among young people. Not a School might inspire them to take their education further, or else give them a chance to get their foot in the door, but deeper economic transformation, spearheaded by governments, not businesses, is probably needed as well.