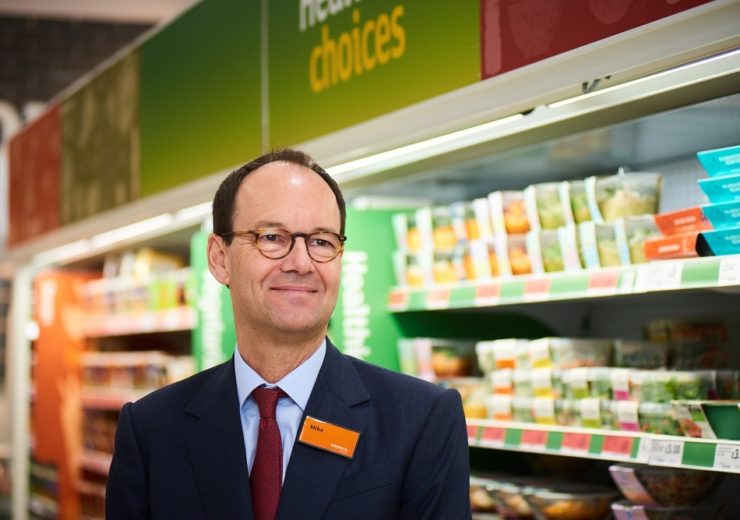 The proposed £12bn deal between two of Britain’s biggest supermarkets had Sainsbury’s CEO Mike Coupe singing “we’re in the money” – but the decision from the UK competition regulator to block the merger makes his celebrations seem premature.

The Competition and Markets Authority (CMA) prevented the proposed unification of Asda and Sainsbury’s on the grounds that it would lead to increased prices for customers.

“Whatever the rights or wrongs of the CMA’s decision, he appears to have wasted a year chasing an impossible dream while its competitors took full advantage of its distraction.

“Its results over the last year have been poor, with store standards falling noticeably, and it must now refocus on retail basics rather than chase another big acquisition.”

Why was the Asda and Sainsbury’s merger blocked?

The proposed merger between Sainsbury’s and Asda, which bring in a combined revenue of £51bn, would have created the biggest supermarket chain in the UK.

Together, the pair have 2,200 stores across the UK and had hoped a merger would help to streamline operations and reclaim market share lost to German discount stores Aldi and Lidl.

But Stuart McIntosh, chairman of the inquiry group, said: “It’s our responsibility to protect the millions of people who shop at Sainsbury’s and Asda every week.

“Following our in-depth investigation, we have found this deal would lead to increased prices, reduced quality and choice of products, or a poorer shopping experience for all of their UK shoppers.

“We have concluded that there is no effective way of addressing our concerns, other than to block the merger.”

Mr Coupe, who had seen the company’s share prices rise by 15% when the merger was first announced, was quick to disagree with the CMA’s findings.

He said: “The specific reason for wanting to merge was to lower prices for customers.

“The CMA’s conclusion that we would increase prices post-merger ignores the dynamic and highly competitive nature of the UK grocery market.

“The CMA is today effectively taking £1bn out of customers’ pockets.”

Several concessions had been promised to the CMA in order to help the merger proceed.

These included promising to sell between 125 and 150 of their supermarkets, petrol stations and convenience stores, as well as pledging to reduce prices of some items by 10%, which the company claims would have brought £1bn in savings to customers.

But in February, a report by the CMA said the merger raised “extensive competition concerns” that could result in higher prices alongside reduced quality and choice for customers.

Mr O’Brien said: “One of the key mistakes Mike Coupe made was in failing to offer any assurances on price cuts until the CMA’s devastating provisional findings in February.

“It built the rationale for the merger on the rather vague notion that it would reduce prices by 10% by putting pressure on major suppliers, though it didn’t make it clear how many products this would include.”

He believes the Sainsbury’s CEO underestimated the difficulty of completing the merger and was perhaps given false confidence by the CMA’s prior approval of the £3.5bn deal between Tesco and food wholesaler Booker.

“The confidence he placed in getting the deal past the CMA in light of its previous – generous – decision to allow Tesco to buy Booker looks like a bad misjudgement now,” said Mr O’Brien.

“Mike Coupe may feel hard done by, but the CMA made clear the Tesco-Booker deal was passed because it considered the acquisition to be a vertical one – by a retailer of a wholesaler  – and so viewed that the combination did not significantly damage the competitiveness of either market.

“The rights and wrongs of that decision are debatable but it looks difficult for Coupe to argue that the CMA’s decision then is in direct contradiction of its decision regarding Asda and Sainsbury’s now.”

Merger collapse causes has less cause for concern for Asda

Asda has carried on under the radar while the CMA debated the benefits and drawbacks of a Sainsbury’s-led merger.

The decision has had less of an immediate impact on Asda’s performance, but its US owner Walmart is said to be “disappointed”.

Mr O’Brien said: “Why has Asda been able to manage the distraction of the merger so much better?

“We do not believe Walmart will want to keep Asda as it is now, and may look to sell Asda to other suitors, but it would look unlikely that other major players in the UK would consider it, given the strictness the CMA has displayed.

“It opens the possibility of private equity or floating the business, or a foreign retailer entering the market.”