The British entrepreneur says the first Virgin Galactic space flight could be months, not years, away 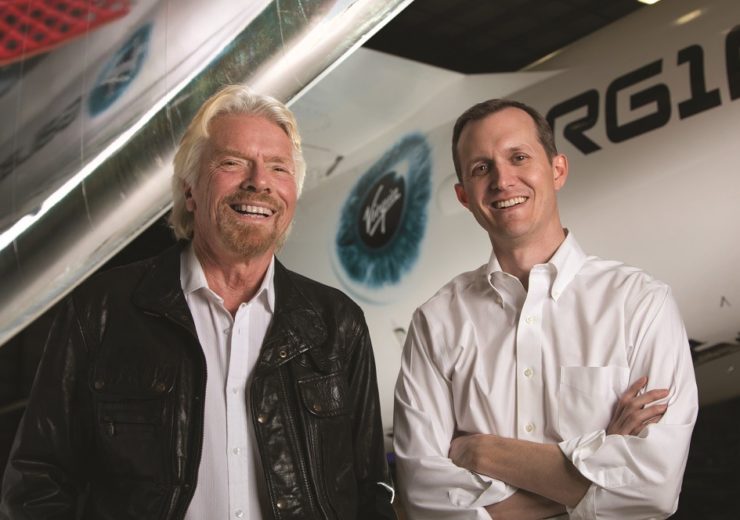 Just 574 people have visited space since the dawn of time. Now, Virgin Galactic is aiming to make leaving the Earth’s thin boundaries more accessible than ever before. CEO Journal editor Stephen Hall speaks to Sir Richard Branson, founder of Virgin Galactic, and George Whitesides, its CEO, about the world’s first custom-built commercial spaceport and the corporation’s progress in a new entrepreneur-driven, 21st century space race.

Deep within the Mesilla Valley in New Mexico, a 12,000ft tarmac runway leads towards a wide channel cut into the desolate desert landscape.

Rising out of the sand sits an impressive, futuristic, twin oval-shaped building, shimmering in the southern sun. This imposing, $209m terminal, designed by Foster + Partners, is the world’s first custom-built commercial spaceport that will soon, all being well, become a “gateway to space” for a group of lucky tourists.

The facility, named Spaceport America, has been meticulously planned to mirror each of the key components of the astronaut journey, with the first floor, Gaia, focusing on Earth, and the second floor, Cirrus, representing light, flight and air. It officially opened its interior doors to the public in August, some years after commencing construction.

Half a century earlier, the Soviet Union and the US competed to launch astronauts far outside of the stratosphere as they attempted to be the first country to land a man successfully on the Moon.

Now, decades on from Neil Armstrong’s giant leap for mankind, three high-profile entrepreneurs, Jeff Bezos, Sir Richard Branson and Elon Musk, have launched their own 21st-century scramble to send commercial tourists thousands of feet into the air, beyond the Earth’s gaseous envelope and out into space.

Currently at the forefront of these efforts is Virgin Galactic, principle tenant at Spaceport America, which successfully sent a rocket ship 51 miles high, just 11 miles below the Kármán line, last year.

That moment had been a long time coming in the thoughts of the company’s founder, Sir Richard Branson. It was just a few days after his 19th birthday when he sat transfixed in front of a television screen as Armstrong and Buzz Aldrin first set foot on the crater-pocked lunar surface.

“What I saw on our 12in TV in the walnut case just blew me away,” he tells me. “Yes, I badly wanted to follow in the steps of those brave astronauts, but it stirred something deeper within me: a childlike sense of wonder. A belief that anything was possible.

“A determination to explore; to live life on the edge and to the full. Looking back now, I can see a clear link from that moment to the formation of Virgin Galactic.”

The entrepreneur is well known for his unconventional escapades: he’s crossed the English Channel on both a kiteboard and in an amphibious vehicle, flown across the Pacific from Japan to Arctic Canada in a hot-air balloon, driven a military tank down Fifth Avenue in New York and broke the Guinness world record for traversing the Atlantic Ocean by boat.

“I have had a love of adventure, really for as long as I can remember,” he reveals. “My mum may have had something to do with that. There is a well-documented account of how, at the age of five or six, she let me out of our family car, five miles from home, and with some basic instructions left me to make the rest of the trip alone. Fortunately, it all worked out well.”

Still firmly standing on his own two feet, over a decade since he started Virgin Galactic in 2004, he hopes to fly to space “in a matter of months, not years”. But how is he anticipating his latest high-adrenaline jaunt?

“I am enormously excited, of course,” he exclaims. “I feel extremely well prepared physically, but have also been thinking a lot about how we can use what I believe will be a transformative experience in the most positive way possible.

“We will be announcing some plans around that in due course, but the cognitive shift that results from, and leads to, the planetary perspective of spaceflight is clearly a profoundly positive experience and a mindset that the world needs badly right now.”

The magnate initiated Virgin Galactic’s listing on the New York Stock Exchange in October 2019 in characteristically flamboyant style, with fireworks illuminating the backdrop to the company’s opening day in downtown Manhattan. In going public, the business became the world’s first commercial spaceflight PLC.

It is not, of course, Branson’s first corporate venture. His entrepreneurial exploits began when he launched a magazine, Student, while he was still at school. He created Virgin Records in 1972 while living on a modest houseboat in London. He eventually went on to launch a dynasty, at various points signing the Sex Pistols, Mike Oldfield, the Rolling Stones and David Bowie.

In 1984, he took his commercial endeavours to the skies for the first time when he created Virgin Atlantic (as Virgin Atlantic Airways). Since then, he’s started Virgin Cola, Virgin Holidays, Virgin Trains, Virgin Fitness and numerous other projects, with mixed success. But where does he come up with his varied ideas?

“Firstly, it would probably be a good idea to read my autobiographies in order to try and avoid my many mistakes,” he jokes. “Other than that, surround yourself with great people, focus as much on purpose as you do on disruption, always try to do the right thing and recognise that moving on – which is sometimes the right thing to do – is not the same as giving up. So don’t get too focused on your niche; keep looking to the stars to provide some context and inspiration.”

A commercial vision for spaceflight

Sharing in his latest cosmic vision, more than 600 future potential astronauts from 60 countries have now signed up for a zero-gravity flight with Virgin Galactic. High-profile buyers of the $250,000 tickets, who recently began intensive preparatory training, include Leonardo DiCaprio and Justin Bieber.

Since SpaceShipTwo’s first spaceflight in December 2018 – at several-times the speed of sound – 3,000 people have made reservation enquiries about joining this list. With more than $430m on the balance sheet, Branson and his CEO, George Whitesides, a former NASA chief of staff, say they are well placed to expand the company’s repertoire of rocket ships to meet demand.

“Our future astronauts and several research flights demonstrate that space tourism and suborbital spaceflight are already businesses with significant customer bases and audiences, and can provide a viable model for future tourism to LEO [low Earth orbit] destinations and beyond,” says Whitesides.

“At the current stage in our test-flight programme at Virgin Galactic, we are asking aspiring astronauts to register their interest in flying online, and will be contacting them as soon as more seats are released.”

The chief executive hopes that over the next few decades, thousands more people will be able to witness the curvature of planet Earth for themselves. On 1 January 1914, Tony Jannus conducted the US’s first scheduled commercial airline flight for the St Petersburg-Tampa Airboat Line.

And, just as air travel was once a lavish affair and the preserve of a select few wealthy individuals, there’s talk that the wider population might one day be able to experience the thrill of suborbital flight.

With this goal in mind, plans are afoot in Cornwall, UK, to build Europe’s first spaceport. Commercial travel from one side of the globe to the other could even take less time than watching a movie, according to British astronaut Tim Peake.

“What might be perceived as an expensive folly today actually can in future become a very efficient means of transportation,” he said. “If you extend Virgin Galactic’s principle and improve vehicles, you could do London to Sydney in 90 minutes.”

Chamath Palihapitiya, the newly appointed chairman at the company who acquired a 49% stake in the business when it went public, stated that he believed this could now be as little as five to 10 years away.

“In the near term, ticket prices will rise, but our ultimate goal is to bring down the price in the future so that more and more people can experience space,” says Whitesides. “I joined Virgin Galactic because I was inspired about space and the possibility of opening the cosmos to a much wider percentage of humanity than has been the case over the past decades.”

In helping to launch the dawn of a new space age, Branson and Whitesides hope people will return from the six-hour journey with a new perspective of the precious nature of the Earth’s biosphere in the vastness of space.

Buzz Aldrin called it “a brilliant jewel in the black velvet sky” after seeing it from above for the first time. The world’s first astronaut, Yuri Gagarin, was filled with a sense of joy upon witnessing “the shores of continents, islands, great rivers, folds of the terrain, large bodies of water”.

And, like those pioneers before them, Virgin Galactic’s passengers will realise just how far we’ve come, from tool-making Neanderthals to space-travelling cosmonauts, leaving behind the fragile realm that separates cyan blue from darkness.

“Over the past 50 years or so, we have had all the evidence we can possibly need of the transformative potential that space can bring to our world,” concludes Branson. “The limiting factor, of course, has been the availability of a transportation infrastructure that allows its potential to be fully realised.

“In opening space to everybody, we will not only see a transformation in our business and personal lives, but a much-needed boost to the urgent efforts of sustaining life on this beautiful planet for future generations.”