Described as “Tinder for renters”, PerchPeek is a new lettings marketplace that aims to make it easier for flat-hunters to find a new home through AI-powered recommendations. Dan Robinson finds out more from CEO Paul Bennett 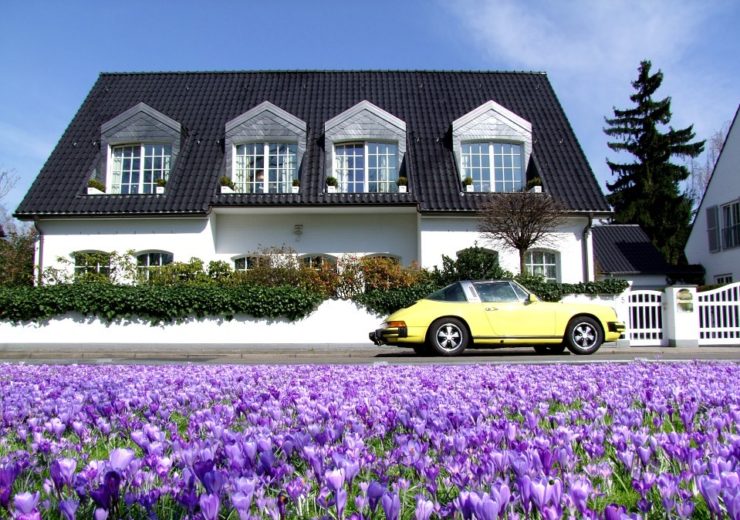 Anyone who has ever looked for a new home to rent is probably well-versed in the ordeal it can be.

Finding the right mixture of location, space, quality and price is no easy task in a very crowded marketplace.

While the “dream home” isn’t really an attainable goal for most of us, PerchPeek believes it can get pretty close using its sophisticated recommendation engine.

Dubbed “Tinder for renters”, it deploys the same swiping system as the popular dating app.

Artificial intelligence algorithms then work out a user’s preferences so the website can suggest closely-matching properties that are available.

“I’ve experienced both sides of the market and the solutions for either finding a home or a tenant hasn’t really changed in the past 20 years.

“The introduction of companies like Rightmove and SpareRoom marked a shift to go online but on existing platforms, you just end up scrolling through everything and there’s no attempt to use data to help tenants find the right home.

“We’ve seen in other industries how much of an impact data can have for making customers’ lives easier.

“We know that through focusing on tenants’ data, we can cut their search time dramatically and also a lot of the frustration they have in the process.

“By designing our platform in a way to maximise our use of data, we’re very optimistic of providing benefits for both suppliers and tenants in a way that other platforms don’t.”

University of Oxford philosophy, politics and economics graduate Paul landed on the idea of PerchPeek after helping his mum manage a property portfolio of 50 rooms across seven flats in Guildford, Surrey.

At the same time, he was working for Amazon, where he worked as a business development manager in setting up the e-commerce giant’s Treasure Truck service – which offers discounted daily deals for Amazon.com app users, with customers able to collect items from a fleet of 33 stationary lorries across the US and UK.

But he adds: “Other companies, I noticed, have very flat databases and don’t make an attempt to make a consumer’s journey easier.”

The exposure he gained from his involvement of a new Amazon service equipped him well for the start-up world.

“All I was thinking is we’re seeing this very successful marketplace at Amazon so how about taking some of those learnings to the property space, which is very inefficient,” he recalls.

He co-founded PerchPeek in June 2016 with school friend Oliver Markham, who helpfully had a master’s degree in real estate, and originally ran the business while working at Amazon’s office in the hipster Shoreditch area of London.

But in February 2018, two months after Treasure Trucks had been launched in the UK and as the start-up was looking for investment, Paul decided it was time to take the plunge and quit his job.

His company moved into a small office just a minute away from his former workplace and the duo brought on board Dr Aasis “Ace” Vinayak, a technology entrepreneur who also runs an AI consultancy, as CTO to add technical expertise.

How the PerchPeek technology works

When a prospective renter arrives on the PerchPeek website – an app is planned eventually too – they are asked to fill in a personality questionnaire that helps the algorithm to recommend the best type of property.

Users can then “swipe” right for homes they like and left for those they don’t.

This allows PerchPeek’s machine learning tech to recommend properties to tenants based on their personality, search patterns and data profile.

Paul explains: “The data profile is based on a premise that similar people like similar properties – it’s like the recommended TV shows and films on Netflix, which are based on the same principle.”

Despite the comparison with Netflix’s algorithmic engine, it’s Tinder that PerchPeek perhaps borrows from the most with its swiping system.

But there’s a key difference to the dating platform, Paul insists.

“One of the interesting things about Tinder is it doesn’t have the incentive to find the perfect match for you straight away because then you won’t be a customer for very long,” he says.

“But we only show tenants ten properties at a time to maximise the likelihood of that home being the most likely one they move into – whereas on most searches after you’ve stipulated the area, budget and move-in date will provide a couple of hundred results in a city like London.

“That’s one of our advantages over other platforms, where you just scroll through all the properties and then maybe send a message.

“We get data on every property we suggest. Then, if you book a viewing, we get a lot more data on our tenants to recommend more suitable properties for them.”

PerchPeek aims to reduce time it takes to find a home

PerchPeek went on to raise £200,000 in its funding round last year as part of the Pi Labs accelerator programme for proptech, which has previously invested in Airsorted – the “hassle-free” version of Airbnb that streamlines the amount of admin required.

It later added another £100,000 to the bank but is now looking for £1.5m as it bids to scale up in the next few months – and the three directors have a bold plan on what they want to achieve.

“We did a survey and found with 500 tenants and found they are taking 40 hours and roughly one-fifth of lettings enquiries convert into a viewing – with one in 35 of those converting into someone renting the property,” says Paul.

“At the moment, we’re on about one in 30 but we want to get it down to between one in five and one in ten.

“We also want to bring the 40 hours it takes to find somewhere down to under ten hours – and eventually under five – by cutting down the wasted viewings.”

“Finding somewhere to live is a big decision and it’s not going to take an hour because it’s such a considered purchase but, equally, 40 hours is a lot of time.”

Paul says moving home is relatively infrequent, with research by Your Move in 2017 finding the average time a tenant spends at a property is about 20 months in the UK.

“You think of how far other industries have progressed but there’s still this archaic process that’s not dynamic in property,” he adds.

“We see a lot of opportunity in that existing solutions aren’t fantastic.”

PerchPeek business model and the future

Since launching commercially in September last year, PerchPeek has helped more than 150 people find a property and completed 100,000 searches through the platform in April. On average, it facilitates about 1,000 viewings each month.

About 150 landlords or letting agents on board, advertising about 7,000 live properties right now.

They pay the company a one-off £89 per room fee when a letting is secured.

Paul says: “The main value proposition for these is they have fewer viewings but more success because hopefully we’re suggesting relevant properties for tenants.

“The other big thing for them is we’re a marketplace rather than a subscription model, so they don’t pay unless the tenant moves in.”

Almost all these are in London, save for a small portfolio in Guildford, but the company has plans to expand to other big UK cities like Manchester and Birmingham – and, in the coming years, internationally.

“It’s fairly easy for us to expand,” says Paul, who is now a member of a six-person team that is supplemented by another six remotely-based support staff.

“There aren’t really any international rental marketplaces at the moment and we’re building up a scalable marketplace.”

The ambition doesn’t stop there, though.

He adds: “Our vision is we want to be a rental marketplace for everything based in rent.

“At the moment, we just do the searching for properties but, eventually, we want to be able to do your contents and referencing through PerchPeek.

“If you have questions for your landlord, we can do it via our platform – it’ll be for any rental activity.”

A fifth of the UK population now lives in privately-rented accommodation, according to the most recent English Housing Survey for the 2016-17 financial year.

Further research by YouGov in 2017 predicted that 25% of the population will be a tenant by 2021.

It suggests PerchPeek has picked a growing market to buy into.

“More people are renting in the UK than since the 1910s,” says Paul. “It’s growing considerably but the solutions for finding homes haven’t really changed at all, and remains a stressful experience for most tenants.

“We believe renting should be fun so we’re building a marketplace that tenants can come to and actually enjoy searching for a home – and not thinking it’s a massive drain on their time, even though they are only going to do it every 18 months or so.”