Orange CEO Stephane Richard on why 5G will initially be for businesses, not consumers 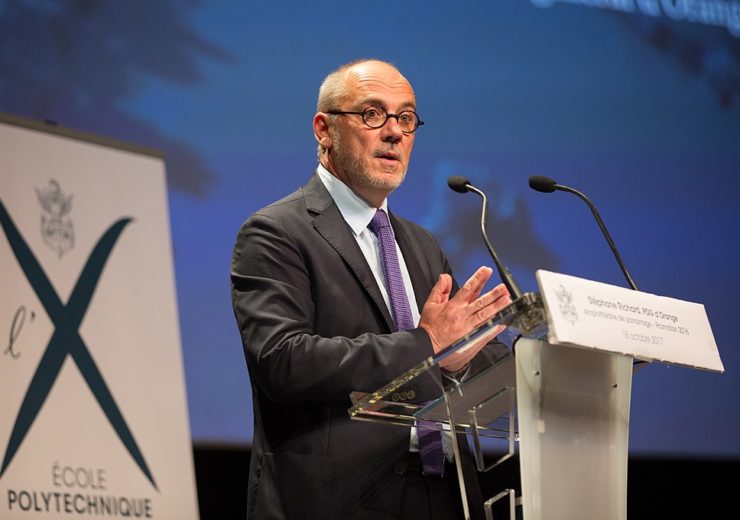 Businesses will stand to benefit first from “game-changing” 5G connectivity, according to Orange CEO Stephane Richard – with consumer adoption still a few years away.

Addressing French businesses, he called for different industries to work alongside each other and with the country’s government to bring about digital transformation across a wide range of sectors that could have significant economic benefits.

Orange plans to equip 17 European cities with 5G by the end of this year as part of a pilot that will precede a wider commercial roll-out next year.

In a keynote speech at the Orange Business Summit in Paris today (18 April), Mr Richard said: “Rolling out 5G in full will take time. There will initially be B2B uses, particularly in IoT, and lastly it will be on offer for the general public once efficient 5G-enabled smartphones are available.

“It’s all about now. Everything is up for grabs – in order to harness the power of this technological shift, everyone in industry needs to look ahead and look at what your future business opportunities will be.

“We will start by rolling out 5G for business customers and industrial sites. We pledge to prioritise these sites for industrial and economic activity in the roll-out of 5G.”

Text messaging was facilitated by 2G, mobile gaming and video calling came with 3G and 4G turned smartphones into supercomputers.

“5G is the next step because it has ten-times better connection speeds,” he added. “It’s a quantum leap and a game-changer.”

“In this ever more connected world, digital services are revolutionising services for us all and opening up new opportunities.

“Wireless networks underpin these services and offer freedom. With the 5G network, it will be possible to have the computing power of fibre but wirelessly and with no latency.”

The 57-year-old, a former chief of staff in the French government who has been in the top job at France’s biggest telecoms firm since 2011, highlighted a number of ways in which 5G will transform industry.

These include “dragging business into the world of real time, where data is carried by the millisecond” and using the network slicing technique that gives operators more flexibility to prioritise internet connections for certain receivers and guarantee maximum service quality.

Mr Richard, who called for greater vigilance in building cyber security, said: “The new functionality will turn things around for industry, like production lines in manufacturing where the smallest outage can have huge economic consequences. This is the same with autonomous cars.

“The environment will also benefit because 5G is energy-efficient. That means a boom in the quantity of data can be absorbed.

“It will also pave the way for smarter management of our resources both at home and in urban settings.”

He said other use cases will follow as the technology improves.

“5G also heralds genuine transformation of business models for all firms,” he added.

“Irrespective of their area of business, there are vast opportunities opening up and we’re not even aware of what many of them are yet.

“In automotive, there are connected autonomous cars, while in manufacturing there will be a change in the way we design a plant or maintain it in a predictive fashion.

“Broadcast media will transform the way we receive content, and in retail it will enrich the customer experience, perhaps helping to create pop-up shops.”

He spoke about the ideas of “co-construction” and “co-innovation”, saying it won’t just be mobile carriers building the infrastructure and service but other businesses too.

Working in silos will be “impossible”, he believes, because industry must solve future challenges when working out how 5G will be used – while he said it’s important to have agreed on standards for bandwidth spectrums and frequencies before bidding begins for who will operate services.

Mr Richard added: “5G isn’t going to be the same as what we have known in the past because in the past we’ve had technologies that were deployed and the public at large adapted their needs to the different possibilities, whereas here we’re talking about co-innovation.

“We’re going to build the network together based on users’ expectations. We have to write this chapter together and we have to start straight away.

“We want to be ahead of our competitors when it comes to deployment and building this collaborative model, pooling together all the expertise from carriers and industry.”

What industry wants from 5G roll-out in France

Philippe Varin, president of France Industrie – a representative body that brings together 40 major companies and 20 industry federations – told Mr Richard businesses had a number of demands in the 5G roll-out during a panel discussion.

He said: “We need massive deployment that covers the whole of France. We have to scale this up depending on requirements so we’ll need to equip large industrial regions with 5G.

“There’s 136 industrial areas and they will need to be covered because they’re all top priorities, so there has to be a very clear roadmap drawn up alongside government.

“Global standards are also key for any large industry because we can have particular standards in France, on the one hand, and then others in different countries – so we need uniform standards.”

Mr Varin added that 5G needs its own ecosystem rather than being thought about in a similar vein to any other new service, while he called for skills and expertise to be enhanced.

Agnes Pannier-Runacher, Secretary of State for economy and finance in the French government, also spoke at the Orange Business Summit.

She said: “We need to really mobilise industry. There’s going to be some reluctance so we have to work on that.

“Large corporations have taken stock and fully understand the challenges but it’s not just about Industry 4.0, it’s about what future utilisation we’re going to invent.

“We need to do some test runs straight away. We have to get a positive feedback loop ad get information from the field.

“We have a very good industry culture in Europe. Sometimes industry is waiting for standards to arrive and once everything is done, 5G will be used.

“That’s not what we’re talking about here. We need to make sure 5G is going to transform that industry.

“It’s not just about 5G being faster 4G, it’s about how new technology, spectrums and frequencies are going to transform industry.”