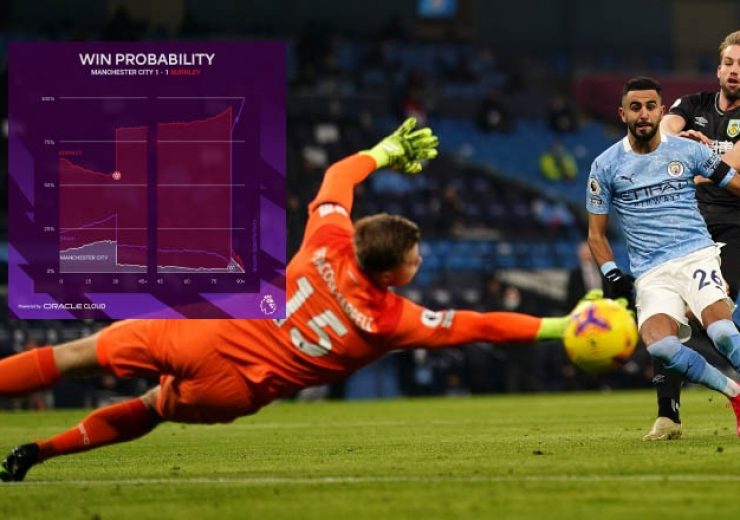 Live win probability is one of the features of Match Insights – Powered by Oracle Cloud. (Credit: Oracle)

Oracle said that it has been selected as the official cloud provider for The Premier League for enabling the popular football league to provide a data-rich experience to fans.

The US software firm will help the league in bringing in new in-match statistics for viewers for giving them a deeper understanding of the live-action on the ground.

The statistics will be delivered in real-time to billions of viewers each season by leveraging Oracle’s data and analytics and machine learning technologies.

Starting with the 2021/22 season, “Match Insights – Powered by Oracle Cloud” will provide advanced player performance data and statistics during worldwide broadcast coverage and also across the social channels of the league.

Oracle revealed that machine learning models will be developed to produce immediate results. These will be based on live data streams, tracking of data in real-time, and facts collected on all the players of the league and from match archives.

Premier League chief executive Richard Masters said: “We are always looking at new ways to bring the Premier League to life and enhance the analysis of the competition.

“Oracle is a global brand with a great track record of driving innovation, and we look forward to working together to bring new levels of engagement to fans around the world.”

Some of the features of Match Insights – Powered by Oracle Cloud include average formation for tracking the positions of all players, live win probability, and momentum tracker for measuring the chances of a team scoring a goal in the next 10 seconds.

“The margins for error in the Premier League are very small, so the data is crucial to discovering the meaningful moments and stories of each match. It’s those stories that unite fans and ignite their passions for the game.”

In March 2021, Oracle announced its selection as the official cloud infrastructure partner of Red Bull Racing, one of the racing teams in Formula One.