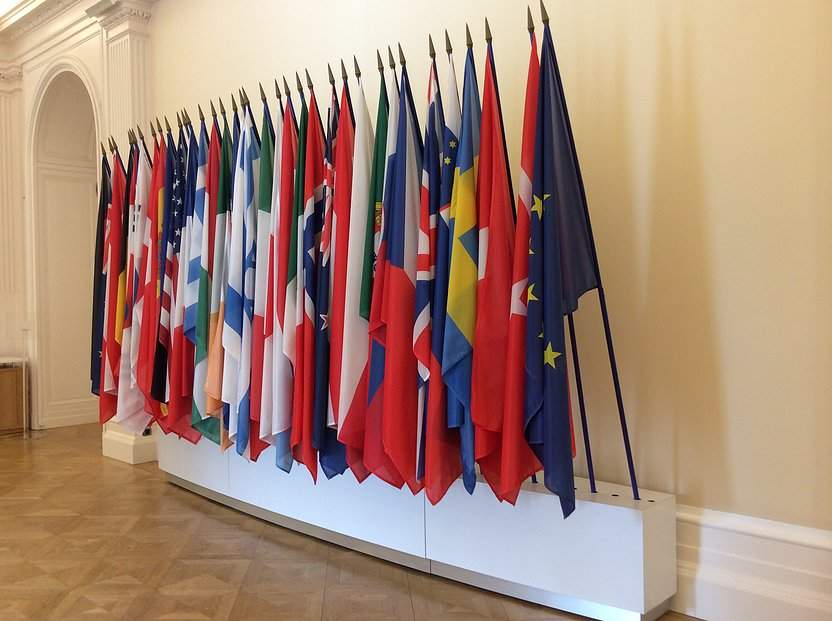 The global economy is expected to grow by about 4% over the next year thanks to low interest rates and other support from governments, according to the Organisation for Economic Co-operation and Development (OECD).

But in presenting its economic outlook for the year ahead, the OECD warned that more needed to be done to ensure healthy long-term growth.

The economic organisation, based in Paris, also fretted about risks posed to the global economy by looming trade wars and weaknesses in financial markets.

The OECD secretary-general Angel Gurria said: “The economic expansion is set to continue for the coming two years, and the short-term growth outlook is more favourable than it has been for many years.

“However, the current recovery is still being supported by very accommodative monetary policy, and increasingly by fiscal easing.

“This suggests that strong, self-sustaining growth has not yet been attained.”

Several of the OECD’s 35 member states are among the world’s richest nations, including the United Kingdom, United States and Japan.

Maintaining quantitative easing and low interest rates has been the goal of central banks in many of these countries, particularly those in the eurozone, where interest rates are at 0%.

Mr Gurria went on to stress that governments needed to focus on improving skills and productivity if “strong, sustainable and inclusive” growth was to be achieved.

Here are five top takeaways from the OECD’s economic outlook for the year ahead.

Steadily rising oil prices, which now sit at around $80 (£60) per barrel, are worrying the OECD.

In its outlook report on macroeconomics, the organisation said rising oil prices could hit household incomes and increase inflation.

The report also suggests that the mark-up of oil prices may have played a part in recent “softness of consumer spending”.

However, the OECD does accept that the shift in oil prices could be good news for the standing of major oil exporters like Russia and Saudi Arabia.

Trade tensions could throw everything out of sorts

The hovering trade war between the US and China has been dominating headlines week-after-week.

The White House restated yesterday (Tuesday 29 May) that it would be introducing tariffs on Chinese imports, not long after it said the plans were “on hold”. The sanctions to be levied against China are set to be released in June.

The OECD said trade tensions were a “significant risk” to the global economy. It added that the mere threat of protectionist barriers was affecting confidence, and that tariffs would hit jobs and investment.

Trade costs to both China and the US would go up by around 0.5%, according to the OECD macroeconomics study.

It warns that dodging a trade war will be essential for growth in the long run.

The OECD added more bad news on top of fears about a second eurozone crisis arriving on the back of political turmoil in Italy, predicting lower growth in major euro area countries.

Its real GDP growth forecast estimates growth to fall in Germany, France and Italy – the three core member states of the European Union – while still averaging at about 2%.

The report on the euro area said completion of the single market and a closer banking union would help future growth.

The predicted fall in growth was attributed to nerves about Brexit negotiations.

India is predicted to keep its status one of the world’s fastest growing economies, with the OECD estimating real GDP growth of 7.5% – more than a percentage point higher than the touted growth of China.

The organisation’s forecast for India said investment and exports were “major growth engines” for the subcontinent.

Perhaps the biggest positive of the OECD economic outlook was the prediction that unemployment in the area would be at its lowest levels since 1980.

Unemployment in Italy, Spain and Greece – three OECD countries having a lot of trouble with unemployment – are all expected to see a drop in those out of work.

But the state of future living standards does not look so ripe.

The macroeconomics report said the chances of living standards getting a boost in the medium term were “weaker than prior to the crisis in both advanced and emerging economies”.

Investment is at the top of the agenda

To counteract stagnation or a fall in living standards, the OECD outlook urged states to invest in education and skills, on top of “improvements” in tax and spend policies.

The report also said higher investment had been a key factor in the growth of the global economy, and encouraged governments to remove certain barriers to investment like trade barriers to ensure greater prospects for growth in the long term.