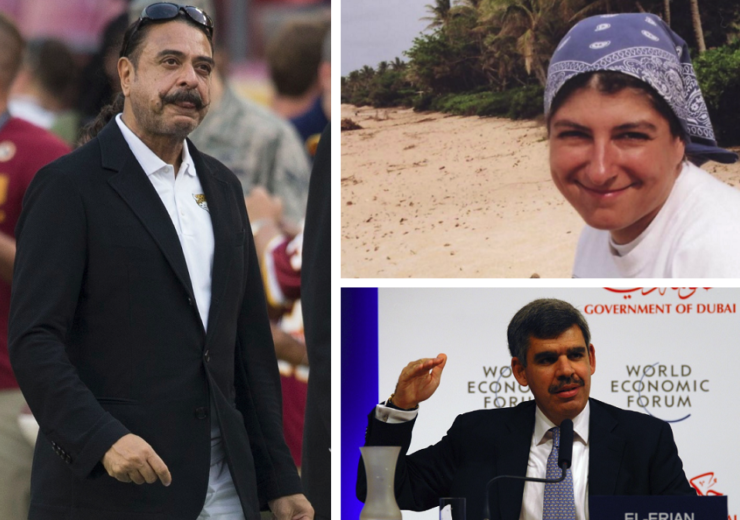 Despite the Trump administration’s “travel ban” on people from certain Islamic countries, many Muslim business leaders have managed to carve out successful careers in the US.

Demographic research estimates there are 3.45 million Muslims living in the US, meaning they make up roughly 1% of the country’s population.

A 2017 study found that US Muslims are three-times as likely as other Americans to be without a job and looking for work.

But on the other end of the scale, 24% of US Muslims have a household income of more than $100,000 per year – a higher percentage than the rest of the US population.

We take a look at nine Muslim business leaders in the US that are part of this 24%.

He previously served as CEO of the American investment-management firm PIMCO, which is owned by Allianz and where he was in charge of assets in excess of $1tn.

Mr El-Erian served as chairman of President Obama’s Global Development Council until 2017 and has authored two New York Times bestsellers, titled When Markets Collide and The Only Game in Town.

Jawed Karim is one of the co-founders of YouTube and met his fellow founders, Chad Hurley and Steve Chen, while working for PayPal.

He was the star of the first ever video shared on the platform, which was first published on 23 April 2005 and has amassed more than 58 million views at the time of writing.

Mr Karim is estimated to have received shares worth $64m (£50m) when the video sharing site was acquired by Google in 2006.

He has since set up Youniversity Ventures – a venture capital investment group that was an early backer in companies such as AirBnB, Eventbrite and Reddit.

He was able to grow the company by focusing production on bumpers for pick-up trucks and secured partnerships with automobile manufacturers such as Toyota.

The company now has 64 plants worldwide, including China and Brazil, and employs over 24,000 people.

According to Forbes Magazine, he is the 217th richest man in the world – and the wealthiest person from Pakistani origins – with an estimated worth of $6.3bn (£5bn).

Chris Blauvelt, Omar Amid and Amany Killawi are the joint founders of LaunchGood, the world’s largest faith-inspired crowdfunding platform to support Muslim entrepreneurs.

The funding website has also raised money to help rebuild African-American churches destroyed by arson in the summer of 2015 and contributed to the burial costs of the 11 victims of the Pittsburgh synagogue shooting in 2018.

Sheeran Sabet developed a passion for scuba diving after going on her first plunge when visiting California in 1996.

However, being an observant Muslim, Mrs Sabet found it difficult to find scuba diving outfits that were suitable for maintaining the modesty her religion demanded.

In 2005, she founded Splashgear – a company that develops full-coverage apparel for watersports and now distributes to the US, Canada, UK and Australia.

Farooq Kathwari is the chairman and CEO of Ethan Allen Interiors, a home furnishings manufacturer and retailer.

Mr Kathwari moved from the Kashmiri region of Northern India to the US in 1965 and has served as president of Ethan Allen since 1985.

He sits as co-chairman of the Muslim-Jewish Advisory Council, an interfaith organisation formed of business, religious, and political leaders to address anti-Muslim and anti-Jewish bigotry in the US.

Born in Germany, Mr El-Hibri moved to the US to study economics at Stanford University and completed an MA at Yale.

After working in the telecommunications industry and financial consultancy, he founded Emergent Biosolutions in 1998 and has been its executive chairman and CEO since 2004.

He was awarded the International Leadership Award by the World Trade Center Institute in 2010 and was announced as executive of the year by the Tech Council of Maryland in 2012.