Seven of the top Muslim business leaders in Britain

A little more than 5% of British Muslims are in higher managerial, administrative and professional jobs. To celebrate the Eid al-Adha Islamic holiday, James Walker has taken a look at some of the top Muslim business leaders in Britain who can act as role models 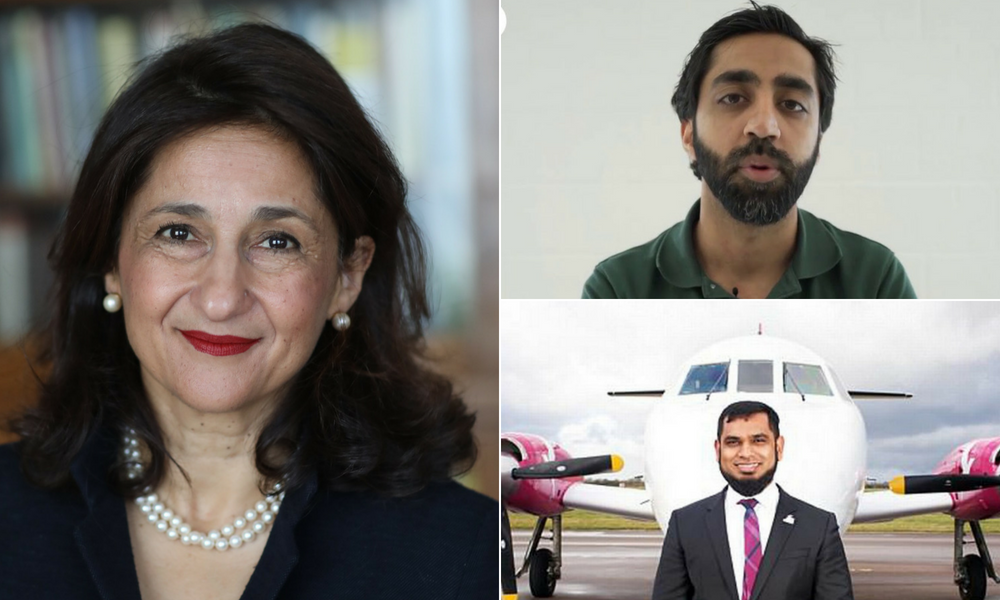 With only one in 20 of Britain’s Islamic population in top jobs, the country’s Muslim business leaders have an important role to play as role models.

Its research also found that 20% of British Muslims were in full-time employment, compared to the 35% average of the country’s overall population.

Yet the Islamic community’s disparity in economic activity with other sections of the population has not left it short of great business leaders.

To mark the Islamic holiday of Eid al-Adha – a four-day sacrificial festival ending on Saturday that will be celebrated by 2.7 million people in the UK – Compelo has taken a look at seven of top Muslim business leaders in Britain that others can aspire to.

Dame Shafik can also boast of becoming the first-ever female deputy governor of the Bank of England.

The prize-winning economist is now the director of the London School of Economics university.

Known as SuperSaf among his fans, Safwan Ahmedmia is the largest tech YouTuber in the UK – boasting a subscriber count of one million.

Mr Ahmedmia also picked up a prize from the 2017 British Muslim Awards for services to creativity and technology.

On his SuperSaf TV channel on YouTube, the media whiz puts out popular videos on consumer electronics – typically unboxing videos and comparisons of the latest gadgets.

Mr Younas understood that some members of the Islamic community had dating needs that aren’t easy to meet through apps like Tinder and Bumble.

So he created the Muzmatch app – a dating service that uses the swiping and algorithms of mainstream dating apps while catering to young Muslims more inclined to finding a long-term partner than a fling or a date.

According to the Muzmatch website, the app has half a million users who are verified via selfies and allowed to include chaperones.

Mr Younas raised $1.8m (£1.4m) in the app’s seeding round after finishing work as vice-president on the portfolio desk at Morgan Stanley.

Mr Secgin has had a storied career as a marketer – working in the marketing departments of the oil giants Castrol and BP.

Moving on from his time in the oil sector, Mr Secgin – a Muslim Council of Britain member – joined HalalBooking.com as the company’s chief marketing officer.

The function of HalalBooking.com is fairly self-explanatory. The website allows users to find holiday resorts, hotels and villas with halal-friendly provisions, such as halal food and non-alcoholic drinks.

Destinations include Turkey, Morocco, Bosnia and Herzegovina, London and Marbella.

Before entering the world of business, Dr Zahra McDonald was an academic – working as a visiting lecturer and research fellow at the University of Birmingham.

Now she is the founding director of Birmingham-based ConnectFutures, a training firm giving advice on inclusion, extremism and exploitation.

Her work with the company bagged her recognition from the British Muslim Awards – who dubbed her businesswoman of the year in 2017.

Starting working life as a member of the ground operations team at London City Airport, Mr Rahman now plans to fly people around the world with his own airline.

The businessman is co-founder and owner of the perfume company Sunnamusk – which he claims to have started with his five brothers and just £600 to their name.

Now he has revved up a new airline dubbed Firnas Airways, which is set to launch this year.

Broadcaster Channel 4 recorded his venture into the airline market for its How to Start an Airline documentary.

According to The Sunday Times Rich List 2018, Sir Anwar Pervez is the 43rd richest person in the country.

The Pakistan-born billionaire moved to Britain at 21 and later started a business that became the Bestway Group wholesaler.

As chairman, Sir Anwar has overseen the business’ expansion into the banking, cement, real estate and pharmacy sectors since founding the empire.

He is now worth an estimated £3bn as a result of his moves and deals at the top of the Bestway Group.