Moscow was awarded the highest rating by the UN for its smart city credentials, with innovations in connectivity, e-government and education helping it to attain the top rank 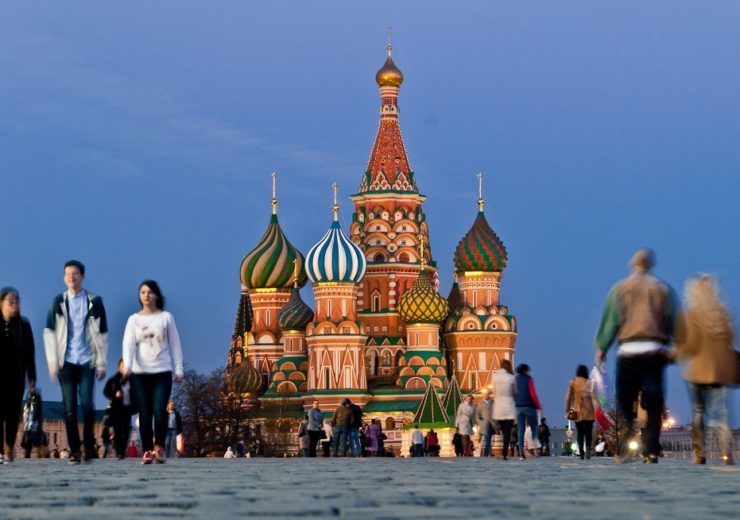 The Russian capital of Moscow was the highest rated smart city in a United Nations review of digital services across 40 global municipalities.

Although Moscow may sound an unlikely contender for the title, its digitisation of government services and integration of new technologies helped it to take top place in July 2018.

Artem Ermolaev, the former Minister of IT for Moscow and current president at the non-profit organisation Smart Cities, says: “We made a big jump from last position in the Russian Federation to first place in the United Nations ratings for smart cities.”

During London Tech Week, Mr Ermolaev explained some of the smart city innovations being used in Moscow.

Bringing Wi-Fi to the metro

Connectivity is crucial to powering any smart city, and one of the places where connectivity is normally restricted is on underground transport.

Ermolaev says: “When you create a smart city, you can’t create it without the infrastructure, so that was our first goal.

“The biggest challenge was the Wi-Fi because we needed to create the opportunity for all citizens to be connected online for free.

“We implemented the most comprehensive underground Wi-Fi network in the metro, which reaches approximately five million people per day.”

Some 330km of the Moscow metro is now covered by Wi-Fi and perhaps more impressively, it was provided at no cost to the local government.

Ermolaev adds: “It was done with zero investment from the city, because we offered telecommunications companies free advertising in return for helping to set up the Wi-Fi network.

“Users have to watch 30 seconds of advertisement before going online but receive free internet connection in return.

“That that gave us the opportunity to bring every citizen online.”

The local authority also gets the additional benefit of being able to collect data on its citizens.

Ermolaev explains the big data is used to understand what tourists and citizens are interested in and popular places to travel to.

There are over 300 public services available to Moscow citizens via mobile applications and is the method which 75% of the city’s inhabitants chose to access them.

But, Muscovites are not just passive participants – the app lets them have their say on public affairs too.

Ermolaev says: “Being a smart city is about the citizen’s driving the city – from the very beginning we gave an opportunity for the citizens to vote for any civil act that the government does.”

It’s city-wide e-voting application, called Active Citizen, has over 2.2 million users and to date, over 4,000 votes have been held.

Votes can be held on issues affecting the public and examples include, votes on stricter rules for the sale of alcoholic energy drinks, adjusting the speed limit in the city centre, or where to locate a kindergarten.

Ermolaev adds: “It’s the main instrument we use for e-democracy.

“One of the biggest challenges for this will come at the end of September when electronic voting will be used for the Moscow parliamentary elections.

“All votes will be recorded in the blockchain, which will give an opportunity to test the technology on large amount of users.”

Other uses of the app include using crowd-sourced knowledge to highlight issues for the local council to deal with.

“If you see that a broken bench or potholes in the road, you can take a photo and send it to the government via the app,” says Ermolaev.

“From there the government will have eight days to fix the issue and, if they don’t, the problem will be escalated up the ranks until it is resolved.

“It’s helped to build trust between citizens and the government.”

How education works in the Moscow smart city

School-life for truants and troublemakers has been made “a nightmare” for pupils in Moscow, according to Ermolaev.

“Every school child has to enter the school gate through the use of a plastic card,” he says.

“Once they enter, the parent or carer receives an instant push notification or SMS to their mobile to confirm that their child has entered the school.

“When the pupil is given a grade at school, whether it’s A, B or C, the parents are also notified of the results via a message.

“After that, the child goes to lunch and decides to buy two Snickers chocolate bars, even though their mother told them not too.

“Once again, the parents get a message to tell them how many calories their child ate.

“It means the parents can come back home knowing whether they should be in a good or bad mood when they greet their child.”

As part of the government’s efforts to digitise the current education system, all teachers and pupils in Moscow have personal laptops and tablets – where they can be sent tutorial sessions and access textbooks.

Although Ermolaev admits, “on the one hand it’s not good for the kid”, it does allow schools to understand the different elements of school life that have an impact on results.

He explains: “We can correlate the results of the kids with what they are reading, the homework they completed or how far they live from school.

“Investing in digitalisation allows us to make forecasts and use big data and analysis to create digital twins, not just to improve education, but also for healthcare and transport.”