How to get more women in tech, by Tech Talent Charter CEO Debbie Forster MBE

Debbie Forster MBE, who is on the frontline tackling the issue of getting more women in tech as CEO of the Tech Talent Charter, outlines to Dan Robinson how role models, education and the gender pay gap play a big role in achieving a gender balance that makes business sense 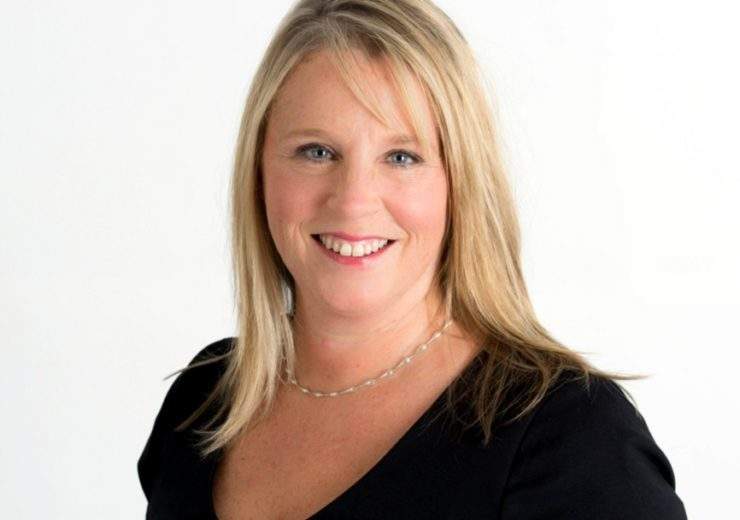 Debbie Forster MBE, CEO of the Tech Talent Charter, is aiming to get more women in tech jobs

“It allows women to be creative, innovative and at the heart of what’s coming into the world.

“Rather than just being a passenger and consumer of what’s next in line, it puts them in the driving seat to make tech work for us.”

Debbie Forster MBE is effusive in why more women in tech are needed.

She’s on the frontline tackling a problem in which almost five in six jobs within the industry are occupied by men – and she has three suggestions on how to rebalance the scales.

The first involves rethinking the dialogue on why it’s a good career path for women who often dismiss it at an early age, while flexible working and transforming education also come into play.

“I’d make flexible and remote working the norm for everyone,” says the former headteacher, who unintentionally entered the tech industry later in her career when helping to run tech charity Apps for Good.

“Let’s get out and start this conversation with the women who didn’t go into tech initially – find a way of showing them how tech opens doors into every job and every industry.

“I’d also completely rethink how we are doing tech in schools – get the focus back on why certain skills are great to have.

“We’ve added coding to the curriculum but haven’t shown what’s exciting, which is the entrepreneurialism and confidence it brings in today’s marketplace.

“If you don’t do that, you won’t get to the next stage of what tech is about.”

Debbie demonstrates a passion about the subject that led to her involvement with the Tech Talent Charter, where she is CEO, and recognition such as her MBE in 2017 for services to digital technology and tech development.

She was also named Woman of the Year for 2016 by Women in Science and Engineering, and has featured on Computer Weekly’s list of 25 Most Inspirational Women in UK IT every year since 2014.

“It’s a no-brainer for companies to get more women in tech,” she says. “There’s plenty of work to do but I believe all the pieces of the puzzle are out there, and we just have to bring them together.”

What is the Tech Talent Charter?

Established two years ago by a number of organisations across the tech, recruitment and social enterprise fields, the Tech Talent Charter is a not-for-profit organisation that aims to increase diversity in the industry.

Its main focus right now is on improving gender diversity as it highlights how only 17% of Britain’s tech and ICT workers are female, while only one in ten girls are taking A-level computer studies.

This is despite there being a looming digital skills gap where the country needs a million more tech workers by 2020.

The charter encourages and supports businesses that sign up to tackle this issue head-on by pledging to:

In March 2017, the group was supported by the government in its policy paper on the UK Digital Strategy and offered funding.

It was validation for the organisation and, while there were 17 companies signed up to the charter at that time, it sparked the growth that resulted in 100 signatories by December last year and expectations this will grow to 300 by the end of this month.

Debbie says the charter is aimed at “any company that see tech at its heart” and includes high-profile names such as HP, Microsoft, BBC, Sky, Salesforce, Nationwide Building Society, Eurostar, Cisco and Shell.

Four components to getting more women in tech jobs

Each of the companies signed up makes four commitments under the headings of people, planning, practice and data towards achieving the goal of more women in tech.

Debbie explains: “They should all have a senior executive overseeing implementation, such as a CTO, MD or head of diversity.

“We don’t go heavy on regulation because what the BBC needs is very different to a start-up or the Department of Digital, Culture, Media and Sport.

“But things that get bolted on by companies often fall off by the second quarter so we ask that they have a plan.

“The practice and data is where it really comes to life. Companies are coming together to share best practice, thought pieces, blogs and templates for what they’ve done.”

It is this broad spectrum that gives the diversity in tech movement the best chance of succeeding, believes Debbie.

“The problem is too big for any one company to solve,” she says. “If we think about tech in its biggest sense, there aren’t enough data scientists and developers out there.

“It’s not just about getting companies to write a better advert or keeping this as a trade secret.

“The companies that are figuring things out but keep it as a secret aren’t helping themselves because we need everyone to put their minds together and raise the profile of the industry for women.

“We have companies that are very willing to share across our membership, even with competitors, about what is and isn’t working.

“We’re putting together an open playbook of best practices.”

Companies also make a commitment to share data annually about things like the number of employees they have, the proportion of males and females within the workforce, gender pay gap for IT positions and the number of roles where at least one woman was shortlisted.

“If you don’t measure it, you won’t know if it’s working or not,” says Debbie. “We’re all about helping and equipping the companies, so we’ll take the data, anonymise and then aggregate it.

“Then we’ll produce an annual report, starting in January, for companies to benchmark against.”

Discussion on getting more women in tech is evolving

While almost every major tech event seems to have a panel discussion on promoting female talent in the industry, this wasn’t always the case.

Debbie, an American who has lived in Britain for 30 years, recalls: “Five years ago, I had to fight to get people to realise there was even an issue with a lack of diversity in tech – no one knew the statistics were so bad.

“Four years ago, I then had to fight to get companies to realise the benefit of diversity.

“It was three years ago when companies were starting to wake up and do something about it.”

She cites research by consultancy McKinsey in 2015 that found companies with a more diverse workforce perform better financially.

“It improves profitability, and the ability to handle new markets and disruption.”

Not that everyone is on board, of course, as she admits there are some businesses that don’t believe investing in diversity is worthwhile.

“I’m not going to bother trying to change their minds because the market will reward those who do get it,” she adds.

How female role models could increase number of women in STEM

Just 34% of young girls’ choice at A-level are STEM (science, technology, engineering and mathematics) subjects and, once they reach university, this only decreases to 14% – the same figure as the number of women in STEM careers.

It’s between the ages of ten and 14 that young people start ruling out career choices – if not coming to the conclusion of what they want to pursue – and that’s where efforts should be focused, believes Debbie.

She says: “We can get excited about tech for tech’s sake, and focus on what we’re doing rather than how or why.

“We don’t let them see what tech does and we’re not training teachers enough about this.

“Higher up in education, there’s still courses that don’t bring to life what we can really do with tech.

“But it’s a fast-moving field so it’s very hard in education to stay ahead of the game.”

Finding the right role models for girls in education and women in the workplace is another important factor.

But they don’t just have to be at the top of the tree like Lastminute.com founder and women in tech champion Baroness Martha Lane-Fox or IBM CEO Virginia Marie Nicosia.

“We need to know who’s not just at the top of the ladder but at the next step up,” says Debbie.

“I’m excited when I see middle managers going back and inspiring women at an earlier stage in their careers.

“We then need the early-stage career women to go back and speak to university students and the students to go back to school.

“We need to show people what the next step is so they know they can do it – because when you just see people at the top, it feels out of reach.

“When there’s already confidence issues, it becomes the killing blow and women opt out before they get to the next tier.”

While getting more girls to look towards STEM at school is one solution to improving diversity, retraining experienced female workers for a second or third career – as well as parents returning to the workforce – is another that should be carefully considered, says Debbie.

She adds: “If companies work with them to bring them up to speed, experienced workers will also bring those wider skills to a business alongside the tech skills.

“Some of our member organisations are good at retraining people but I also like the fact some companies are looking at apprenticeships – not just from a traditional younger people’s perspective, but those for older people who are already in the workplace.

“They’re called ‘returnships’ and there’s some great opportunities out there. From the employers’ point of view, they could get a person who’s streets ahead of someone from university.

“Companies are now looking at people who have a language degree, problem-solvers and creatives to rethink our stereotypes about who is a tech job for – and in doing so, they’re finding some great new talent.”

More than 10,000 UK employers were forced by the government to publish gender pay gap data for the first time in April this year and the results were revealing when it came to some of the big tech firms.

Women at Facebook were paid a 0.8% lower mean average rate than men – but 41.5% less in bonuses – while Google UK paid women 17% less on average and were 43% behind when it came to bonuses.

Amazon had a 6% mean average gap and Apple UK’s was 5% – although the median average figures were 0.7% and -2% respectively.

Debbie admits the gender pay gap publication was a “difficult time” and “uncomfortable” for some companies but at least created a starting point to bring questions forward on the issue.

“Now we’ve torn that plaster off, people are more ready to start looking at that data and analysing not just who they’re recruiting, but how they’re retaining them,” she says.

“The data has stripped away the complacency so companies can’t just say ‘that’s just the way things are’.

“Data is a good way to start that conversation. Companies are talking internally about why people are leaving, what’s working and what doesn’t – unpacking what their culture is, and looking at more flexible and remote ways of working.”