Jason Bates co-founded digital start-ups including Monzo, Starling and 11:FS. He discussed where his business ideas come from this week at QuickBooks Connect, where Sam Forsdick was in the audience 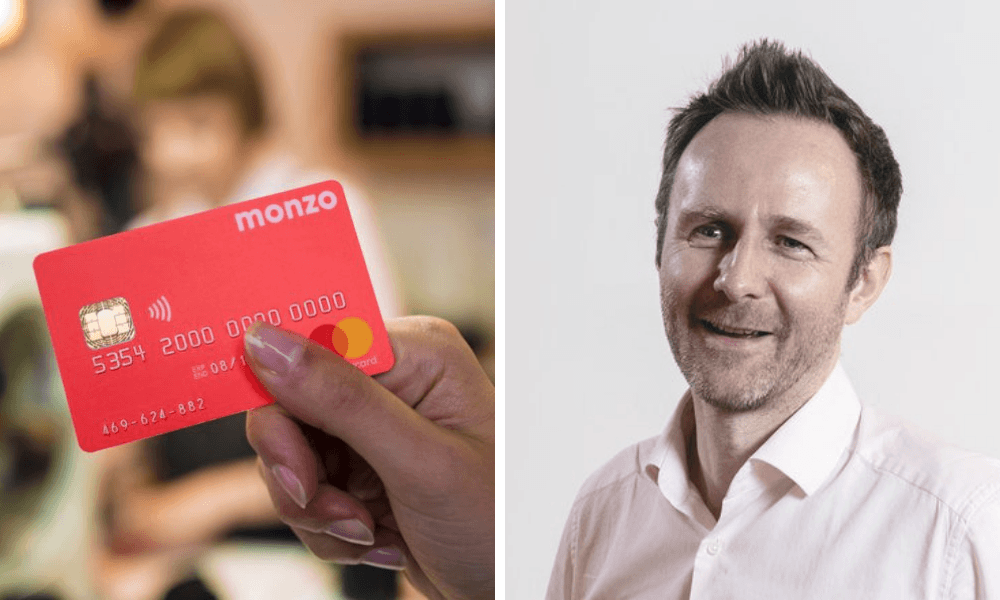 “Career stories in general are made up in retrospect,” he tells the audience at QuickBooks Connect, an event in London for entrepreneurs, small business owners and accountants.

“I could probably tell you this great narrative stretching back to when I started and say how it was always meant to be but I think that’s rubbish.”

Out of the eight companies he has attempted to launch, three have failed.

However, fintech start-up Starling, which he co-founded in 2014, has emerged as one of the biggest challenger banks in the UK; 11:FS, a consultancy that helps businesses make the transition to digital, had a successful launch in 2016; while Monzo reached unicorn status at the end of last year.

Reflecting on the process of leaning from earlier failures to create a company with a $1bn (£752m) valuation, Jason says: “Its that combination of self-understanding, and trial and error of finding out what you’re good at and not good at, that led me to areas where I can create value.

“I could do one or two of those very easily but to do all three is hard work.”

In his mission to create value for customers and have a big impact, Jason decided to go to banking customers to see what changes they wanted.

Jason says: “I think anyone who creates a great business isn’t focusing on what they will do to the rest of the industry – instead, they are looking at what customers and the end users need.

“What are the brutal realities of customers’ lives? Ultimately, when you look out there, people are struggling to make ends meet.”

According to Jason, the big difference between traditional banks and their new challengers is the move from commodity products to “intelligence services”.

“Mass-market banks are a great place to store your money and make payments but they’re not in the job of working out your day-to-day finances and telling you whether you have enough to last you until next payday,” he says.

“Those services are based on what the customer needs, so it wasn’t a case of looking at banks and thinking ‘how do we destroy them or take them on?’

“It was a case of asking customers what they wanted.”

To that end, the concept for Monzo has its roots in a team of people – Jason founded the company with Tom Blomfield, Paul Rippon, Jonas Huckestein and Gary Dolman in 2015 – going out and asking people what they thought of their bank.

He claims most people would say it was fine, but digging a little deeper it was easy to see that people wanted their bank to do more.

“If you ask people what they do to manage their finances, the first thing they do is check if they’ve been paid on payday,” he says.

“Banks operate on calendar months so your finances don’t start on payday and they only tell you if you have been paid, not if you haven’t.

“The next thing they say is: ‘I check that my direct debits and standing orders all line up so I know how much money I’ve got to live off for the rest of the month’.

“The more questions you asked, the more ways you find that digital can provide these intelligent services for people.”

Monzo co-founder Jason Bates on going from digitised to digital

Many banks have tried to imitate the fintech trend by offering an online banking option or app.

But for Jason, there remains a distinction between digitised businesses and digital.

He says: “Banking has traditionally been a commodity business and it didn’t matter whether you had a blue, green or red card in your wallet because they all offered the same thing.

“The only difference was whether they offered you a teaser rate or nice campaign to get you through the door.

“The change from a digitised business – which basically amounts to taking your statement and putting it on your phone – to a digital business is much bigger than people think.

“I remember telling someone at a dinner party that I work in digital banking and they turned back and said: ‘My bank has an app’.

“It was as if the idea had already been done.”

However, Jason believes that challenger banks, such as Monzo, Starling and Revolut, are operating in an entirely different business.

“It’s not going against the other banks – you are creating a new category and entirely new way of doing banking,” he says.

“You see the same trend happening across the world and in different industries.

“We’ve gone from owning albums, to storing them on iTunes, to streaming.

“That third jump is from digitised to digital and that’s the difficult job that every incumbent has.”