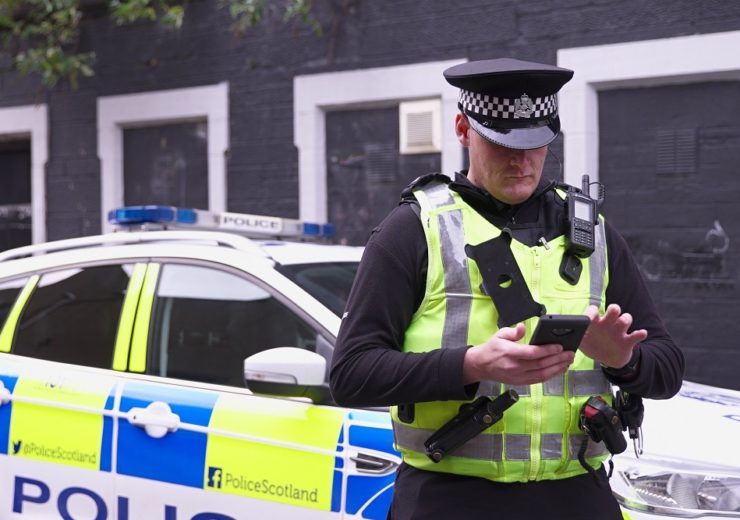 Pronto is used by 20 police forces and more than 40,000 officers across England, Wales and the Channel Islands, and could now be used by 10,000 in Scotland (Credit: Motorola Solutions)

Police in Glasgow will be able to ditch paperwork and traditional notepads following the introduction of Motorola Solutions’ digital policing application to the Scottish service.

The emergency service technology partner has introduced its Pronto mobile solution to police officers in Glasgow, while Dundee, Perth and Kinross cops are already familiar with the tech.

Motorola has ambitions to introduce the technology to 10,000 Police Scotland officers as part of a strategic partnership with the nation’s constabulary.

The Pronto application enables officers to complete the majority of their administrative duties while in the field, using a handheld mobile device.

The digital notebook, which is used by 50% of police forces in the UK, automatically time-stamps records and copies key details across forms to reduce the amount of time wasted repeating information.

Motorola Solutions claims that the application reduces so-called “yo-yo policing” which normally sees officers constantly going between the station and their regular beat to complete paperwork.

Helping police officers in Glasgow keep on the beat

Many of the officers’ duties can be completed in the field through the Pronto app.

Surrey Police, which was one of the early adopters of Motorola’s tech, has reported a 20% increase in productivity since its officers have been able to complete forms while out on the beat – representing a £7m efficiency saving.

Superintendent at Police Scotland Stevie Dolan said: “The key for us when deploying any new technology is how it can positively impact the work our officers do in their local community.

“By rolling out Pronto to our officers in Glasgow, we are significantly reducing the amount of time they will have to spend completing administrative tasks. Pronto allows our officers to access the information they need, at the touch of a button, even when they are away from a police station.”

The mobile application also provides direct access to several local and national police databases, such as the Police Command and Control system, the Scottish Criminal History System and the Police National Computer.

This allows officers to confer with images and records on the database to confirm whether a person is being honest about their identity or criminal record.

The ability to this, helps to cut the number of people taken into custody, which would previously have been the only way to verify a suspect’s identity — taking officers off the street for two to four hours at a time.

The Illinois-headquartered company has a development centre in Glasgow, which focuses on app testing.

UK & Ireland at Motorola Solutions country manager Fergus Mayne added: “We’re extremely proud to see Pronto rolled out in Glasgow. It is a leading mobile solution for the police, and it will now support front-line officers in the city on a daily basis.

“We are pleased to extend our longstanding partnership with Police Scotland and look forward to working on further innovations in police technology with the force.”