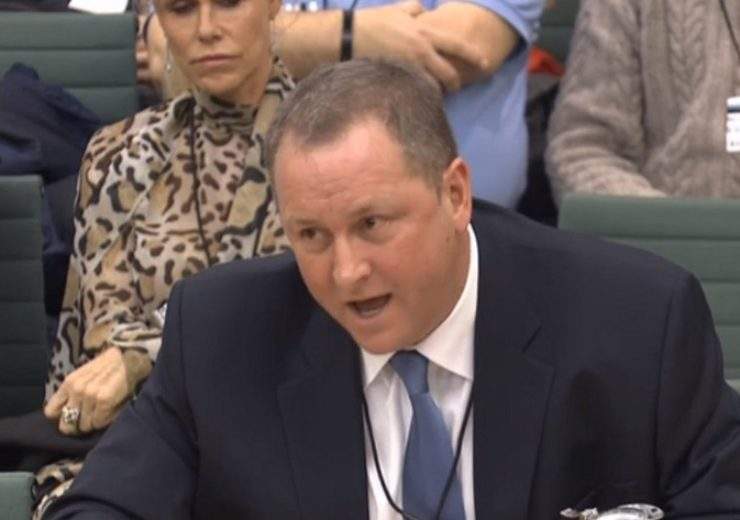 The high street is “already dead”, believes retail tycoon Mike Ashley – as he called on imposing “draconian” policies that tax online businesses to revive it.

The Sports Direct founder and chairman – who bought House of Fraser earlier this year before embarking on a spree of shop closures – believes placing a levy on British retailers that make more than 20% of their turnover through web sales would encourage them to reinvest in physical stores.

In a lengthy Q&A session with the communities committee in Parliament, he also spoke about the impact of parking charges in towns, why he’s closing House of Fraser stores and denying his role as the “pantomime villain”.

“Force us, stroke, help us,” said Ashley, who also has stakes in retailers such as Debenhams, Blacks and JD Sport.

“Use the combination of the carrot and the stick, and companies like SDI (Sports Direct International) Group will step up to the plate.

“It’s impossible for the high street to compete with the internet so you have to tax those retailers that get more than 20% of their business from online.

“You’ve got to drive the people back into the high street because we have to realise that unless we do something really radical and grab the bull by the horns, the high street won’t be there in 2030.

“It’s a very draconian system but no one ever envisaged the web.”

Compelo sums up the main points and gets a verdict from an industry analyst.

The mainstream high streets that we see today are already dead.

They can’t survive – their patient has died. That’s the majority and the decline has happened.

You must look at a store’s profitability after central overheads. I’ll promise you someone has to pay to get the goods to the store. How would it survive if you didn’t have a warehouse supply and HR role?

The vast majority of the high street therefore has already died – it’s in the bottom of the swimming pool, dead.

That person has died. Now we need to look at the vast minority of the high street. This person – which is outside the top 20% – is flat-lining, they’re on the operating table.

You’ve got a problem and the only thing you can do is give them a massive electric shock.

You have to immediately tax the internet for the good of the high street.

As a minimum, you have to tax the web boys 20% – and by the way, that will affect me massively because I’ve got a £400m online business.

Think about what would be fair and what you want to achieve. If you accept 20% isn’t saveable, 60% is in a terrible mess as we speak, and the 20% super-elites survive anyway.

So you have to save the 60% and do really simple stuff. What happens if more than 20% of your turnover was on the web and you have to pay 20% tax on that?

It’s very simple – if I’m a retailer, I’ll make very sure not to pay the 20% tax. I’ll keep 80% of my revenues going through the high street because I’d stop closing three stores into one, and it now makes business sense to cross-subsidise those stores and keep them open.

What’s more, if we have click and collect through those stores, they act as a credit. It means SDI Group would look to keep as many stores open as possible and it wouldn’t just invest in keeping stores open, but would probably go on an opening spree.

If you don’t help retailers like me, then force me. And watch us re-invest because we need to keep 80% of our business on the high street.

Simultaneously, you’ve levelled the playing field with the big web guys with one big knockout punch.

We’d never, ever, ever want to become 21% online because we’d be subject to the tax so we’re going to make sure it at 80% in the high street.

And what’s more, we’re going to make sure people go to the high street to collect parcels on click and collect rather than have them delivered to their homes because it pays us to.

Mike Ashley on free parking in towns and cities

But you guys have to do more. You have to do free parking – I’m not talking about Oxford Street, where we all pay millions and millions on rent.

I’m talking about high streets that are barren, deserted and closing. Yet you still have some towns that are charging for parking, therefore negating the whole free click and collect thing.

Everyone has to come together and look at it on this scale. I know it sounds very socialist – I’m not this crazy capitalist like everyone thinks I am, and I think something like that, if you really delivered it, could work.

I’d love to see more park and rides, and free car parks. If we had this 20% tax, they could buy all those town centre car parks, and if you buy something from a store, people get so much free parking.

Mike Ashley on the future of department stores

What I believe is the concept of the department store is actually correct because you have everything in one building.

If you can get retailers to take the right amount of space in a department store, like a Sports Direct in a House of Fraser but elevated so everyone who wants their Adidas trainers is going to a House of Fraser.

I don’t believe department stores are dead, I think they need to evolve. It’s not just about a sea of clothing anymore.

Why don’t you put on the top floors free computer gaming that drags that generation through the store?

The top floor of that department store isn’t being used and is losing money anyway, so all of a sudden you’re creating a place where people go and interact.

That’s the type of thing that could transform department stores. What they’re stuck with is prehistoric rents that are no longer correct because they were set pre-internet, which is why landlords need to take a share of the blame.

It probably can’t survive on the people it has in the stores, so it needs more self-service.

House of Fraser will probably elevate itself to a more luxury offer, so it has a different role to play.

There’s more you could do with the buildings than at the moment. I accept House of Fraser can’t have 500,000 sq ft in Birmingham, but what you don’t want to lose is House of Fraser.

So what if you convert the top two, three or four floors? And everyone works together so the council says as long as you keep this much retail, some of it could be residential.

I believe the previous company was running for a very long time as insolvent and no one wanted to do anything about it.

“By the way, I was an 11% shareholder at Sports Direct and we lost £11m. The only reason SDI got House of Fraser was because it was prepared to pay the most amount of money.”

It makes no difference to me whether they’re on zero hours or not. The benefits are in flexibility – students and a lot of mums love them.

Mike Ashley on the future for House of Fraser staff

House of Fraser has to be a totally different business to what it was because it went bust. So we have to change things and guess what, that might be we don’t have as many people.

Because sometimes the only people in House of Fraser was its staff. So no, I can’t guarantee the future of everyone.

I wanted to keep as many stores open as I could and everybody knows I set a target of 80%. Which person could keep 59 stores open, besides God? It’s impossible.

If I manage to save 80% of them, that might be a God-like performance. And before anyone says it, I’m not comparing myself to God.

I’m not Father Christmas either but I try to be fair and balanced.

Mike Ashley on being a business owner

I know I’m ultimately responsible for every action of every person in the SDI Group, but in reality it’s impossible.

It would be like asking every policeman to be responsible for every burglar. It’s not impossible.

She says: “It makes sense because if you can generate more tax income from the online retailers, it can be invested in other areas.

“He was very straight-talking and honest, and had some pragmatic ideas about using the tax to offer park and ride, or free parking.

“It’s offered some practical options and hopefully it’ll lead somewhere, but it takes Parliament forever to do anything and get everyone on board when everyone is so obsessed with Brexit right now.”