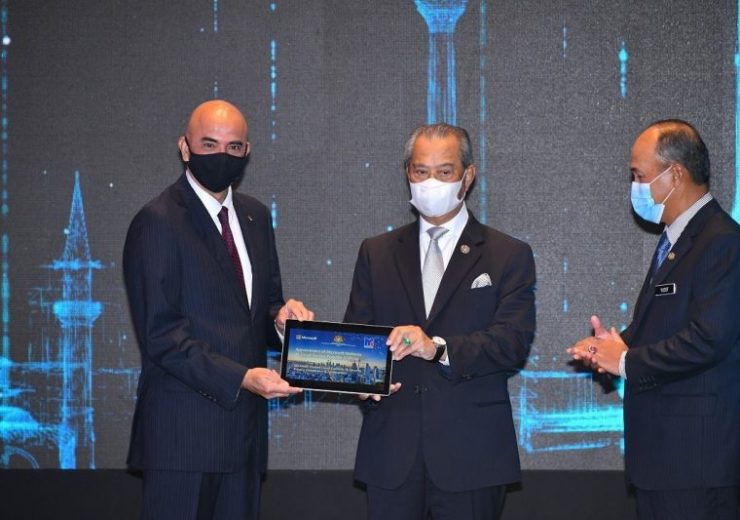 Microsoft said that it will set up its first datacentre region in Malaysia as part of a $1bn investment in the Southeast Asian country over the next five years.

The datacentre region will help the tech giant to deliver its cloud services locally, while adding the ability to store data in-country. It will be established in the Greater Kuala Lumpur area.

Malaysian Prime Minister Muhyiddin Yassin said: “As we cement the Microsoft partnership today, I hope this is just the first green shoots of a broader meadow of investments in Malaysia, for Microsoft and other data players.

“This significant investment from Microsoft further fortifies Malaysia’s position as a potential regional data hub and we stand ever ready to welcome more such partners as we work with our stakeholders to continually improve Malaysia’s value proposition in this big data space.”

Through the new datacentre region, the tech giant will provide access to the full Microsoft Cloud, which include Microsoft Azure, Microsoft 365, and Dynamics 365 and Power Platform.

The company said that the investment is part of its “Bersama Malaysia” (Together with Malaysia) initiative.

Through the initiative, the company plans to play a part in empowering the country’s inclusive digital economy and in advancing its digital transformation across both the private and public sectors.

The US tech giant, alongside its local partner Enfrasys Solutions, will provide cloud services to the Malaysian public sector agencies till 2023.

The company will also partner with Censof, Web Bytes, and Silverlake Group for expediting digital transformation in Malaysia’s key industries, which include financial services, food and beverage, retail, and also the public sector.

Additionally, Microsoft said that it will skill an additional one million Malaysians by the end of 2023 to prosper in the cloud and AI-enabled digital economy.

The company will also help create the MyDigital Alliance Leadership Council for collaborating on cloud-first and digital-native policy recommendations.

“The upcoming datacentre region will be a game-changer for Malaysia, enabling the government and businesses to reimagine and transform their operations, to the benefit of all citizens.”