“If we get this right, all of us will be standing at the centre of the period of the greatest progress in history" 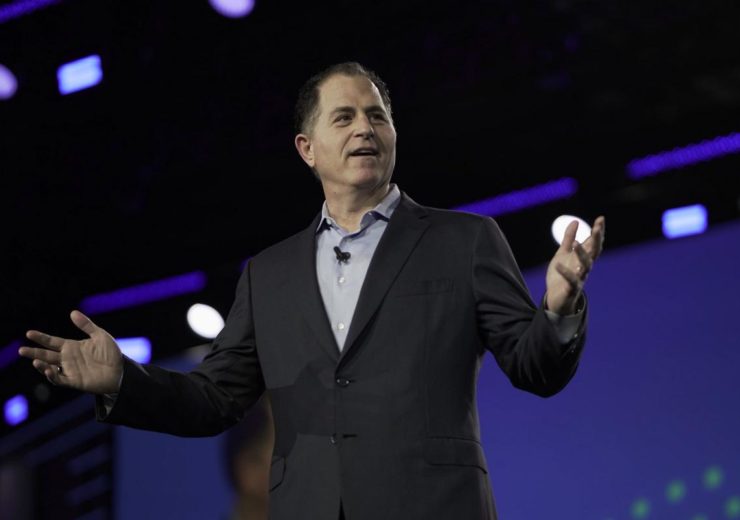 Humanity is on the cusp of making its biggest ever leap forward thanks to the possibilities created by data, believes Michael Dell.

The founder and CEO of Dell Technologies made the bold claim as he said technology could be a force for good in the world, rather than have the negative impact many observers have suggested will be felt with the arrival of artificial intelligence and other digital tools.

He spoke today (12 November) at the Dell Technologies Summit, in Austin, as he unveiled the company’s ambitious strategy to achieve a list of social impact goals, ranging from recycling an item for every product it sells to striking a 50-50 gender balance in its workforce, by 2030.

Dell also outlined a vision for it to aggregate all the world’s fragmented data – which is stored on the cloud in various data centres across the world – into a single system where it can be analysed and turned into actions.

“If we get this right, all of us will be standing at the centre of the period of the greatest progress in history, putting data to work to build a better world,” he said.

“It’s a generational opportunity that creates long-term value for stakeholders in a process, and it’s the most exciting work that we can be doing so we’re thrilled to be a part of that.”

Michael Dell on the value of data and technology in society

A self-confessed technology optimist because it “amplifies human potential”, Dell said the $78.7bn company he founded in 1984 has always stayed true to its mission of “democratising access to technology and helping to advance human progress”.

“And certainly, if we look at that, today technology is more accessible, connected and powerful, and the progress has been quite frankly incredible,” he said.

“If we look at life expectations, infant mortality vaccinations, basic healthcare, literacy for kids in school, economic growth and the reduction in poverty, there’s been astonishing progress – but there’s always more to do.”

This last point was later amplified by the dean of the Dell Medical School that the tech CEO helped set up at Austin-based University of Texas, S Claiborne “Clay” Johnston, when he pointed out how life expectancy is declining in the US due to poor healthcare.

But Dell believes there is the potential to “do more than we have ever imagined” with technologies like 5G, deep learning and neural networks beginning to form real-life applications.

“Our world is being digitally transformed. All the physical objects are becoming instrumented, connected and digitised.

“That’s creating an enormous stream of data in the digital universe – it’s everywhere, in everything and it’s coming at us very fast.

“It’s in our homes, buildings, cars, clothes – the entire world – this is the digital transformation.”

Michael Dell on the evolution of data over the next decade

In 2007, according to Dell, the entire cellular network in the US moved 86 petabytes of data, but today that amount is processed in just 18 hours.

Within 10 years, he believes the same level of data will be moved every 10 minutes – marking a 52,000-times increase in the amount of data.

“This is why we call it the next data decade,” he added, referencing the summit’s theme. “This tsunami of data holds incredible promise for humanity more than ever.

“Now, just putting this technology in the hands of people isn’t enough. The greatest opportunity is to really put this data to work and help us the most.

By cutting through the fragmented environment that exists in the way data is stored and create a better connected model in which decisions can be made in real-time, Dell believes there could be an explosion in new applications – ranging from autonomous factories and vehicles to intelligent hospitals and delivery services.

Integrating and securing the data presents the biggest challenge for tech companies moving forward, he claimed, as he unveiled two new enterprise technology products that he believes are capable of achieving precisely this.

He added: “The promise of progress from all this data is really just a promise unless we can bring all that together and do something useful with it.”