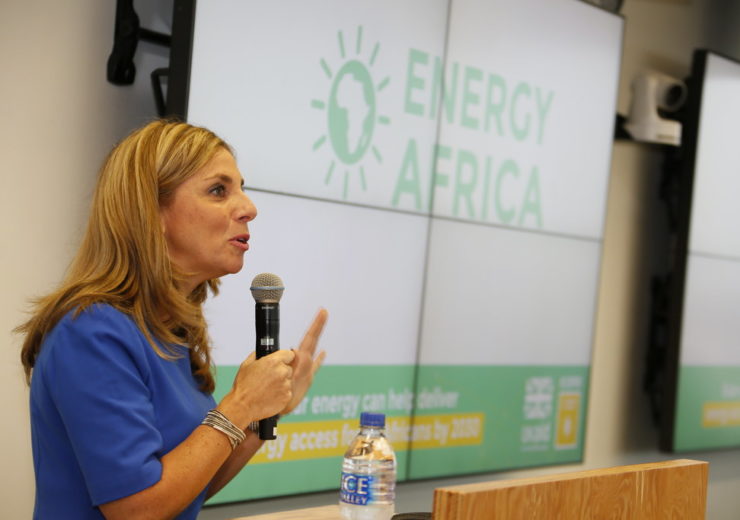 As Facebook’s vice-president for Europe, the Middle East and Africa, Nicola Mendelsohn is one of the region’s most powerful women in tech. CEO Journal writer Michael Shaw examines to what degree her public championing of the advancement of women in the workplace dovetails with the role the social network is currently playing in the public square.

Power doesn’t simply corrupt – it reveals, as Robert Caro says so often now in his dotage. By this, the great biographer means that the acquisition of authority has an acid effect on the onion structure of our personalities.

The more power is acquired, the more the subject is stripped down to their base nature, either revealing them as greedy for more power or – more rarely – inclined to share it with those who have less of it.

Nicola Mendelsohn falls in the latter camp. As Facebook’s vice-president for Europe, the Middle East and Africa, she has consistently used her power to further the career of women and minorities in business.

Since she joined the company in 2014, Mendelsohn has used the occasion of International Women’s Day to hold a week of events dedicated to diversity across its offices. She is also an enthusiastic patron of the AllBright initiative, which supports female entrepreneurs with training and funding.

“Last year, there were more CEOs named ‘James’ than there were female CEOs among the Fortune 500,” says Mendelsohn. “Clearly a lot still needs to be done, and we need to think broader than just gender to diversity of background, age and ethnicity. The benefits of a diverse workforce aren’t just anecdotal. We know that companies with more diverse leadership teams report almost 20% higher revenues from innovation.”

Even if the benefits are self-evident, Mendelsohn has no illusions as to whether progress is inevitable. Patently, she believes, it requires concerted action.

“Improving diversity in business is everyone’s responsibility, but executive teams need to show commitment behind a shared vision to make change happen,” says Mendelsohn. “We all have a role to play in retaining the diverse talent that comes through our doors.”

Facebook is no exception. Mendelsohn has overseen the implementation of unconscious bias training at the company. Almost all staff at managerial level and above have volunteered for the course. “We also launched ‘Be the Ally’, a programme that helps employees be better advocates for one another,” adds Mendelsohn. “We’ve seen over 8,000 take part so far.”

Safeguarding diversity in the workforce also comes as a result of removing the barriers to advancement. “I’m on the board of Diageo, which recently announced it would offer men and women an equal 52 weeks parental leave, including the first 26 weeks fully paid,” says Mendelsohn. “This is an incredibly progressive step that more companies should be taking.”

Mendelsohn may reign in the world of technology but she came from the land of marketing. Before joining Facebook, the Manchester-born mother of four was the executive chairman of advertising agency Karmarama, and before that a business development director at Bartle Bogle Hegarty (BBH).

“When I joined the graduate scheme at BBH, I was taught to bring my whole self to work,” says Mendelsohn, who is full of advice for her younger self when she joined Facebook. Chief among her maxims is to remember what her course of action would be if she weren’t afraid in that moment, a clue perhaps that she feels her appointment at the tech company was particularly hard-won.

“I’d also say ‘remember to have fun,’’ adds Mendelsohn. “Happy teams are high-performing teams, and people often generate their best ideas when they’re motivated and enjoying what they do. I know I do.”

It is this positive outlook – rather than any narrative of personal sacrifice – that Mendelsohn believes should fuel any woman’s rise from the back office to the boardroom. “Anyone can get to where they want to go and it doesn’t have to hurt in the process,” she explains. “The more boring truth is [that] you just need a plan.”

Mendelsohn is specifically referring to another maxim from her colleague, Facebook’s chief operating officer, Sheryl Sandberg: have a long-term dream and a short-term plan. “The long-term plan reaches towards a bigger dream, while the short-term plan pushes you to think about how you want to get better over the next year and a half.”

This is, of course, only so useful without active role models. Mendelsohn counts herself lucky in having such mentors during her career, starting with her parents when, as a teenager, she bussed tables for their catering company.

“It’s one of the reasons we created the Facebook #SheMeansBusiness programme, which supports female entrepreneurs,” Mendelsohn says. “It isn’t just about providing business skills. It’s about building communities of amazing women who can share advice, offer support, and inspire each other.”

Eventually, this might lead to the kind of future boardroom leader described in 2016 by Klaus Schwab, founder of the World Economic Forum: one possessed of emotional and not just analytical intelligence, a champion of co-operative working who’ll not command but coach change into being.

“For me, more focus should be given to emotional skills when people are being groomed for succession,” says Mendelsohn. “It’s those who can combine softer leadership skills with a strong grasp of business context that truly stand out.”

The sentiment has never seemed more apt, especially when it comes to Facebook’s direction in the coming years. At 2.7 billion users, the social network seems to be running out of worlds to conquer. Despite this, Mendelsohn sees several opportunities for new growth, although she must be aware of the gravity of any pronouncement she makes on the matter.

In 2016, the Facebook stalwart was roundly criticised for wrongly predicting demand for video content would grow exponentially in the near future, helping trigger what is now referred to as the “pivot to video” among several leading news publications and a sharp decline in their respective readerships.

Her views today seem much more grounded in current trends, with user engagement with ephemeral content having increased markedly. Over three million advertisers, for example, are using “Stories” – a slide show feature incorporating pictures, video and audio – to reach their target audiences across Instagram, Facebook and Messenger.

“We recently introduced Interactive Stories ads globally on Instagram,” says Mendelsohn. “These let people and businesses add interactive features like polling stickers to their content to make it stand out and to drive deeper engagement.”

Facebook is also eager to conform to user demand for a more seamless online experience, where the gap in time between spotting a product and buying is seconds, not minutes or hours.

“Generally, people now have choice and control over what they watch, reach, interact with and buy,” explains Mendelsohn. “They expect advertising and interactions with businesses to be tailored to them and in the formats they prefer. So for businesses, it’s time to get personal, and quick.”

Instagram leads in this respect, with users now being able to buy their desired product inside the app rather than scour the internet for it. “We can provide insights within the app so brands can better understand how their inspirational content impacts sales,” says Mendelsohn. “This is a brand-new route to purchase, which is a huge opportunity yet to be capitalised on fully.”

This theme may – in theory – extend to augmented and virtual reality, which Mendelsohn argues could bring “endless possibilities for businesses. We’ve just announced that Oculus for Business will be launched later this year, including Oculus Quest, which will provide a suite of tools designed to help companies reshape the way they reach customers through VR.”

If anything has surprised Mendelsohn since joining Facebook, it has been the overwhelming generosity of its users. In Europe, over 40 million people are part of a group on the social network of special importance to them.

“I’m one of them, and know first-hand the incredible power of that support network,” says Mendelsohn. In her role as vice-president, she has used every opportunity to meet the ‘inspiring’ individuals who help lead these mini-networks.

“I recently met Josie Naughton, co-founder of Help Refugees, who has raised over £11 million and helped over 722,000 people,” says Mendelsohn. “She’s taken [the group] from a hashtag in 2015 to a global movement that supports over 80 projects across Europe and the Middle East.”

Then there was the meeting with Alastair Ferguson from The Dadsnet, a support network of fathers that provides a forum for advice on parenthood. “Both have used Facebook to bring people together in every possible sense,” says Mendelsohn. “It is stories like these that motivate me to continue to improve and evolve our platform to help build important communities and make a difference to the world.”

That motivation is underpinned by a management philosophy that trusts in the potential of staff to act in the best interests of the company. “In any business, but especially those going through digital transformation, it’s vital to create an environment that liberates innovation and creativity from the fear of failure and judgement,” says Mendelsohn.

“When people are empowered to be themselves, pursue their ideas and course-adjust, you get the best out of them and the business.”

This article originally appeared in the summer 2019 edition of CEO Journal. The full issue can be viewed here.