Meet in Place founder on re-inventing the office meeting room

Meet in Place is positioning itself as the future of office meeting rooms, and boasts clients including Amazon, Wix and political parties 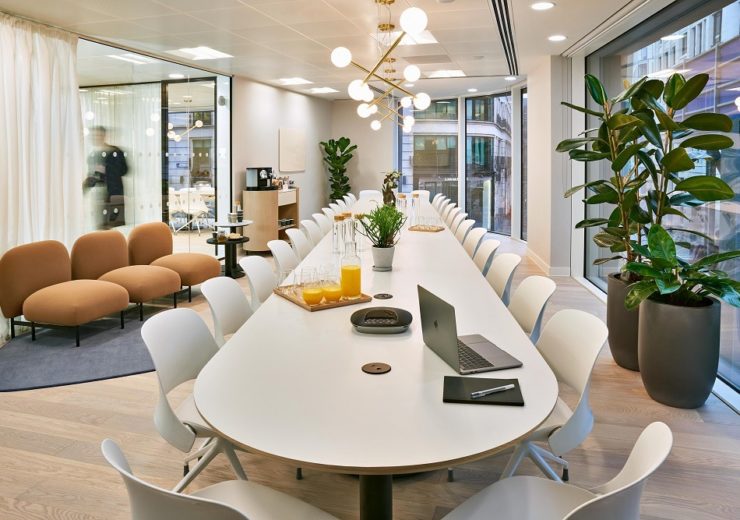 There was once a time when setting up a business meant the owner would have to sign a long-term contract to rent an office to themselves.

In recent years, this has become an increasingly old-fashioned model as providers like WeWork have been propelled into unicorn territory by shaking up the marketplace with sleek, shared workspaces for start-ups and freelancers to use on a flexible basis.

Meet in Place is the latest company to enter this space, although founder and CEO Yaron Kopel shuns any comparisons by emphasising the key difference – its offer is to provide on-demand meeting spaces, not desks.

“We’re completely different to WeWork because we’re exclusively a meeting space, designed for larger companies or freelancers that don’t have their own office space,” he says.

“At Meet in Place, there is no option to rent a room as a nine-to-five office space, whereas at WeWork, 90% of the business is those types of rentals.

“We are a new space, exclusively for business meetings.”

Where did the concept for Meet in Place come from?

Yaron was initially looking to pitch another concept to an investor when he came up with the idea for Meet in Place.

He says: “I was approaching Howard Schulz, the founder of Starbucks, and I wanted to show him an idea I had.

“We tried to set up a meeting and his secretary got back to me and said, ‘Howard can meet you next Thursday at 9am in Union Square, New York’.

“Where do you book for a meeting like that? I had a presentation I’d been working on for six months and needed his full attention.”

After multiple calls, Yaron settled for a hotel meeting room that cost him $350 an hour.

The high cost and difficulty in booking a room got Yaron wondering whether there was a better way to do things.

“The vision was to use technology to allow for the friendliest user experience – similar to that of Uber – but while also controlling the space and experience,” Yaron adds.

“We worked together on the first site, together with an app, which had a booking platform where users could find a space for 30 minutes in 30 seconds.

“I come from the point of user experience – it’s the only way I know how to create innovation.”

Yaron’s background as head of product and design at SodaStream was reliant on an attention to detail that has carried over into his new venture.

The Israeli entrepreneur set up the first Meet in Place in Tel Aviv in 2016 and was followed by offices in New York and London.

He says: “It’s important to create a relaxing atmosphere because that creates a different energy when you come in for a meeting.

“The design is all from my own imagination. I come from the field of user design and experience, and it’s something that is very close to my heart.”

The four different sized meeting rooms are designed for between two and 50 people, and all feature a minimalist, Scandinavian design.

Yaron adds: “The vision is to have something which is designed to feel very comfortable and relaxing.

“We always choose the first floor so you can have the energy from the people on the street.

“If we put you on a high floor, it becomes just like any other office – it’s important to feel part of the city that you’re in.”

The value of meetings to businesses

Yaron believes that meetings are currently undervalued by many businesses and many employees see them as a tedious distraction from work.

He says: “When looking at the value, you need to work out what a meeting really costs.

“To calculate it, you need to think about how much the people who attend the meeting are earning.

“When you organise a meeting with a lot of people, some will be late, another person might knock on the door and ask you to sign something or answer a call.

“It means that 30% of a meeting is often wasted, whereas if you do it outside the office, it can be done in a place that’s more isolated and people tend to give the meeting more respect.

Meet in Place offers four different styles of meeting rooms – from the more informal salon, up to the grand conference room, which can be configured to hold 50 people.

Yaron claims that many people would be surprised at the types of meetings held at Meet in Place – anything from interviews to offsite brainstorming, deals, negotiations, press junkets and coaching sessions.

Clients include the big four US technology companies and several multinationals, with 20 to 50 meetings booked each week at Meet in Space’s London office.

Security and privacy is another key priority for many of these international firms and is another one of the factors that differentiates Meet in Place from other bookable meeting rooms.

Yaron says: “All our rooms have curtains to create that level of privacy and many clients do use them.

“We don’t have cameras anywhere at our locations to allow for privacy too and each Wi-Fi unit is devoted to a specific room.

“Cyber security and firewalls are also in place – everything has been thought of.”

The future of meetings?

Although Meet in Place is only in the US, Tel Aviv and London right now, Yaron has big ambitions for the company.

The focus is currently on expanding in Western Europe, with Paris, Amsterdam, Barcelona, Munich and Frankfurt all in the pipeline.

“I think the potential is there for every major city and this is what we’re targeting,” Yaron says.

“Meeting rooms generally take up 15% to 20% of the space in an office, so when a company grows, the first thing that goes is the meeting room.

“We believe rentable space will be the future of meetings because it’s the most efficient way.”