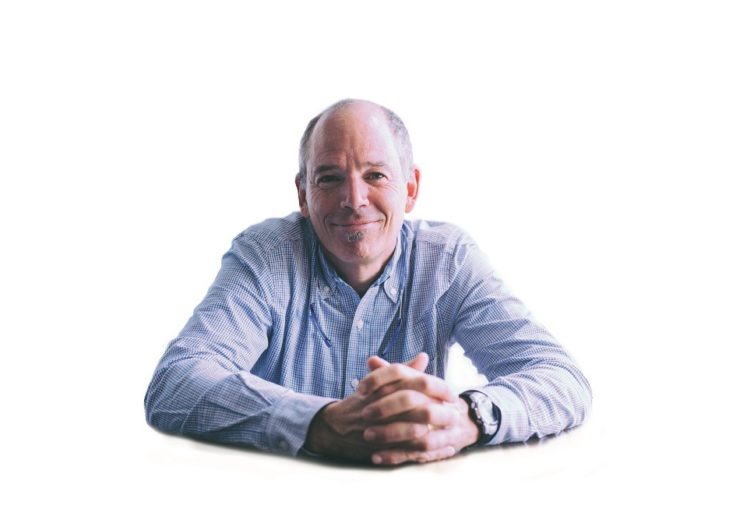 It grew from a modest idea into a multibillion-dollar empire, producing Oscar-winning content. But how did Netflix become the global giant it is today? Co-founder and first CEO Marc Randolph tells CEO Journal editor Stephen Hall the inside story of the company’s early days and his role in its extraordinary rise.

Between the spring and summer of 1997, more than two decades ago, two men drove to work each day in Sunnyvale, California, exchanging ideas and laying the foundations for a company that would eventually be worth billions of dollars.

Carpooling on their commute to the office, and on the way home after a day of diligent research, entrepreneurs Reed Hastings and Marc Randolph bounced numerous concepts off one another.

Netflix, now a household name with an audience of over 151 million in 190 countries, almost became a business selling customised baseball bats, moulded by computer to a set of exact specifications, dimensions and weight. It could have been a personalised canine food company, selling sustenance, custom-crafted to the individual tastes of each dog. It could even have become a door-to-door personalised shampoo business. Such were the variation of ideas dreamed up during the pair’s discussions.

Both men were on the verge of leaving their day jobs, Hastings to pursue a higher degree in education and Randolph to start another company, when they came up with an idea that seemed to hit home – movies requested online and rented via mail.

As video cassettes would be far too bulky and expensive to mail, Randolph and Hastings instead turned to a then newfangled format: DVDs.

The business officially commenced operations when Randolph posted a Patsy Klein CD through the mail. At that time, there were only around 77,000 DVD players worldwide, so starting the company was a gamble that may never have paid off, especially if the format had followed the same trajectory as the laserdisc player and the VCR.

“We decided the only way to do it was to be at the point when someone buys the player rather than try and find people that already have them,” he explains. “But that meant convincing the big consumer electronics companies to put a big sticker on their box from a company which had been in business for two weeks, doing this ridiculous thing called DVD rental by mail.”

It was an audacious request, pitched to the likes of Sony and Samsung, which would eventually launch a dynasty. But first, that Patsy Klein CD would have to pass through the US mailing system and arrive at its destination intact.

When it landed at Hastings’ house unbroken the next day for the price of a first-class stamp, the pair had an inkling that their crazy idea might work after all.

Marc Randolph on the early days for Netflix

A modest business was then set up in an old bank building with a shabby green carpet. The bank’s inner vault, guarded by a big steel door, was eventually repurposed into a DVD storage facility, for the company’s steadily growing repertoire of movies.

“We didn’t have any furniture, so people brought theirs from home,” he reflects. “We even had beach chairs and employees were sitting at folding tables. I remember once my wife came in and looked in the conference room and said, ‘Are those our dining room chairs?’ So, you did what you had to do.”

In the late 1990s, Netflix was very much the plucky underdog. Now, of course, the streaming company is the undisputed star, producing its own critically-acclaimed content for billions of dollars, while its then-main rival, succumbing to the unstoppable march of technology, was forced to file for bankruptcy in 2010.

At that time, however, Blockbuster seemingly had a store on every corner and its grip on the market appeared to be impermeable.

It was just a few years after commencing business when Randolph and Hastings realised the growth of their company was costing more money than they had. The business partners then came to the conclusion that their only option was to fly out to try and sell shares to their bigger bricks-and-mortar rival for $50m.

Randolph vividly recalls this critical moment, sitting in a conference room in Dallas and pitching Blockbuster on Netflix’s vision of a grand union between the two companies.

“It made so much sense to us,” he recalls. “Then when they said no, I distinctly remember all of us on the plane flying home and recalibrating because, in many ways, we thought that this was going to be the single bold stroke that saved us, that we’d be able to ride off into the future having successfully found a partner.

“Then when we didn’t, we realised the only way out was through, that we were going to have to solve this problem ourselves. I put it a little more bluntly than that – I remember sitting on the plane and toasting Reed Hastings and our CFO, and saying, ‘Well, boys, I guess we’ll have to kick their asses now.’”

Marc Randolph on stepping down as Netflix CEO

This pivotal fork in the road is one that he has had a chance to reflect upon in greater detail recently, while piecing the story together for his new book, That Will Never Work.

Released in September, the memoir explores the birth of Netflix, telling the untold story of the company’s early years and giving greater insight into the different paths that Netflix could have taken, all of the times it could have gone out of business and all the false starts and near-misses. Its name is inspired by the words of his wife who, at the time, said Netflix would never succeed. Were there times when he had his own doubts?

“Of course, it’s the nature of an early-stage company, and even more so now you have to bet really early,” he says. “Jeff Bezos said if you wait until you have enough information until you can confidently make a decision, you’re too late.

“You had to make those bets on proving things and count on them breaking for you. I’m the first to say that Netflix’s success is based on us being very lucky. But at the same time, part of luck is preparation for if it happens to go your way and preparation for what happens if it doesn’t go your way. So, you minimise the downsides and maximise the upsides when it does break for you.”

Luck hasn’t always been on Randolph’s side, though. After a year of leading the company, there was an ominous knock on his office door, and Hastings poked his head through.

At that time, despite being its biggest investor and chair, his business partner wasn’t directly involved in the day-to-day running of the company. Beginning his pitch with the unpromising words, “We need to talk”, Hastings then expressed concerns with Randolph’s overall judgement and leadership.

“His feeling was that if there’s smoke of this size, there’s going to be fire later, and we have to execute flawlessly if we’re going to make it. At first, I didn’t know where this was going; was he going to fire me? Was he organising a coup? What was going on?” he recalls.

“Eventually what I pieced together was he was proposing that we run the company together, that he’d come in full-time, and he’d be CEO and I’d be president. The reason this was so tough was that I’d had this dream of running a successful company.

“What this made me realise was that there were actually two different dreams, and that one of the dreams, which was the running the successful company part, wasn’t my dream alone any more.”

After discussing Hasting’s plan over a late-night glass of wine with his wife, Randolph eventually came to the difficult conclusion that if he wanted the business to be prosperous, then he had to do everything that he possibly could do to make it successful, even if that meant no longer being the CEO.

Despite being initially disappointed, Randolph now recognises this as a renaissance moment at Netflix, where so many of the big innovations that helped the company survive and thrive for the first six or seven years came from.

“Certainly it was a painful thing to be able to say ‘I’m going to take this different role’, but, on the other hand, when I look back on what has happened, it has to be the smartest decision I made at Netflix,” says Randolph. “Certainly looking at how well we did running it together over those years and, more importantly, what Reed has done with the company since I’ve left is absolutely mind-blowing.”

There was another road left untaken that Randolph describes in depth in the book. The moment when Amazon CEO Jeff Bezos – who would, of course, one day become the world’s richest man – asked to meet the Netflix founders to discuss buying the business. For the e-commerce pioneer to take a keen interest in an idea that everyone had once said would never work was, Randolph admits, extremely flattering.

“We had to look each other in the eye and say, ‘If we want to get out, then now’s our chance,’ and we could have perhaps received a $15m offer, which, for less than a year’s work, was pretty good, but I think both of us decided it was exactly the wrong time. We had a website, we had deals with the DVD manufacturers, we had customers coming in – we were just on the verge of starting and so we didn’t want to walk away from that. So, ultimately, we clasped our hands and said, ‘Once more unto the breach.’”

And the rest, as they say, is history. Amazon became the most valuable retailer in the world, Netflix went on to become the world’s biggest streaming website and Randolph eventually left and formed a number of successful start-ups.

Netflix now accounts for almost 15% of international bandwidth, with users streaming around 165 million hours of material every day. It still sends DVDs in the post, too, with a million sent out to homes around the globe every week.

And for the man that was there at the very beginning, when the company was just a Patsy Klein CD sent through the mail, Randolph is now able to look back with a unique perspective of what has been achieved.

“I think that people think that these sort of things happen automatically, and I want to explain to people what a crazy trip it actually was,” he explains. “So when I do reflect on the experience it’s really with a sense of awe, pride and amazement. It was an incredible journey.”