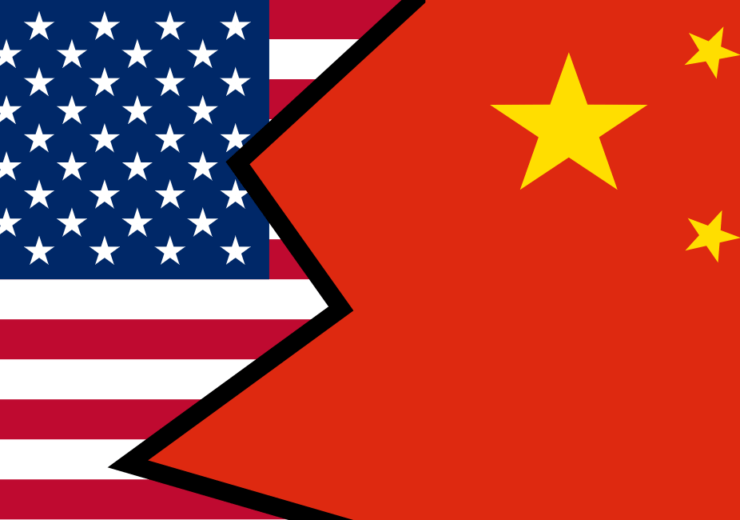 The trade war between the United States and China will soon be resolved because of the level of debt the Far East superpower is relying on, according to one of the most influential men in Wall Street. Madhu Namburi, head of JP Morgan Chase’s technology investment banking team, claimed China’s ratio of public and private debt-to-GDP is 350%, compared to about 130% in the US.

He believes this could have big repercussions for Beijing if its long-drawn negotiations with Donald Trump over a trade deal don’t come to a resolution.

The US President has imposed high tariffs on Chinese imports – which have been largely reciprocated – after claiming the Asian nation was stealing American intellectual property for its innovations.

In a wide-ranging discussion at the IPsoft Digital Workforce Summit in New York City yesterday (8 May) that also covered AI investments and the power of software companies, Mr Namburi said: “My view is the Trump negotiations will get settled one way or another but I also believe he’s fighting for the right thing because IP protection has been a big problem for a long time and is the single most important thing that matters.

“So actually the countries globally are reliant on debt. The reason that’s important is because if Trump does raise the tariffs in the China negotiations, the global GDP goes down roughly 0.5% to 0.8%.

“That 30% growth will shrink and if it does, with China running at 350% debt, it has to service the debt and that has big implications.

“So sooner or later it will get sorted and will actually strengthen the core of what the US is about in terms of IP protection and net exports.”

Madhu Namburi on China as a rival superpower to the US

Despite its vulnerability in the ongoing trade war, the increasing threat of China to the US as the world’s dominant superpower can be highlighted in a few key financial figures.

During the same period, the proportion of the country’s firms within the Global Fortune 500 has risen from 16% to 24%.

Meanwhile, the finance boss said China is responsible for 30% of the world’s GDP growth, compared to only between 10% and 12% that can be attributed to the US.

In particular, he believes China is “miles ahead” of the US when it comes to AI, with its government making heavy investments in a bid to be a world leader in the technology by 2030.

“China can put an army of people on AI to figure it out,” said Mr Namburi.

“The power of AI is when you have access to data to analyse and China has an unbelievable amount of data.

“It also doesn’t have the burden of three to four decades of archaic infrastructure.

“China has an advantage and US companies should seriously keep a close eye and deploy faster.”

Madhu Namburi on the state of the US economy

Since the global economic crisis in 2008, the US economy has been turned around to grow by 22%.

While there have been concerns over the past year that another recession is approaching, Mr Namburi actually believes it could be set to grow further, citing how the average GDP growth between recessions is 40%.

“People thought there might be a recession in December and then again later this year.

He added that he believed the US has one of the “strongest and most resilient” economies in the world.

With US ride-sharing platform Lyft recently going public – and fellow sharing economy companies Uber and Airbnb widely expected to join it on the stock market soon – 2019 is shaping up to be a big year for initial public offerings (IPOs), believes Mr Namburi.

JP Morgan predicts more than 200 US companies will file for an IPO this year, creating at least 100 unicorns.

Most of the businesses expected to float are tech companies, which Mr Namburi believes are outpacing all other industries.

“In the past 20 years, I can never remember such a big time for tech,” he said. “This isn’t a dot-com bubble, these are companies using software to make real changes.”

The rate of IPO growth among software companies has been almost ten-times that of internet firms – a category that includes the likes of Lyft and Pinterest – at 1,037% compared to 106% in recent years.

“So is the internet but it’s a fundamentally different transition.”

Since 2017, American artificial intelligence companies have raised $52bn (£40bn). In comparison, those involved in the Internet of Things and robotics each received $11bn (£8.4bn) investment, and $8bn (£6.1bn) was invested in businesses within the augmented and virtual reality space.

Discussing what makes companies “special” in the eyes of venture capitalists, Mr Namburi said: “At the end of the day, investors fundamentally look at the products.

“What’s the secret sauce? What’s the core technology? Most of those guys will call around people they know to find out about it and ask just how good it is.

“Everyone loves big markets and they like companies that can keep growing. Investors want to find the next Google.

“What makes Amazon special? Its execution track record, the culture, and ability to innovate and deliver flawless execution – investors care for that.

“You’ll never find a company with a really high valuation unless it has really strong technology at the core.”

One of the big concerns, however, is the impact automation will have on human jobs, with a McKinsey report finding that 50% of jobs around the world are already automatable.

But Mr Namburi believes it will create a whole new range of jobs and drive a $1tn (£768bn) ecosystem – although he conceded that education needs to keep up with the pace of change in order to limit its disruption on the labour market.

Although he rejects the notion that we are living in a “tech bubble” as he sees innovations in everything from transportation to healthcare driving real change, there is one technology he doesn’t see much of a future for – blockchain.

That’s despite JP Morgan setting up its own cryptocurrency – which runs on the distributed ledger technology – called JPM Coin earlier this year, a move that was actually a U-turn of sorts from when CEO Jamie Dimon slammed bitcoin as a “fraud” in the past.

But Mr Namburi said the bank, which reportedly moves $6tn (£4.6tn) around the world every day for corporations in its wholesale payments business, never has any issues with losing money during transactions.

“If you look at the use cases of blockchain, they are trying to solve problems that don’t exist,” he added.

“When you try to ‘solve’ something because it’s cool but it doesn’t really solve a problem, that’s when adoptions have an issue.

“Banks talk to each other by email – that’s a problem because it can take two weeks to work out what’s happened.

“So if someone comes up with a solution, it will get adopted.

“Uber is a classic example – people were getting sick of waiting for cabs and it came up with a solution.”