Inside London Silver Vaults – the world’s largest collection of silver 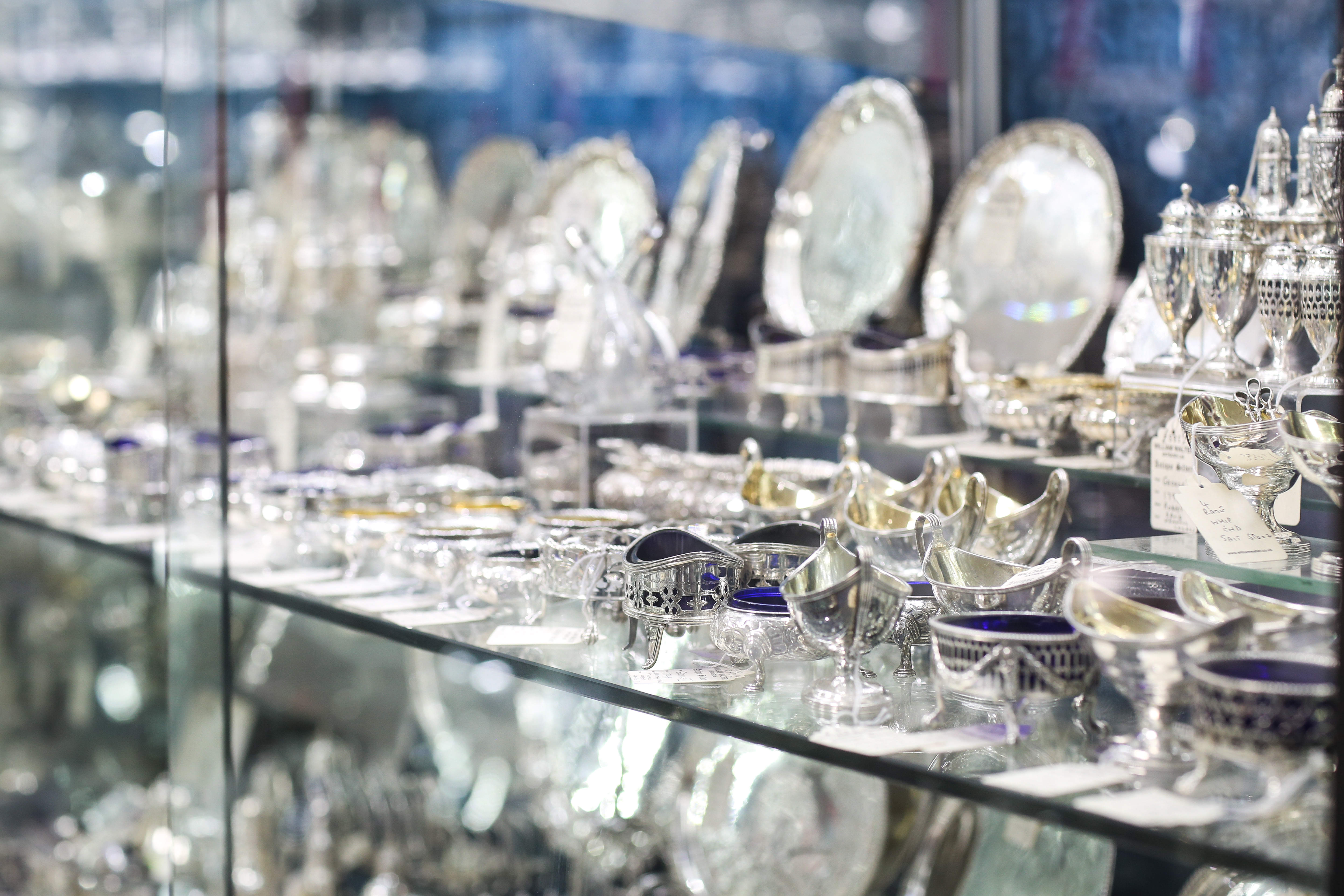 Not many people will have noticed it, but the London Silver Vaults is home to the largest retail collection of fine antique silver in the world

Tucked away behind a rather inconspicuous door in Chancery Lane, between the City and West End, is the London Silver Vaults.

It’s a door that many will have walked past millions of times without knowing what wonders lie on the other side.

This entrance down to the vaults is the portal to the largest retail selection of fine antique and contemporary silver the world has to offer – treasures many of us could only dream about.

Its heavy, vaulted doors originally opened way back in 1876 as a successful safe deposit area for London’s elite.

However, during World War Two, the vaults were then used as a secure storage location for silver dealers. Since then, the silver trade has blossomed inside its secure doors.

The London Silver Vaults opened in its current form as a specialist shopping destination in 1953.

A lot of these original retailers still call the vaults home today more than 50 years later.

The family-run vaults have been handed down through two and sometimes three generations of silver dealers, meaning the knowledge and expertise that can be found inside is unlikely to be found anywhere else.

A look inside the vaults

This underground warren of dazzling displays of silver is a lot more eclectic and varied than the unititiated may expect.

As the widest variety of silver in the world, the vaults has become more than a retail development – now more like a gallery or museum showcasing some of the best sparkling metalwork and exquisite craftsmanship.

From huge thrones suitable for royalty, decorative silverware as featured on Downton Abbey or a giant silver cuttlefish, there is something for everyone’s tastes.

Silver wedding anniversary gifts aside, there are treasures to be found for all occasions, from tableware, figurines and jewellery to trophies and specialist collector’s items.

It is home to more than 30 specialist shops all bursting at the seams with beautifully-crafted silverware dating from as far back as the 1600s all the way up to the present day.

The range of prices varies from around £10 up to items well over £100,000 so there is something that will catch every magpie’s eye.