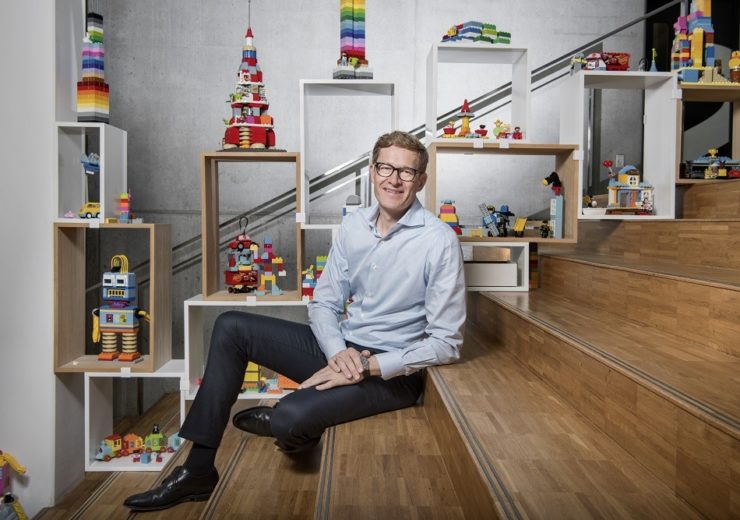 LEGO is the world’s biggest toy company, and in 2017 it was voted the organisation with the best corporate social responsibility (CSR) credentials globally. Stephen Hall speaks to LEGO CEO Niels B Christiansen about his vision for the business and how he plans to teach children the significance of sustainability, piece by piece.

Like many children growing up in Denmark, Niels B Christiansen loved to play with LEGO’s trademark bricks. He has now been CEO of the iconic toy company for more than a year, and, like a lot of enthusiasts who assembled complex plastic constructions in childhood, he continues to build elaborate structures well into maturity.

“It’s nearly part of our DNA in Denmark,” he enthuses. “I still love to build.”

His latest project is a large LEGO model of a Bugatti car. As Christiansen wrestles with that intricate task, he is also faced with a substantially more complicated challenge; maintaining the status of the world’s most popular toy company, and inspiring a fresh generation of builders and engineers in an era of unprecedented digital distraction.

The company has enjoyed remarkable growth over the last 14 years, following a dalliance with near-bankruptcy in 2004. The brand’s emergence from that dark period has been assisted by the immense popularity of The LEGO Movie in 2014, starring Morgan Freeman and Chris Pratt.

Collaborations with well-known film franchises, including Indiana Jones and Star Wars, have also aided the brand’s cause. Meanwhile, international constructions of numerous grandiose theme parks in Dubai, Japan, Florida and Malaysia have helped cement LEGO’s popularity in the collective consciousness of a new breed of consumer.

This progress has slowed somewhat over the last year, however, as children are increasingly tempted by the instant dopamine hit offered by smartphones and videogames.

The CEO must now help his company to persuade children to embark on the protracted, leisurely process of creating ornate 20,000-piece models of castles and large pirate ships. This objective will be informed by the many hours he spent playing with the iconic bricks during his own formative years.

It will also be influenced by an impressive career trajectory that has seen him take up senior positions at Bang & Olufsen, Danfoss and McKinsey. But, after commencing his biggest role to date in October 2018, at a business where expectations are gargantuan, how would Christiansen describe the experience of his initial period in charge?

“The first year has been filled with exciting tasks, and I don’t think it could or should have been otherwise,” he reflects. “It is a global company and organisation, and I have spent time getting to understand the business and continue the work of getting back on the growth track. Well, come to think of it, I would have loved to have more time to play, but I think that is advice that can be given to anyone, no matter where they are in their lives.”

In this area, Christiansen can be motivated by the children who form the majority of his company’s customer base. LEGO takes its name from the Danish leg godt, which means play well, and it’s the philosophy of teaching through play that has inspired LEGO’s commitment to combat climate change for many years.

The far-reaching international influence of the business can’t be underestimated; named toy of the century by Fortune and the Association of British Toy Dealers, the brand takes its credentials as a role model to children extremely seriously.

Last year, the company’s target to power its processes via 100% renewable energy was achieved three years ahead of schedule. This goal was aided by a colossal 6 billion Danish Krone ($9.7 billion) investment in two offshore wind farms; a 258MW site located in the Irish Sea, and another large location in Borkum, Germany.

After helping to build these impressive structures, the corporation toasted the accomplishment by constructing the world’s biggest LEGO brick wind turbine, formed from 146,251 bricks.

Meanwhile, in response to an era of accentuated public disillusion over the use of plastics, the multinational giant has introduced sustainable bricks made from plant-based sugar cane. The corporation’s botanical tree, leaf and bush-shaped pieces use polyethylene rather than oil-based materials.

These environmentally friendly elements have all been concocted in the company’s high-tech $155-million Sustainable Materials Centre, which is staffed by 100 of its employees.

Furthermore, the corporation plans to transition to 100% ecological packaging by 2025.

“At the LEGO Group, we are committed to making a positive impact on the world our children will inherit,” Christiansen states. “We admire children’s intuitive approach towards play and learning, and we in turn want to inspire them to take care of their society and environment.

“We believe our biggest contribution to society is to inspire children and help them realise their full potential. In our work, we strive to safeguard the natural resources that they will inherit and minimise our environmental impact.

“To achieve this, we work to reduce carbon emissions in our operations and supply chain, invest in renewable energy and sustainable materials, work to reduce and recycle waste, and inspire children to imagine sustainable solutions to important environmental challenges.”

The LEGO Group also embarked on a partnership with the World Wildlife Fund (WWF) in 2013 and was named as a Climate Savers Partner by the charity. Via this collaborative programme, the WWF encourages its allies in the business realm to transform into low-emission leaders, acting as agents of change within their sphere of influence. After successfully achieving the aim of becoming carbon positive by the end of 2016, the corporation renewed its partnership with the WWF in 2017.

While the brand’s manifold climate-friendly initiatives are certainly impressive, Christiansen doesn’t want the corporation to rest on its laurels under his stewardship.

“Towards 2020, we want to increase the carbon efficiency per LEGO brick produced by 10%, continue to offset 100% of our energy consumption with renewable energy sources, and also engage with our key suppliers to reduce carbon emissions across the entire value chain,” he says. “I am proud of the achievements we are making and collaborating with experts such as the WWF also drives our work within this area forward.”

LEGO’s CSR credentials have been developing for some time. In 2003, the brand became the first toy company to join the United Nations Global Compact – the world’s largest CSR initiative. Panning forward to 2017, and the business was acclaimed as the world’s most reputable firm by ‘Global CSR Reptrak 100’, ahead of Microsoft, Google and the Walt Disney Company.

LEGO signed a deal with UNICEF in 2015 to uphold children’s rights – and to lobby other businesses to take action – including eliminating child labour and protecting youngsters online. Elsewhere, the LEGO Foundation announced a $100-million grant in October to promote play-based learning for children affected by crises in Rohingya and Syria.

“As a provider of play experiences, we must ensure that our behaviour and actions are responsible towards all children, and towards our stakeholders, society and the environment,” Christiansen says. “We are committed to continue earning the trust our stakeholders and customers place in us, and we are always inspired by children to be the best we can be.”

This attitude expands upon founder Ole Kirk Kristiansen’s original working philosophy. The carpenter ran his business by the motto, “only the best is good enough”, and it’s a slogan that has helped the corporation grow from humble beginnings as a stalling wooden figurine company to the global behemoth it is today.

The range of products in LEGO’s catalogue is staggering. Mathematician Soren Eilers worked out that there are 915 million different ways to combine six two-by-four studded LEGO bricks and 19 billion LEGO parts are produced every year.

“What has amazed me in a very positive way is experiencing first-hand the impact the LEGO brick and what we do can have on the lives of children all over the world,” Christiansen says. “Being approached by complete strangers who share their love and passion for the brand has been brilliant. It is both motivating for me in my job to bring play to many more children – but also keeps me humble and aware of the responsibility we have towards children.”

And with such a weight of responsibility upon his shoulders, what qualities does Christiansen believe are required within the upper echelons of senior management at the world’s biggest toy corporation?

“To be visionary, know how to articulate it, have the people skills to get organisations and employees on-board, and then not least, succeed in turning those visions into actions and make things happen. Without that last step the rest is not worth as much,” he says.

The CEO’s vision is concurrent with the evolving nature of the toy industry. His strategy involves working with digital disruption, rather than against it. In this area the brand has been experimenting for some time.

Long before the dawn of industry 4.0, over 20 years ago, the brand launched LEGO Mindstorms, a pioneering technology that enabled fans to programme their own robots.

Meanwhile, LEGO console and computer games are popular with the brand’s youthful fan base. Other items in the company’s armoury include LEGO Boost, which enables children to build and code their own creations on smart devices. Elsewhere, several additional digital models have been instigated under Christiansen’s leadership. 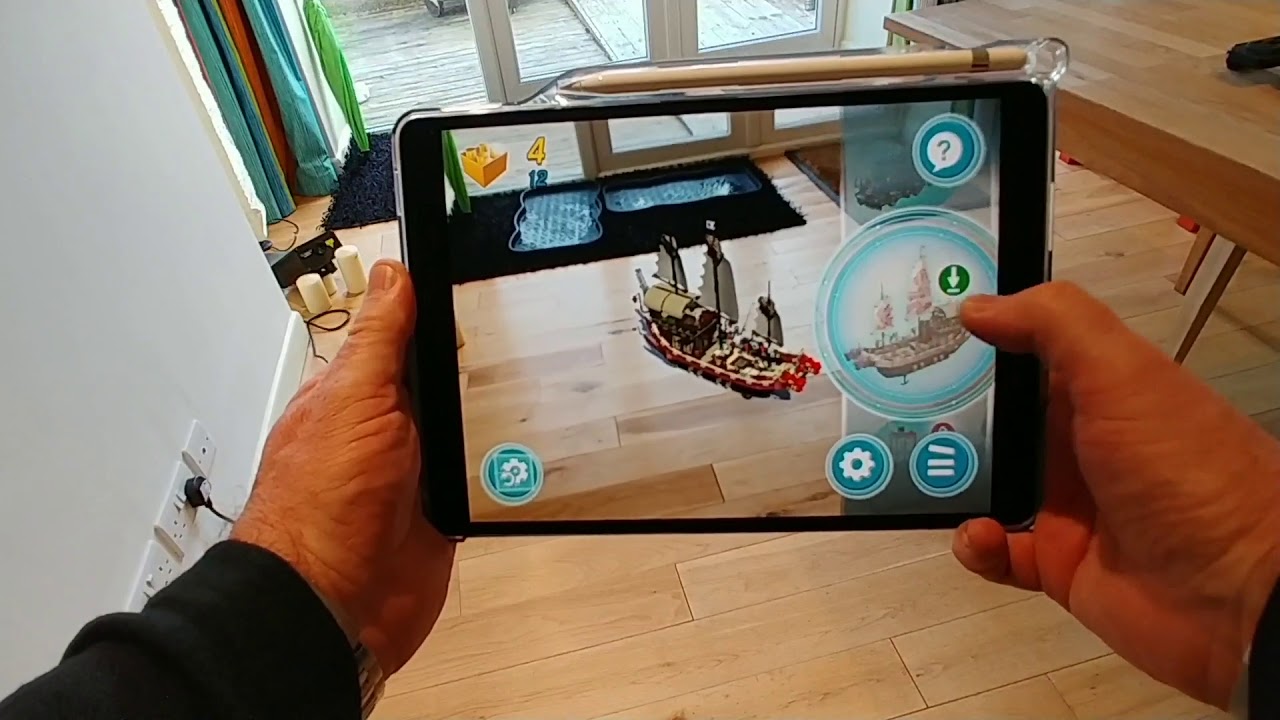 “LEGO Duplo trains launched this year enable very young children to ‘code’ a train with the use of coloured elements – and remote control it via an app,” he reveals. “Another way is to add a physical layer on top of the physical building experience.

“LEGO AR Studio is an app that does just that. It enables children to use augmented reality while playing with actual LEGO sets – adding another digital layer on top of the physical models. In future we will continue to explore how we can bridge physical and digital play.”

As Christiansen plans for the forthcoming influx of fresh digital disruption, the CEO will continue to commit resources to the brand’s sustainability and CSR objectives. Experts predict that global temperatures could be set to rise by a devastating two degrees in the coming decades, and, in these uncertain times, decisive leadership from influential CEOs will be required.

Persuasive companies could therefore do well to follow LEGO’s lead and commit resources to the fight against global warming. This urgent action will be necessary in order to avert catastrophe, and build the world of tomorrow – brick by brick.

This article originally appeared in the 2018 edition of CEO Journal. The full issue can be viewed here.