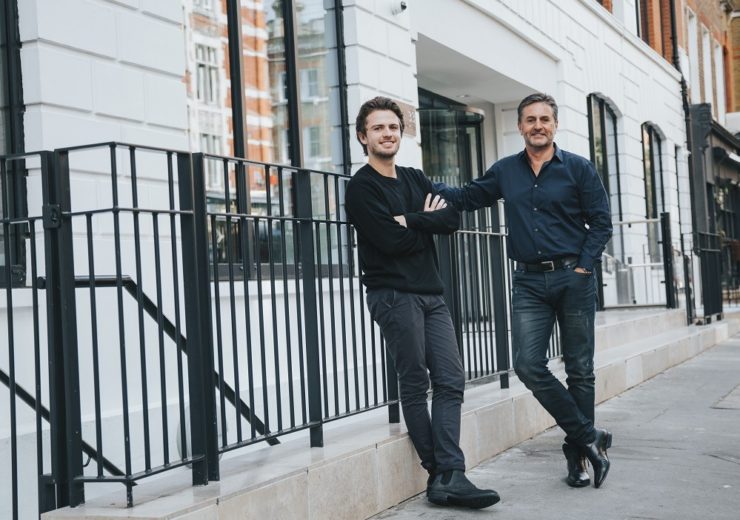 The 57-year-old, who co-founded the business with his son Alex two years ago, has forged relationships with retailers including shoe shop Footasylum, eyewear brand Bailey Nelson, activewear brand Gymversus and Voi Jeans.

When customers of those companies buy a product in-store or online, they can choose to take it home without paying on the day – instead spreading the cost over the next six weeks with zero interest.

Merchants, meanwhile, receive the full payment immediately and have access to a new digital tool for attracting customers.

After expanding into Australia and the UK – with plans to launch across the rest of Europe and in the US soon – Laybuy has grown its team rapidly and now has more than 30 staff.

How does Laybuy work?

Internally, we like to think Laybuy responsibly enables the desirable to become affordable.

We offer customers the option to receive their purchase immediately, having bought it either online or in-store, while spreading the cost of the purchase over six weeks.

Shoppers can pay the first instalment at the point of sale and then can choose the day of the week they want the subsequent five payments to leave their account over the next five weeks.

It’s free to sign up and is totally interest-free.

Throughout the design process for the platform, we have always kept retailers front of mind.

For instance, not only do we absorb all credit risk on any transaction, which totally safeguards our partners, but we also handle all foreign exchange fees on a retailer’s behalf due to our multinational capabilities.

In a nutshell, our service is a win-win for retailers and consumers, without lumping financial pressure on either party.

What were you doing beforehand and where did the idea for the business come from?

I spent the first 20 years of my career in the banking industry, before switching to retail, where I held a number of CEO roles at some of New Zealand’s most iconic retailers.

The initial idea behind Laybuy originated in the early 2000s when I was running a company called EziBuy – Australasia’s largest catalogue business.

At that time, we were looking for a way to improve our average order value as we noticed that whatever we tried to do, our customers’ discretionary income was finite, and we couldn’t increase our basket size.

However, our directors weren’t too keen on the buy now, pay later service due to the risks associated with it.

The main reason was that we couldn’t carry out a digital credit check the way we can today.

I kept the idea at the back of my mind, and, in 2017, I felt the time was finally right to launch Laybuy.

My son Alex played a big part in convincing me to leave the corporate world after 35 years and go into business with him.

He convinced me of the need and desire for greater shopping flexibility, especially among his generation.

How has Laybuy’s journey unfolded since then?

The Laybuy journey started in 2017 and, since then, we have become New Zealand’s largest buy now, pay later service.

Scaling in New Zealand was reasonably straightforward for us given the population size of just 4.7 million.

We later expanded in Australia – a market that is also relatively familiar with buy now, pay later.

In October 2018, we soft launched in the UK. Gaining traction in this new market was a major challenge for us as buy now, pay later is not as ubiquitous here as it is in Australasia.

A large amount of our focus has therefore been dedicated to educating the market on the buy now, pay later model, led by the success we’re experiencing Down Under.

There is an untapped opportunity here for merchants to boost their sales, increase their customers’ basket size and open up access to new customers with our service.

Incrementally, UK retailers are becoming more and more aware of this.

It was tough to convince banks to fund us in the early days as they really struggled to understand our product.

We also had to reconfigure our original projections as we had an exponential growth rate in the first few months, which completely upset our original forecasts.

Overcoming these challenges was particularly difficult because we were creating a business model that was previously unseen in New Zealand.

Securing the kind of funding we needed to be comfortable with our growth trajectory took about seven months.

And, like a lot of other small, family-owned businesses, we had to put our personal assets on the line to convince the banks to get on board.

How much has your team grown?

The size of our team has grown by more than 800% in our first two years and we continue to evolve into a truly global business.

Today we have offices in Auckland, Sydney and London.

By this time next year, we will have expanded further into mainland Europe and the US.

Where do you operate and what are your future plans in this regard?

At the moment, we’re operating across New Zealand, Australia and the UK.

Expanding into the UK was a massive milestone for us as it was a decisive step closer to realising our vision of creating a global payment platform.

Opening an office in the UK and relocating here was a logical, yet bold move for the business.

Geographically, the UK is perfectly placed to facilitate our future expansion efforts across Europe and the US.

Our business strategy is based on a win-win relationship with our retail partners.

Across our portfolio of merchants, Laybuy has driven an increase in retailers’ average order values by 60%, online and in-store conversion rates have increased by 50% and, finally, retailers in our portfolio have also seen a 30% rise in customer acquisitions.

In exchange, retailers pay us an average 4% in commission on each purchase made using Laybuy.

The fundamental principles behind Laybuy will always remain the same, however we are absolutely committed to tailoring our service specifically to customer needs.

We know we need to be agile and be able to adapt to consumer trends quickly should we need to.

I would say our biggest success has been the pace of growth we’ve been able to maintain since launching in 2017.

Looking back over the last two years and taking a moment to recognise the representation we have in three countries, the talent we’ve been able to attract to our team and the growing strength of our brand, this makes me very proud.

What are the biggest challenges you’ve faced?

When we first launched in New Zealand, our initial plan was to have signed 200 retailers by June 2019.

In fact, we actually hit this target within the first three months, which we didn’t anticipate, and it blew our forecasts out the window.

In many respects, it was a quality problem to have – we just grew so fast that we were running out of runway.

For any fast-paced business, the ability to access capital when you don’t have a longstanding track record is a perennial issue.

We had to make sure we met the liquidity requirements to cope with that growth.

Is there anything you would do differently if given the chance?

Hard to say, but on a personal level, I wish I had been a bit more understanding of the pressures my family were under and the stress they were experiencing as Laybuy grew.

I’m someone who tends to get in the zone, which means I’m not as measured as I perhaps should be.

I’ve learnt that this isn’t always the best way to be when running a business, especially a family-owned business like ours.

What is the health of your industry like at the moment and what are the factors impacting it going forward?

The 2008 financial crisis has left some scars that still can be seen today.

Young people who have lived through it have seemingly become very sceptical about the finance sector in general.

As a result, they manage their personal finances in a completely different way to previous generations. This is something that retailers need to adapt to.

For instance, if a retailer decides to launch its own credit card targeted at shoppers in their 20s, it’s unlikely to result in a positive uptake and could actually drive them away from the brand.

On the contrary, retailers should provide the younger generation of shoppers with alternative ways to pay, while also giving them control and reduce any risk of accumulating huge debt.

This is a great way to engage with millennials and increase their brand loyalty.

What is the one disruption you’re preparing your business for in the future and how are you doing this?

This business is all about innovating and staying on top of your game.

We have surrounded ourselves with outstanding people who all want to win.

Obviously, our development pipeline is confidential, but I can assure you we have many exciting new product features rolling out in the coming months and years as we evolve with the technology around us.

What does the future hold for your company?

2019 is another pivotal year for Laybuy. We’ve already launched in the UK and secured a partnership with Footasylum.

For the upcoming quarters, we intend to focus on growing our retailer base here and we already have lots of good leads in our pipeline.

We are now aiming to expand to other European countries and to ultimately become the go-to buy now, pay later option in these territories.

We also going to invest the same level of energy to continue expanding in Australasia.

The next few months will no doubt be incredibly busy and challenging, but I’m excited for what the future holds.

Have confidence in what you’re doing and believe that you can make a success of your new venture.

However, this is only possible if you’ve done your research and carefully put a clear strategy in place, particularly when expanding into new markets where you haven’t necessarily operated before.

You need to be able to back your business and product 100%. When there’s no safety net, you make it work, you adapt, and you never give up.