Could ‘buy now, pay later’ service save retail? Laybuy thinks so after striking deal with Footasylum

Laybuy enables Footasylum online customers to spread the cost of purchases over six interest-free payments, with the first being made at the point of sale 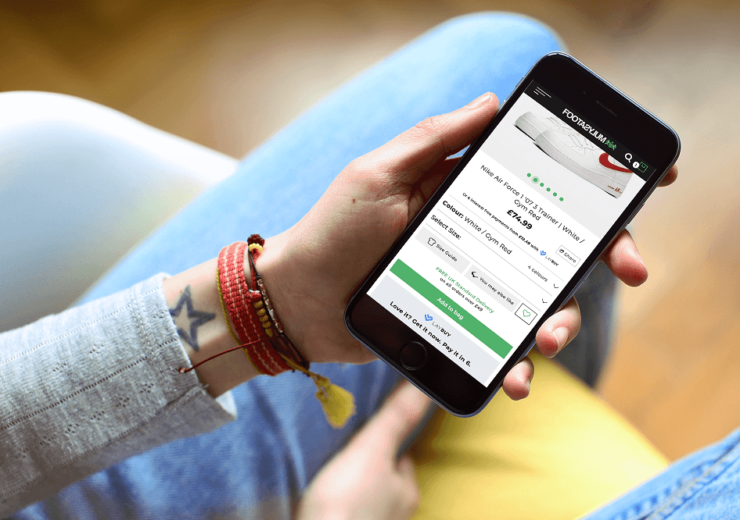 Buy now, pay later could be the future for online shopping – and one of its pioneers has now launched in the UK after Laybuy struck a deal with fashion retailer Footasylum.

As the biggest company in New Zealand offering the service, Laybuy says it has a solution to retailers’ margin-squeezing promotional crisis by allowing consumers to spread the cost of purchases over six interest-free payments – with the first made at the point of sale.

After launching its partnership with the trainers and apparel chain today (11 March), customers will be able to use the buy now, pay later option on the Footasylum online store.

The in-store payment option will be launched at its 70 UK high street shops later this year.

“By providing retailers with a genuine alternative to discounts and promotions, Laybuy can not only help drive sales, but also significantly boost new customer acquisitions.”

“We believe that by providing customers with a means of paying for our products over time as part of their weekly budgeting, this partnership will be a positive step forward for us.

“Laybuy’s track record speaks for itself and we’re delighted to be the first major UK retailer to offer it as a payment option.”

Since launching in New Zealand less than two years ago, 8% of its 375,000 voting population has signed up to the platform.

The company has partnerships with 3,750 online and physical stores.

Although it has signed deals with online and in-store merchants since entering the UK market in October last year, Footasylum is the first major retailer to get on board.

Laybuy says that, on average, partnering retailers have enjoyed an increase in order value of 60%, and increase in online and in-store conversion rates of 50%, and a 30% rise in new customer acquisitions.

The company also claims it can safeguard retail partners by absorbing all credit risk on any transaction, while it also handles all foreign exchange fees on a retailer’s behalf due to its multinational capabilities.

Upon completing an Experian credit check, subject to their score, Footasylum shoppers are allocated a spending limit of between £60 and £720.

Purchases can then be made up to the value of that limit and, should users wish to exceed that, the difference can be paid in cash.

The platform’s standard maximum credit limit and the thorough credit check have been put in place to ensure its responsible use.

Laybuy says it protects shoppers from self-imposed debt by immediately freezing the accounts of customers who fall behind on their payment schedules.

Andy Marshall, managing director of go to market at Experian, said: “We’re committed to helping people access products and services in an affordable way – it’s why we’ve partnered with Laybuy to provide credit checks on its users around the world.

“This payment option will be particularly helpful for people who find it difficult to access mainstream financial services, allowing them to strengthen their credit histories as they make repayments.”