The Kerb parking app enables homeowners to rent out their private spaces to anyone looking to park their car, bike, boat or even helicopter 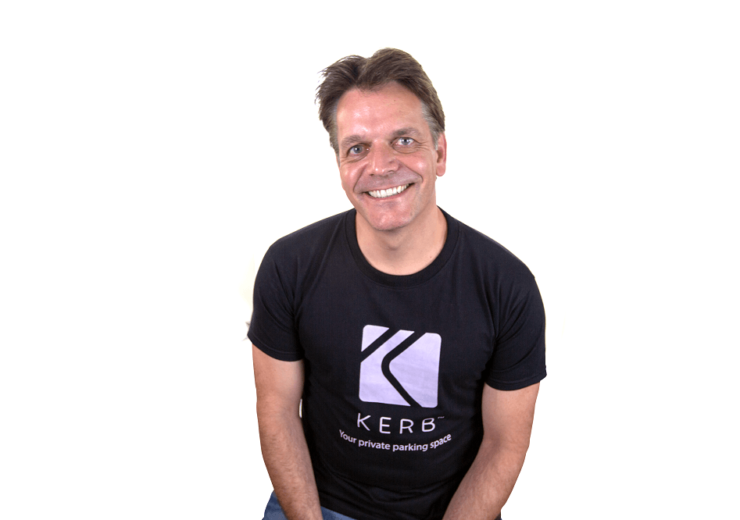 We’ve probably all found ourselves driving around in circles hopelessly looking for a parking space on a busy Saturday afternoon – but it’s a frustration the Kerb app hopes to one day eradicate.

The Australian start-up provides a marketplace for homeowners to rent out their private spaces to anyone looking to park their car, bike, boat or even helicopter.

It’s not the first company to have the idea, with the likes of JustPark and YourParkingSpace among those offering similar services, but Kerb says it has a niche by working with organisations such as hotels, sports venues and universities to fill their empty parking space during quieter times.

The three-year-old company also has a “global from day one” vision within its DNA, which means it is ready to move into new countries whenever an opportunity arises without needing boots on the ground.

It believes this model is more akin to Airbnb and Uber, champions of the sharing economy that are expected to go public this year, than its rivals and has a ten-year strategy to become the number one global platform for parking.

As it embarks on a Series A funding round, we speak to Kerb’s co-founder and managing director Rob Brown – a 50-year-old black belt in karate who speaks three languages, has visited 80 countries and has been in business for 25 years.

What does the Kerb parking app do?

Kerb is a global peer-to-peer and business-to-consumer parking platform.

It removes the friction around finding a parking space in the city, around parking tickets and around paying for parking.

Kerb lets anyone with an empty space – for any type of vehicle – make money when they’re not using their space.

They’re also doing their bit to reduce congestion in their city and, by extension, helping the environment.

At the other end of the spectrum are private car parks.

Many churches, for example, have a car park that sits largely empty for six days a week.

Hotel car parks are mostly empty from 9am to 5pm through the week, which is when commuters need affordable and convenient parking close to where they work. This is the same for shopping malls and lots of other venues.

What were you doing before Kerb?

I was global head of digital marketing for a publicly-listed global education group.

The main goal of the company was recruiting international students for universities across the English-speaking world.

When was the Kerb parking app launched and how has its journey unfolded since then?

There were two staff when we started. We’re at 25 now based across eight countries, and are about to grow the team very quickly.

We now have 100,000 registered users and thousands of listings in 75 cities across 20 countries. This year, we’re planning to launch in another 20 countries.

The number of “days booked” on the Kerb parking app, which is our “North Star” metric, are almost doubling month-on-month at the moment.

We’ve received about $2.7m (£2.1m), which has allowed us to really develop the product to be able to cater to the needs of a big car park – not just in, say, the UK, but also in places such as Saigon, Shanghai or Santiago, where the mix of vehicles is very different from that of Western and Anglo countries.

Our initial business strategy was  to build a ‘global-from-Day-One’ peer-to-peer parking platform (“Airbnb for Parking”). But since we’ve developed the capability around car parks, we’re looking at second “more disruptive” stage of Kerb’s strategy, which involves revolutionising the whole car parking experience.  That’s more of an Uber model.

What’s been your biggest success so far?

There are many stories of small wins and bigger wins – and a few fails!

One of Kerb’s most recent successes was winning Toyota’s inaugural global hackathon in February this year.

What are the biggest challenges you’ve faced in building the company?

There’s been three main challenges for us so far.

Firstly, so many opportunities have come from all corners of the world, but we haven’t had enough people or bandwidth to handle them all.

The second one has been inability – with a team of just 15 software engineers – to build and release new features fast enough.

The tech is complex, and things break when you push them too hard.

The third challenge is for me, as founder, to be continually raising capital – which is a full-time job – but also to be 100% focused on other critical functions such as people, marketing, sales and strategy.

Is there anything you would do differently if given the chance?

Honestly? Absolutely nothing. Kerb is in a great space, with so many opportunities in front of it.

We’ve been lucky in certain areas, but we’ve also made our own luck – such as the choice of a brand name and identity which works globally, and our decision to go “global from day one”.

What is the health of your sector like at the moment and what are the factors impacting it going forward?

It depends on which side of parking you are looking at. Peer-to-peer parking is interesting, but it’s still very new for a lot of people.

Airbnb has obviously done a lot of great work in spreading awareness that individuals could make a lot of extra income from the empty room in their house.

What is the one disruption you’re preparing your business for in the future and how are you doing this?

Commercial car parking is in exactly the same space as the taxi industry was a decade ago.

And then Uber came along and showed the world a far more efficient (and more social) way to get from A-to-B than taxis had provided.

Kerb has a very clear strategy around how it plans to disrupt what is generally a very unpleasant parking experience.

We firmly believe that the future of parking will be a gateless, ticketless, cashless experience.

And we’re innovating our product and technology around that opportunity.

What does the future hold for Kerb?

I believe that the future is very bright for Kerb. We’re in the middle of a significant Series A capital raise, and are about to launch Kerb into another 20 countries.

Most people are totally “over” the current parking experience.

Parking is expensive, dirty, and full of friction. It’s to simplify it. We believe that the future of parking in your city is Kerb.

There’s a lot of great tech being developed in start-up hubs and co-sharing spaces and basements, right across the world.

But a lot of that tech – and a lot of those apps – will sadly never see the light of day because the founders didn’t know how to “go to market” once their product went live.

So they basically wither on the vine and then disappear. And that’s such a shame.

Ideas are cheap. And very few are original. It’s execution that counts. How are you going to take your business idea to market?

So, my advice is this: Always look to start a business with someone understands the complexities – and the opportunities – of marketing.

Because without a strong brand, and without great marketing, most aspiring entrepreneurs won’t go far.