John Schnatter: Rise and fall of Papa John’s founder as he steps down for racist slur

John Schnatter was the face of Papa John's and appeared in much of the pizza chain's promotional material - but now the company's founder has been forced to step down as chairman for using the N-word in a conference call, just a year after resigning as CEO 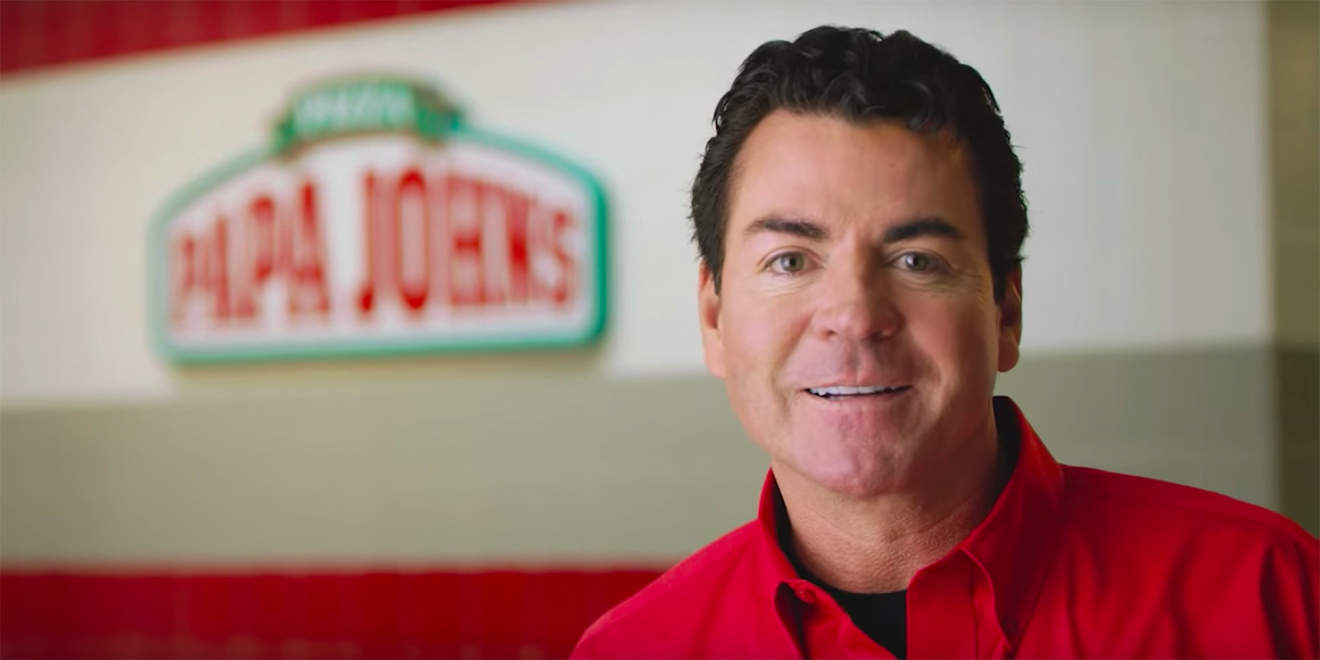 The founder of the Papa John’s pizza restaurant franchise John Schnatter resigned as chairman of the board yesterday, after he admitted to using the N-word during a conference call.

The 56-year-old Trump donor offended people by using the racist slur during a public relations exercise with staff from the Laundry Service marketing firm.

Forbes revealed that Schnatter mentioned how KFC founder Colonel Sanders called people of colour “n*****s” – and complained he was not for it – when asked how he would distance himself from racist groups.

In a statement sent to Forbes, Schnatter said: “News reports attributing the use of inappropriate and hurtful language to me during a media training session regarding race are true.

“Regardless of the context, I apologise. Simply stated, racism has no place in our society.”

Schnatter also reportedly spoke of people of colour being dragged to death from the back of trucks in his home state of Indiana.

The news of his comments initially knocked the stock price of Papa John’s – listed as PZZA on the stock market – and took millions off his estimated net worth.

Schnatter has long been the image of the Papa John’s brand – appearing in advertising and marketing materials – and still controls more than a quarter of its shares.

The pizza franchise will looking to replace him in the “coming weeks” while Olivia Kirtley takes up the role of acting lead independent director, according to the Papa John’s statement on his departure from the company.

Compelo looks at how Schnatter went from the boardroom to the backroom of the franchise he started.

John Schatter started by selling pizza out of a broom cupboard

John Schnatter began shifting pizzas out of broom club in his father’s pub shortly after finishing a business course at Ball State University in the city of Muncie, Indiana.

Had had previous experience making and delivering pizzas from a job he held while studying at Ball State.

Schnatter moved on from the tavern in Jeffersonville, Indiana, by 1984 – when he founded the first Papa John’s restaurant in the same town.

It was these figures that pushed Schnatter to think about turn his small town pizza place into an international franchise.

John Schatter: ‘I am the American Dream’

Since its transformation into a franchise, Papa John’s has boomed into a company that has more than 5,000 restaurants – a mixture of franchisees and company-run establishments – with a market cap of $1.7bn (£1.3bn) and a share price value over $50 (£38) at the time of writing.

“We literally went from nothing to literally having a lot of blessings in a short period of time,” he told the broadcaster.

The restaurant brand claims to be the first pizza franchise to set up an online ordering system for the whole of the US in 2001.

Pizza Hut and Domino’s Pizza are the only national competitors larger than Papa John’s – which accounted for roughly 10% of the specialist market in 2017, according to Forbes.

Never one to shy away from recognising his own success, Schnatter said in 2014: “I am the American Dream.”

John Schnatter in the firing line

The downfall of Schnatter was orchestrated by a series of public relations faux pas of his own making.

Two months before he stepped down from the Papa John’s chief executive role, Schnatter complained that American football players kneeling during the national anthem in protest against police brutality in the United States had impacted on pizza sales.

The franchise was once one of the chief sponsors and advertisers of the NFL – the most watched sport in the US – but is no longer an official partner of the organisation.

Before Schnatter used the N-word during a conference call in May, he had been allowed to remain as chairman of the company’s board of directors.

Since the incident, Major League Baseball (MLB) has suspended its “Papa Slam” promotion in partnership with Papa John’s.

The deal meant baseball fans could get 40% off a Papa John’s order the day after a game involving a grand slam – or a “Papa Slam” – through a coupon system.