The fourth industrial revolution is creating a new autonomised workforce. As jobs in certain sectors move towards automation, areas in the North of England and the Midlands could be most at risk of unemployment and job losses, according to a new report by the Centre for Social Justice 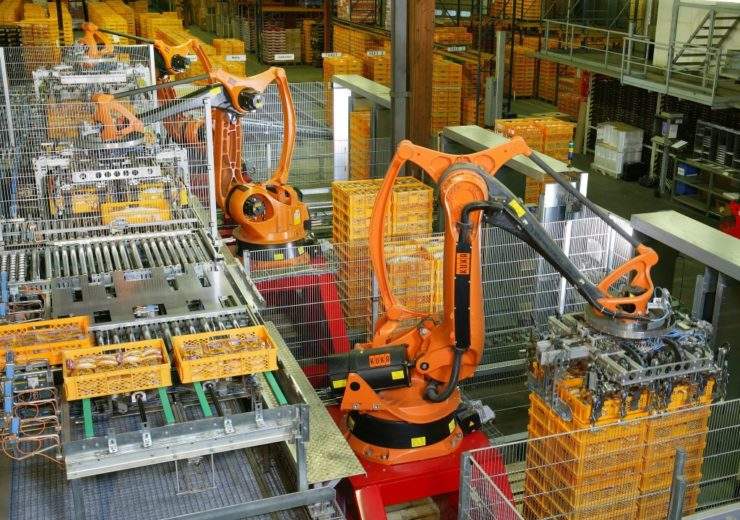 The ONS claims that 1.5 million jobs could be at risk from automation

With the rise of robot waiters and autonomous taxis, the fourth industrial revolution is already underway and transforming the world of work – but automation also brings the fear of job losses.

While those working in industries like manufacturing, logistics and retail are on red alert over how they could be impacted, the lack of further details has prompted a new study to shed more light on the issue.

The UK’s Centre for Social Justice (CSJ) think tank, in a report titled The Future of Work: Regional Revolution, concluded that wholesale and retail jobs were most at risk from Industry 4.0, with 2.25 million jobs likely to be replaced by automated processes.

Manufacturing, administrative services and transportation are the next highest risk sectors with 1.22 million, 1.09 million and 950,000 jobs at risk respectively.

How UK will become more fragmented due to fourth industrial revolution

This could lead to a widening of the North-South divide – with greater proportions of roles in the North and Midlands at risk.

While this may be no great surprise, the CSJ also says the gap between London and major cities such as Birmingham, Manchester, Leeds and Bristol will become greater – as will the divide between those cities and “left behind towns and cities” that have struggled in the post-industrial era.

The organisation states: “There are signs that things are changing – some cities and towns in the North are beginning to reverse this economic tide.

“Manchester is challenging London by becoming a major commercial hub with a thriving tech and digital marketing scene.

“The Tees Valley has begun the process of repurposing the old SSI steelworks in Redcar, turning it in to an advanced manufacturing and energy cluster. However, more can be done and must be done.

“However, this cannot be done if we continue to tolerate such a geographically imbalanced economy.

“This paper provides a policy blueprint for central and local government to boost
job growth across the UK and increase economic opportunity for people in left-behind
parts of the country.”

Cities and towns most at risk from the fourth industrial revolution

The top ten cities most at risk from automation are located in the North and Midlands and up to a third of jobs are predicted to be at risk by 2030.

Employment in sectors such as manufacturing, transport, retail and administration is particularly high in these areas, making them the most vulnerable.

The report states that 29.4% of current jobs in Mansfield could be lost and 29.2% in Sunderland and Wakefield. Stoke and Doncaster complete the top five cities and towns whose share of current jobs will be worst hit by automation by 2030.

The report does acknowledge that the UK’s biggest cities will have a higher number of jobs affected, with about 908,000 jobs in London disrupted, but the net job loss caused by the fourth industrial revolution will be lower in these areas because of their diverse economies.

The report says: “This disruption is likely to occur in industries that are high-growth and high-value, and we can expect that new jobs will be created in place of old ones lost.”

It predicts that, as with previous industrial revolutions, Industry 4.0 will create job losses and unemployment in certain sectors.

Policy changes and solutions resulting from the fourth industrial revolution

The CSJ recommend 21 policies it believes should be followed to deliver a more balanced UK economy, which would create a higher volume and quantity of jobs across the country.

One of its proposals is for £1.4bn (or £500 per resident) of investment in enterprise zones across the worst affected cities.

Enterprise zones offer tax breaks and financial support for companies looking to set up in a designated area.

The CSJ claims similar policies are proven to have a positive effect on employment figures, wages and local business success.

It also calls for a universal transport card – similar to London’s Oyster Card – that would allow people to access all forms of public transport across the UK.

Other recommendations tackle social problems such as healthcare support for people out of work and a “second chance programme” for drug addicts and criminals.