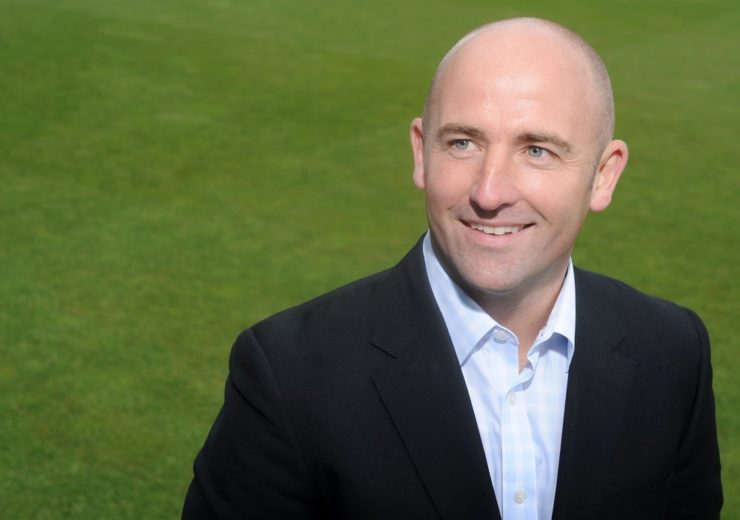 From 2001 to 2007, Jeremy Snape was a limited-over international for the England cricket team. Since retirement, the 46-year-old has become a sports psychologist and now runs Sporting Edge, a high performance consultancy that unlocks the “winning mindset in business”. In an exclusive feature for Compelo, he spells out some lessons for business leaders during times of uncertainty

Business leaders are under more pressure than ever before to deliver results in the face of unprecedented uncertainty and change.

With more unpredictable times ahead, now is not the time to use Brexit as an excuse to dither, but instead focus on showing courage, clarity, action and most importantly, leadership.

To help withstand the onslaught of pressure radiating from Brexit uncertainty, an effective leader should look out to see what lessons they can learn from other industries faced with similar challenges.

The military, elite sport and even performing arts operate in environments of intense pressure, constant uncertainty and – in the case of the military – life or death decisions.

You might argue that in professional sport, international football and rugby teams operate in environments where some people think the outcome is even more important.

The pressure on the pitch can be powerful enough to unnerve even the most experienced players. Mental preparation is key to success.

I learned this from personal experience.

What Jeremy Snape learned from his cricket career

Back in 2002, I was included in the England cricket squad to tour India.

This was a dream come true. My hard work had paid off and I found myself in front of a 120,000-strong crowd bowling again batting legend Sachin Tendulkar.

With the roar of the crowd showering down, my nerves began to pound as the pressure rose in our run chase. Then, my game collapsed.

I was batting with Freddie Flintoff and I ran him out. We couldn’t hear a thing.

After that, I began listening to that negative voice in my head, telling myself I wasn’t good enough to be there.

Then I played a terrible shot and followed him back.

My biggest regret was that India didn’t beat me on that night, I beat myself.

This started my research quest to find out what neuroscientists, military leaders, and Olympians could teach us all about performing under pressure.

In the last decade I have spoken with some of the world’s most impressive and prolific leaders, from former Manchester United manager Sir Alex Ferguson, to military generals and even the performance director at the Cirque du Soleil to understand what tactics and strategies they use to mentally deal with continued uncertainty.

In doing so, I have distilled the secrets of their success into a digital library, which helps my clients to maintain a winning mindset when they need it most.

Here are some essential tactics to help you cope with the days and months ahead.

Stop blaming others – own the situation

With our current situation, there are plenty of people your management team might feel like blaming – the electorate, former Prime Minister David Cameron, the EU, MPs in Westminster, our Prime Minister.

If that is what you they are doing, they need to get over it.

Great leaders don’t waste time blaming others – it may win you sympathy, but it won’t help you solve the problems.

Uncertainty creates opportunity so start by owning the situation and making a plan that turns the uncertainty into an advantage.

After all, other businesses have the same problems so those that actively tackle the situation will be the ones that succeed.

Pressure is a privilege

I have seen how the military uses pressure as privilege, with leaders adapting their mindset to tackle potential issues head on.

Worrying about what might or could happen leads to paralysis, so an effective leader must embrace the challenges ahead.

In the military, the best leaders prepare their teams for plan A, but they also throw scenarios into the training that get the teams thinking on their feet.

I’ve supported several senior leadership sessions at the Royal Military Academy Sandhurst and heard how they create challenging and chaotic scenarios to test the soldiers’ ability to think clearly and adapt under pressure.

In a business context, this could mean equipping teams with the skills to make decisions under extreme pressure and rehearsing with scenarios.

By pressure-testing various challenges, you will be more familiar with the decision-making sequence that follows when chaos ensues.

Remember – the teams that talk about pressure and rehearse responses are most likely to succeed.

An effective leader needs to have confidence that their team will know how to find solutions while under intense pressure.

By relinquishing control, you are building trust in the team and empowering it to make decisions.

Be fluid, not fixed

Rapidly-changing situations calls for leaders who can bring together diverse project teams to fix problems and exploit opportunities, fast.

Leaders must understand that they can’t predict and prevent all problems from arising – they must prepare their teams so they can assess and respond quickly.

Deploying teams to future-proof your business is key.

For example, what if your biggest supplier is affected by Brexit? What if your top talent left to join a rival?

Understanding your biggest Brexit threats and how your business will respond if they become reality is important to be able to withstand the pressure that comes from uncertainty.

Confidence comes from preparation, so plan for the unexpected and turn disruption to a commercial advantage.

Very few will have the perfect strategy to deal with the political uncertainty in coming weeks but those who maximise their mindset and culture will have the best chance of winning whatever the position.