The use of technology in rugby continues to gain popularity but the sport remains behind the curve, according to England stars James Haskell and Rachael Burford 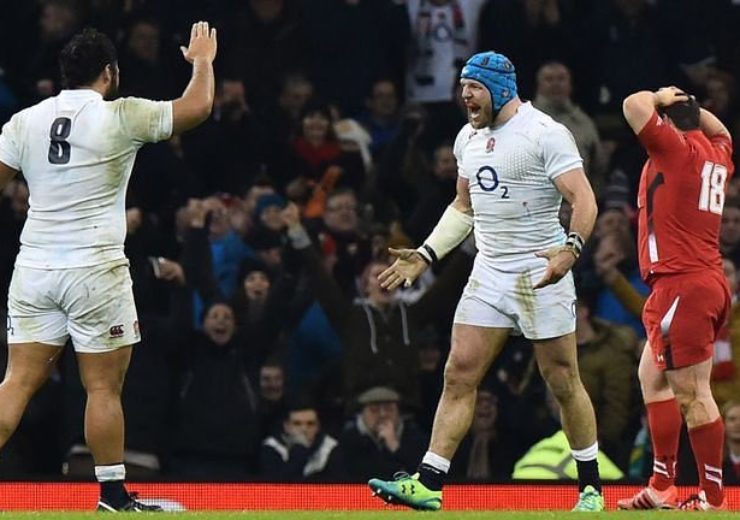 When James Haskell started on his journey towards international rugby stardom, the idea of using technology to improve performance could barely have been further away from a priority.

But as the 34-year-old former England player winds the clock down on his career, he now believes the sport is on the cusp of embracing innovations like smart monitors and drones to improve performance.

James Haskell on the best way to use technology in rugby

“Technology has dramatically changed everything,” he says during a discussion at Capgemini’s office ahead of the HSBC World Rugby Sevens Series, a competition in which the tech consultancy is a global innovation partner.

“Not always for the better – sometimes we watch people trying to solve problems that don’t exist on programmes like Dragon’s Den.

“But in sport, technology has played a growing part in things such as GPS tracking of players to measure how many kilometres we cover in training and during games, but it’s only as good as the ability to use the data.

“The idea is everything should be down to individualisation. You can have team metrics showing how much your players are running but, as a player, you should be able to think about how the statistics actually relate to your performance on a weekend.

“Maybe you run 5k each day through the week but 7k in a game, and you know that this is ideal to get the best out of your body.

“But a lot of teams use the data to bash you rather than use it in a positive way – they’ll say ‘every time you come have a day off, you come in an under-perform’ when there may be all sorts of reasons behind that.

“This is where it’s really important that you use this technology in a good way. But in rugby, there’s so many benefits – even in things like hydration testing to see if you’re drinking enough water.”

James Haskell on how attitudes to tech have changed in sport

At the beginning of Haskell’s career, during his first stint for Wasps in the 2000s, he would have to fill in a form every morning to rate his perceptions on various measurements such as his weight, sleep quality and pain.

“I’d put down a five, which was the worst rating, but nothing would happen so I realised I could just put down whatever I wanted,” he says.

“As things moved on and another coach came in, I’d put down a five and he’d say ‘if you don’t want to be here, you can leave’ – so I really gave up the whole health thing.

“We always perceive rugby as a professional sport but actually I don’t think it’s that professional yet in the use of data.”

Haskell, who says England head coach Eddie Jones has been a keen advocate of using real-time data and other innovations, believes in-game technology has advanced the most.

A lot of players now wear GPS trackers during matches and training to analyse performances, although the flanker admits even this area of tech hasn’t been used properly yet.

“The coaches would have a big screen with stats on each player and each time they made a mistake, it would flash up,” says Haskell, who announced his retirement from professional rugby earlier this month.

“They’d say ‘that’s not good enough, get him off’ because they were basing everything off those numbers.

“I don’t think that happens now but the players are all wired up and analysed so it’ll say he’s missed five tackles, he’s off the pace, we’re getting hammered in scrums. It all needs to be taken into context.”

The biggest improvements, he says, have been in the recovery aspect of the game, with many teams using the cannabis-based CBD oil to treat pain.

Rachael Burford on her favourite technology in rugby

She says one of her favourite pieces of tech are wellness apps that monitors metrics like heart rate, nutrition and sleep.

“It can show whether or not you’re ready to perform, and then work out what you need to do to be ready,” says the 32-year-old centre.

It also provides personalised training and nutritional suggestions tailored to the changing hormone levels throughout their cycle.

“You’re in different phases every week so there’s certain things you should and shouldn’t be doing,” says Burford.

“There might be a week where you need to change your nutrition to perform well at the weekend. This is important because there’s risks involved when you’re in your cycle.

“It’s a massive area that’s untapped at the moment – this is something that affects women for a lifetime but it’s only now that it’s starting to get some recognition.”

While the men’s game may not exactly be state-of-the-art when compared to sports like football, the women’s game continues to lag far behind, believes Burford.

“We still have a way to go for data,” she says. “Only two years ago, I came back from a shoulder injury and had a player on the bench counting the number of contacts I had.

“Our analysis is coming on a lot but there’s still a lot of things like we don’t wear heart rate monitors, we just use GPS units.

“So we need to capitalise on these things and bring them into the game, whether it’s a question of finance or accessibility.”

For Haskell, he believes one of the key issues that need to be ironed out is recruitment, saying there’s too many “jobs for the boys”.

Instead of hiring people from within, he wants the sport to look further afield in order to integrate tech more effectively into the game.

He adds: “Every rugby player you meet is battered and injured all the time, and they don’t comprehend the importance of sleep.

“Wearable technology would make a massive difference to that – things like sleep tech and being able to test your blood consistency.

“In rugby, we over-train, under-sleep and under-rest. The NFL is the pioneer because you have a massive commodity and if it breaks down, it has a massive impact on the bottom line.

“Rugby is nowhere near that level financially so it’s taking time to filter down.”