Who is Indra Nooyi? Everything you need to know about PepsiCo’s departing CEO

Indra Nooyi, the first woman to lead the world's second largest food and drink company PepsiCo, is stepping down from her position in October 2018 - but only after accomplishing a huge amount for the American multinational 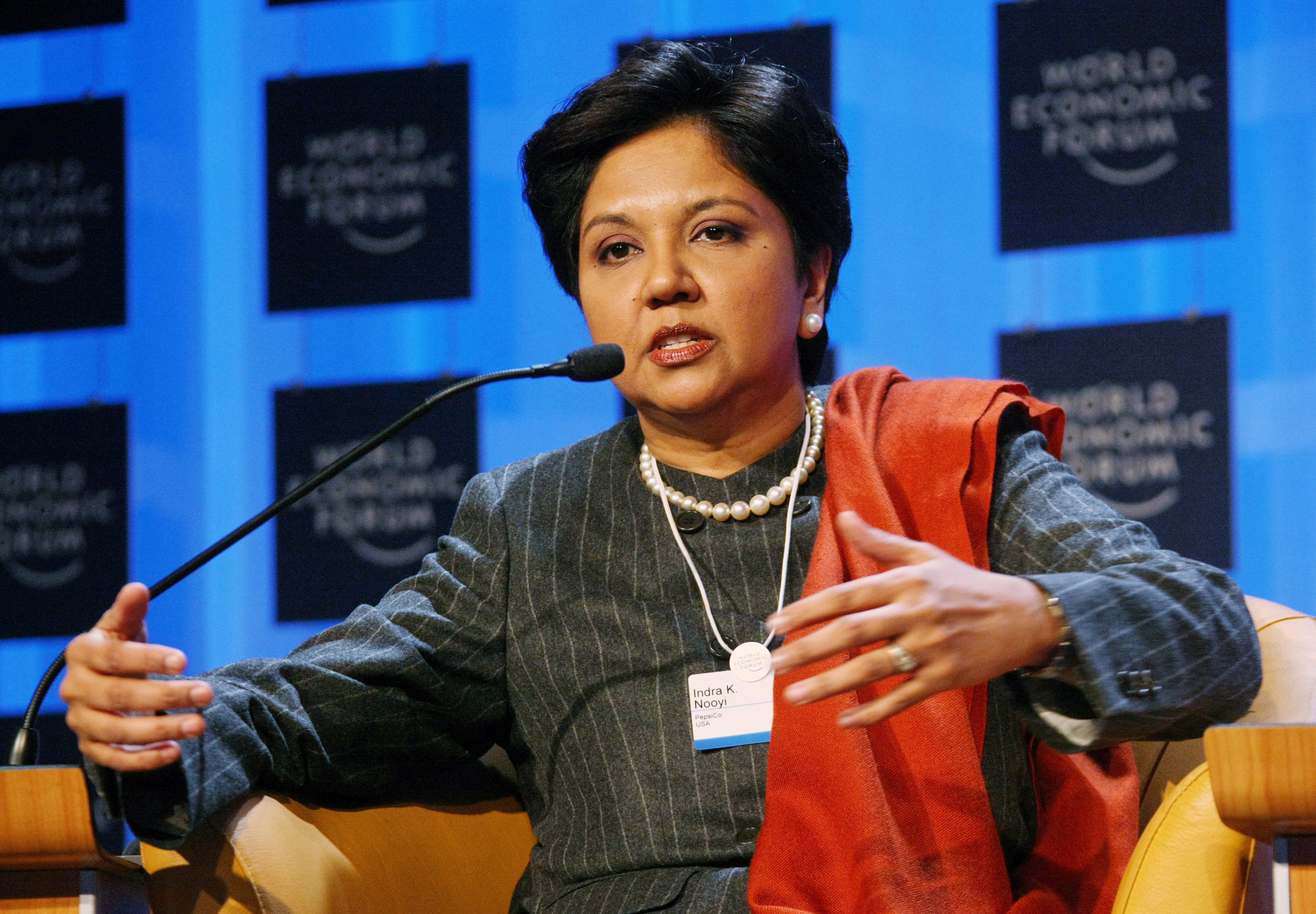 She’s led the world’s second largest food and drink company for the past 12 years – but who is Indra Nooyi?

The 62-year-old is stepping down from her position as CEO of PepsiCo, but will continue to serve as chairwoman of the industry giant until early next year.

Indra, who has often featured in lists of the 100 most powerful businesswomen, will give up the top position at the New York-headquartered multinational to Ramon Laguarta, who has been with the company for 22 years.

Currently president, he will take over as CEO in October.

Who is Indra Nooyi? Rise to one of world’s most powerful women

The long-time serving CEO has had quite the journey.

At Asea Brown Boveri, she represented about a third of the company’s $30bn (£23bn) in global sales.

This made her the first woman to be at the top of the world’s second-largest food and drinks company.

At present, she is one of only 25 female CEOs at Fortune 500 companies the same year.

In 2007 and 2008, Indra made the Wall Street Journal’s 50 Women to Watch list, and was also part of The Times’ 100 Most Influential People in the World rankings.

Forbes named her the third most powerful woman in 2009 and 2010, while in 2015, she ranked second in Fortune’s Most Powerful Women list.

Who is Indra Nooyi? Taking PepsiCo in a healthier direction

Indra has been credited with taking PepsiCo in a new direction, in which it moved away from junk food and into healthier alternatives.

However, she fought off calls from activists to separate the snack business from the rest of the company as sugary drinks became less popular.

Instead, she split products into three categories – Fun for You, Better for You and Good for You, which spanned the range from high-calorie soft drinks and snacks to smoothies and oatmeal.

Who is Indra Nooyi? Winning praise from PepsiCo

Indra holds an MBA from the Indian Institute of Management in Calcutta, and a Masters of public and private management from Yale University.

Pepsi, which generated more than $63bn (£49bn) in net revenue in 2017, said in a statement: “She has delivered a strong and consistent financial performance, managing with an eye toward, not only the short-run, but the long-run as well.

“As CEO, she grew revenue more than 80%, outperforming our peers and adding a new billion-dollar brand almost every other year.”

The company offers a wide range of foods and drinks such as Frito-Lay, Gatorade, Pepsi, Quaker and Tropicana.

It generates more than $1bn (£760m) in estimated annual retail sales across 22 brands.

Indra posted a series of tweets saying Pepsi has made more of an meaningful impact in people’s live than she could have ever imagined.

She also adds that Ramon is the ideal candidate to take over and she’s positive he will continue to make a success of the company.

Today is a day of mixed emotions for me. @PepsiCo has been my life for 24 years & part of my heart will always remain here. I’m proud of what we’ve done & excited for the future. I believe PepsiCo’s best days are yet to come. https://t.co/sSNfPgVK6W pic.twitter.com/170vIBHY5R

Who is Indra Nooyi? How much she’s earned

However, her highest income has come from stock awards.

Every time the Pepsi share price has snowballed, Indra’s net worth has too.