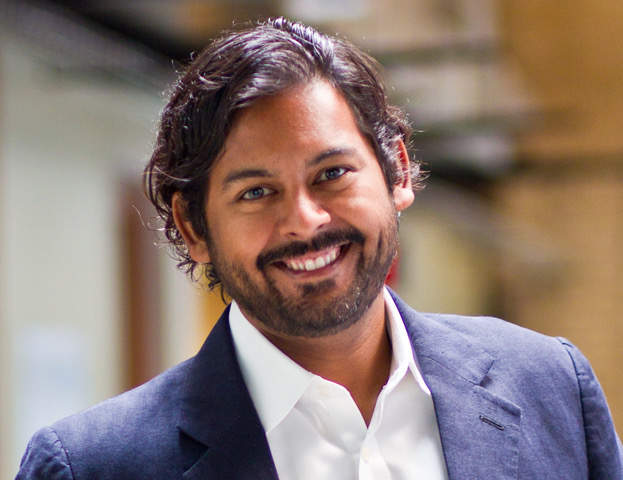 Tech companies are growing at a speed unseen for decades, perhaps even centuries, but many are struggling to find computer-savvy talent in the UK.

This is not because jobs in tech are terribly unattractive – at least when you’re not working as a “contractor” in the gig economy for a few infamous firms.

Software engineers earn on average £10,000 higher than the UK national average of £27,600, while software designer roles are about £6,000 higher.

There are also plenty of perks to these jobs – all-expenses-paid trips abroad, flashy offices, free food and casual Mondays through to Fridays.

Larger international firms can also offer office transfers, should you wish to up and move from rain-ridden London to sunny San Francisco.

Yet a lot of job adverts are left unfilled.

Shawn Bose, general manager of Indeed Prime – a premium branch of the world’s largest jobs site Indeed that focuses on tech talent – says this is because there is not enough talent to fill the demand of tech firms.

“There are tech jobs that sit open for more than two months, because it’s so hard to find talent,” says Shawn, who is based in Austin, Texas.

He has a lot of experience in the tech industry, dating before his time working at Indeed Prime – which connects high-skilled applicants actively looking for work with companies using its service.

The American started a web design firm in the late 1990s, during the dot-com bubble, before working at the freight exchange service UShip – which he describes as “Uber for freight”.

“When I started my first companies in like 1998, when you were looking at technical talent it was just start-ups and early stage internet companies where folks who had trained in that area could go,” he says.

“Now they’ve got the pick of the litter. They can work for government, large companies, start-ups and the world’s largest retailers.”

The challenge of finding talent for tech jobs in an environment where “every company is a tech company”, as Shawn puts it, is such a big issue that his own experience in attempting to overcome recruitment hurdles meant he wanted to tackle the problem at Indeed Prime.

He says: “When it came to joining here and taking over Indeed Prime, the interesting thing that drew me to it was I had seen recruitment continue to become the number one issue for both new companies and companies trying to scale.”

A shortage of tech talent

In the face of economic uncertainty, the UK tech industry continues to grow at a rate unseen in other sectors.

It was announced earlier this month that the UK tech scene was attracting more investment than its three closest rivals on the continent combined – France, Germany and Sweden – and grew 50% faster than the rest of the country’s economy in 2015 according to Tech Nation.

Yet there is a fear that the tech talent shortage could freeze this progress.

A 2017 Tech Nation survey found that half of the tech community were concerned about a shortage of skilled workers as a quarter said finding talent was also a big issue.

Shawn says: “It’s almost like the hiring thing is shifting, where we hire early and train people to the point where they’re useful because otherwise you just can’t find people to plug-and-play.

“It’s not going to happen and it’s going to get worse before it gets better.”

He believes that the avenues of finding and hiring talent are one cause behind the trouble tech firms have with finding would-be employees.

“Traditionally you’d look at the top 20 computer science programme to find the best talent,” he says.

“That is still valid, but in the UK – we were looking at some data the other day – over the next three years there will be 270,000 new tech roles.

“UK universities can only supply less than half of it.”

Shawn thinks employers should be seeking “non-traditional candidates”, as well as those graduating from top universities.

“When I say non-traditional candidates, you have a lot of people going through career changes,” he explains.

“You have a teacher who’s just had a second kid thinking ‘I can’t live on my teacher’s salary and all the money is in tech’. So they go to a coding academy.”

Indeed Prime tries to encourage employers to consider such candidates by using coding tests on its platform, aimed at showing employers than “non-traditional candidates” are just as skilled as young people coming out of the halls of academia.

Yet it is not snobbery surrounding evening class coders that Shawn feels is the biggest barrier for companies trying to find tech workers.

He says: “The biggest issue with tech talent is traditional channels to reach them.

“Recruiters call them all the time, LinkedIn requests, referrals – this stuff is coming at them all day.

“So what happens is people start to just tune those channels out.

“In fact, at the end of every week on Friday, I pick a few engineers and ask how many people had contacted them that week, and it’s usually double digits.”

Responses to those constant invitations through conventional channels is less than 20%, according to Shawn – who boasts that the response from candidates on Indeed Prime sits at around 90%.

He says this is due to the differences between the platform and other job sites. If you want to use Indeed Prime, you have to apply and be actively seeking a new job.

“On the candidate side, we actually reject over two-thirds of the applicants – so we’re trying to take people who really are top quality,” says Shawn, who spoke at the Future of Work Summit as part of London Tech Week.

“That allows us to turn to employers and say we have the pool of top talent that are actually change-ready and looking for opportunities.”

Employers do as they would on other recruitment platforms – enter in job requirements and have the Indeed system search for suitable candidates – judged on their skills, experience and – soon – their personalities.

Shawn says: “Essentially, the employer is then applying to the candidate, and this is an interesting thing because they have the leverage.

“They are the scarce resource. There are more jobs than there is talent.

“We’ve sort of flipped the traditional way we think about job applications because this group of people are so sought after.”

It has also just released a free-to-use basic plan that allows small businesses and start-ups to make use of some the platform’s tools.

“I’m really excited about it because hiring for start-ups is usually really hard,” says Shawn.

“You don’t have recruiters, you might have one HR person. But suddenly you get new funding and you need to hire loads of new people – and you usually can’t afford traditional recruiters.”

Given that the platform partly prides itself on encouraging employers in the largely male, university-educated tech industry to consider “non-traditional candidates”, Compelo asks if employers are presented candidate profiles with a degree of blindness on ethnicity and gender to combat biases.

Shawn replies: “We don’t do that yet, because we’re full monty on transparency. We really believe in that.

“The primary matching criteria is skill and skill level. That immediately removes a lot of the bias you as a hiring manager, as a recruiter are saying this person is a match – what I really need.

“We still believe the person is really important to the role, and so there are some folks trying to solve it by anonymising things – a lot of marketplaces do that.

“We come at it with the point of view that humans are the most complex of units to fit.”

Although employers are not blind to candidate identity on the platform, the chief of Indeed Prime is keen to see a greater degree of diversity in the UK tech industry.