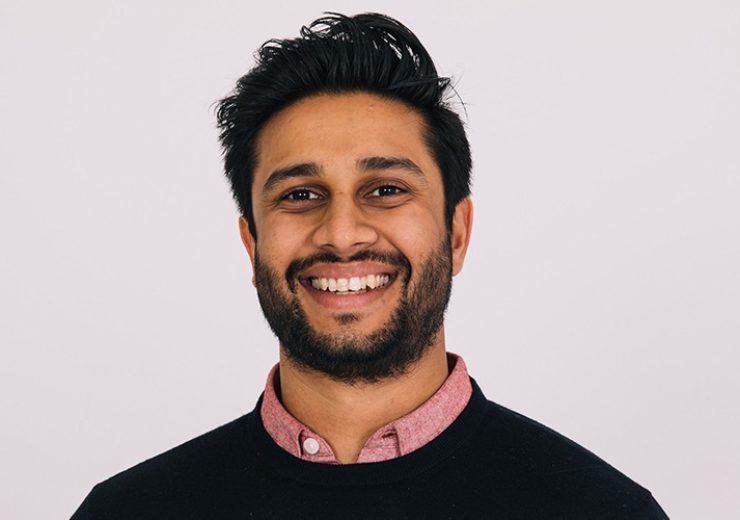 HubbleHQ has grown from a one-page website with three office listings to the point where it is now matching a business with new office space every three hours. Founder Tushar Agarwal spoke to Sam Forsdick about the start-up’s rapid growth and the state of the office rental space market in the wake of WeWork’s recent troubles.

While WeWork’s valuation was getting slashed from $47bn to $10bn and its IPO was shelved, London-based office-broking platform HubbleHQ was celebrating doubling in size to 52 staff members and a tripling of revenues.

The flexible office space advertiser differs from WeWork in the fact that, rather than buying up real-estate, HubbleHQ seeks to match available office space with businesses in need of extra room.

The company has grown rapidly since being founded by Tushar Agarwal and Tom Watson in 2014, and was recently named the 26th fastest-growing company in the UK by Deloitte.

HubbleHQ has gone from placing a business in a new office in London every three weeks to once every three hours. It has also become the largest marketplace to rent office space in the UK capital.

How Tushar Agarwal capitalised on the changing office space market

Agarwal’s self-confessed “lightbulb” moment came while he was working for an investment bank advising a retail client.

A third of the client’s stores were unprofitable and it wanted to raise money to reinvest in online and digital.

The 30-year-old co-founder claims: “If you were to offset a lot of the rental liabilities from its real estate portfolio that the company wasn’t using, then it could free up all that capital and reinvest it back online.

“I found that Sears department stores in the US had the same problem and it was sub-letting its stores to data centre companies and managed to execute on a similar strategy.”

Although the idea was turned down by his boss at the time, it got Agarwal thinking.

“It planted a seed in my head. I realised that the way that people used physical space was changing, particularly with businesses,” he says.

“An office used to be a place that you needed to visit to access a piece of equipment in order to do your job, whether that’s factory work, or to use a computer.

“Technological innovation was meaning that larger companies needed less physical space, while the same technology was enabling a massive growth in small and medium sized businesses – anyone with a laptop can now launch a start-up.”

Many of the larger companies no longer needed the physical office space they once demanded and a spate of new start-ups and SMEs were struggling to find a flexible office plan that suited their growth models.

As technological advancements continued to bridge the gap, Agarwal predicted that the balance would continue to shift.

HubbleHQ positions itself as “the glue between industries”

At that point in the early 2010s WeWork had just been founded and was yet to expand outside of New York’s Manhattan.

“Now, all of a sudden, you have this shift, that the occupants of office space are no longer Fortune 500 companies, they’re actually the small-to-medium-sized businesses, which are not sitting in a space for 25 years,” Agarwal adds.

“The only way you can do that is using technology, by automating a lot of the key processes and democratising access to the industry to directly reach the customer.

“We positioned ourselves as almost the glue between industries — the liquidity player that manages supply and demand really efficiently.“

HubbleHQ’s first customers included Songkick and GoCardless, which were both early-stage start-ups at the time.

They were two of a number of companies who spoke to Agarwal about the difficulties of accessing office space as a small business.

“They were forced to try to find innovative ways to access real-estate,” he adds.

“One of them had their venture capital fund act as a guarantor on a 10-year lease because they couldn’t afford to do it themselves.

“Another took on space which was three times as large as they needed at the time and sublet out the excess space to smaller businesses.”

HubbleHQ eventually launched in 2014, as a one-page website with three listings on it.

Over the next couple of years, the flexible office space sector started to take off.

WeWork had expanded to 10,000 members and 1.5 million square feet of office space and smaller players in London were also beginning to establish themselves.

“We started getting approaches from these flexible-office space companies enquiring about our listings site,” claims Agarwal

“We were both attracting similar customers with the same requirements, so they began listing with us too and it started snowballing from there.”

The flexible office sector in London went from 0.5% of total London office space to around 8% in the space of five years.

Although the start-up didn’t go through the televised process of presenting the business plan, it caught the eye of the British entrepreneur and investor.

“During the early days when we were just two guys with a business plan, Caan was there to offer us advice,” says Agarwal.

“But as the business grew it got to the point where he will say there are other smarter people out there to advise you.

“One of the great things about James Caan is that he’s quite self-aware and will admit that he’s not an expert in every area of business.”

The likes of WeWork and The Workplace Company have raised expectations of what to expect when renting a co-working space.

“It’s now incredibly odd for companies looking for an office to be presented with an empty shell, which they have to commit to for 15 years,” says Agarwal.

It’s something that HubbleHQ has leaned into and the CEO hopes the site presents businesses with “the right workspace to succeed”.

“But people don’t put the same amount of care into their workspace, and that’s actually where you spend most of your waking hours.”

This blurring of the lines between work and life has resulted in employees demanding more from their office space.

One trend, which HubbleHQ has seen growing recently, is demand for childcare provisions within the Office.

The online office broker has also seen a 50% rise in searches for pet-friendly offices and two dogs, Newton and Wiley, currently roam the HubbleHQ offices in a central London WeWork (Agarwal claims that they move between a different office space provider every few months in order to experience the different offices they advertise).

Yet, the question of allowing pets in the office, is one that many providers have never had to face.

When HubbleHQ informed its customers of the growth in demand, more than half of the co-working spaces came back saying they had no problem with it if it’s what people wanted.

Agarwal adds: “An office should be a place where you’re collaborating with your colleagues and the more offices that can help you do that the more successful they typically are.”

However, the apparently buoyant office rental market has recently been rocked by the failed WeWork flotation.

The development led many analysts to speculate that the value of the sector has been artificially inflated and could lead to a drop in commercial property valuations.

Alex Snyder, an assistant portfolio manager at CenterSquare Investment Management, told the Financial Times: “Now that the Goliath of the industry has paused leasing, I think it will make it that much harder for these markets to muster up any kind of meaningful growth.”

But the bursting of WeWork’s bubble has certainly not dampened HubbleHQ’s ambitions.

Agarwal says: “In every industry, there are many businesses and just because one succeeds or one fails it doesn’t necessarily reflect on the sector.

“My view is that what’s happening with WeWork is not a reflection of the flexible office model but a reflection that, like a lot of hardware technology companies, they were spending too rapidly.”

Agarwal remains convinced that flexible office rentals are “the way that people want to rent office space now” and adds that “the market is certainly here to stay”.