The history of office design: From drab to digital — and David Brent 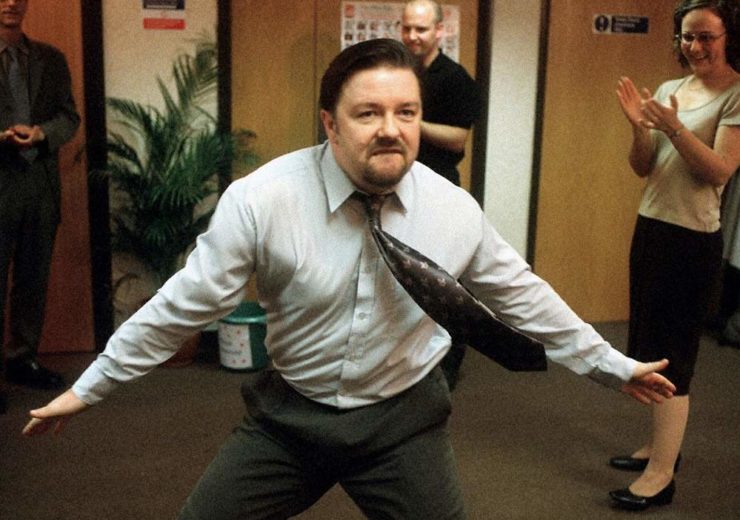 David Brent's office could be described as fitting into the old-fashioned Toylorist method of design (Credit: BBC)

The era of cubicle offices has been packed up and confined to history as modern workplace design focuses on sustainability and comfort.

One of the best-known representations of bleak, uninspiring office space was delivered through the vehicle of Ricky Gervais’ much-loved comedy show, The Office.

Catherine Bannan, HR Director at Printerland said: “Employees spend so much time in their workplace that it’s hugely important for the space to reflect their needs.

“It was interesting for us to see how employee welfare needs became more of a factor in designs over time, with an emphasis put on facilitating flexibility and collaboration in many modern offices.”

Evolution of office design through history

The first office designs were concentrated on maximising the output of employees, while giving managers oversight of the whole production line.

Features of Taylorism include rigid desk layouts and private offices for management, with little consideration for the well-being of workers.

The Taylor theory of management, otherwise known as scientific management, was devised from one of the first management consultants Frederick Taylor.

Despite first being used in the 1800s, elements of Taylorism persist in the 21st century through the likes of structured office layout and new methods of monitoring staff productivity such as apps.

This would best describe David Brent’s Wernham Hogg office in the show, but the separation of management from workforce clearly suffocated his ‘creativity’ and caused tensions with senior bosses as he spent more time away from his desk to counter this.

First envisaged by  brothers Eberhard and Wolfgang Schnelle in the 1950s, Bürolandschaft brought managers out of their offices and onto the workfloor —encouraging a new approach to office design.

The organic layout of desks followed the flow of paperwork through the office, while the use of plants and screens provided employees a new level of privacy.

Criticisms of the “distracting” and “chaotic” design led to the next era of office space – the cubicle farm.

The thought of drawing David Brent out from his office into the main workspace would likely be a terrifying prospect for the Wernham Hogg workforce — and the firm’s productivity.

As office workers switched to computers during the 1980s and 1990s, office cubicles were brought into the workplace to replace the distracting layout of previous spaces.

One of the people credited with cultivating the cubicle farm was Robert Propst, an art professor who designed the patented ‘Action Office’.

The Action Office introduced booths and standing desks, but was derided by office workers for leaving them feeling socially deprived and isolated.

Not the ideal layout for David Brent who so desperately craves the adoration of an audience.

The dot-com boom led to a new era of office-space utopianism, which changed the way they were designed once more.

New technologies streamlined old processes and freed-up space in the office, which could be re-used for breakout zones.

A focus on employee well-being became paramount and the emphasis on natural light and big windows is the antithesis to the old cubicle farm.

This type of design is still being iterated upon today as employers use their offices as a means of attracting the best talent.

Always one for informal breakout sessions, David Brent would likely be a big fan of the digital workspace. However, the prospect of an open-shirted Brent reclining on a complaining beanbag might attract interest from the Wernham Hogg HR department.

Flexible working and new technologies have led some to predict the end of the office, as employees gain the power to chose where they want to work.

However, the growth of shared office space companies such as WeWork and Hubble suggests the demand for a formal workplace still remains.

Tanya Wood, director of the co-working space Soho Works, believes the office of the future will need to be a “comfortable place where people choose to spend their time without the formalities and pressure of the traditional office”.

While architect Norman Foster claims the next generation of workers will choose their employers based on social agenda and sustainability credentials, meaning natural light, outdoor spaces, childcare facilities, tech-free mindfulness zones and views of nature will be high on their list of priorities.

New technologies, such as AR and VR, could also make their way into the office allowing for teams in different parts of the world to collaborate on projects in a virtual space.

The idea of a worldwide audience delivered through AR and VR would surely be too much for David Brent to resist as he looks to spread his vision of inspirational management far beyond the city limits of Slough.