After experiencing the issues of hiring freelance media talent first-hand, Henry Peirse decided to set up his own tech solution, Paydesk 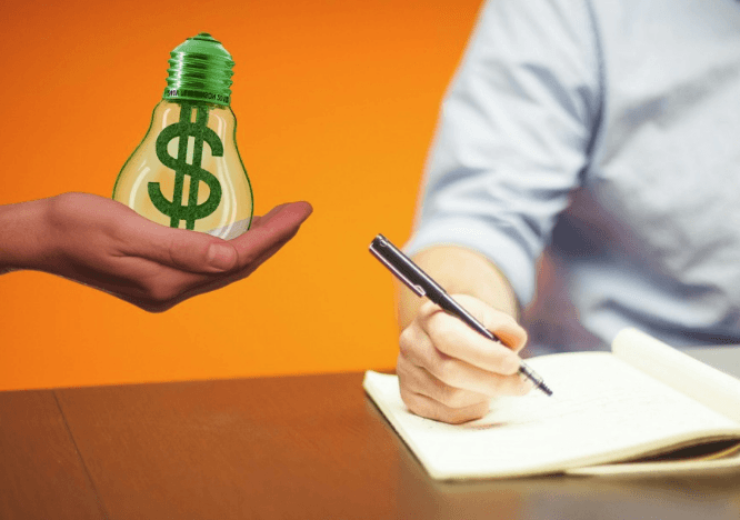 Paydesk is aiming to simplify and speed up the process of recruiting and paying freelance journalists (Credit: Pexels)

With seven years’ experience as a freelance TV and radio reporter covering the conflict in the former Yugoslavia, 45-year-old Henry Peirse knows better than most the challenges that come with hiring media talent.

Building on his experience with freelance reporter management agency GRNlive, Peirse founded Paydesk in 2014 as an online platform, which enabled on-demand recruiting, team-building and payment management.

Sometimes described as the “Uber for journalists”, Paydesk now boasts 6,000 freelancers on its platform spread across 165 countries.

With a team of just three, Paydesk manages annual turnover of £1m ($1.3m) and has $2m pledged from Voice of America.

What does your company do?

Paydesk is a marketplace where publishers, broadcasters and editors find, book and hire professional news-gathering talent from around the world.

It puts everybody in touch and guarantees insurance for the day of the work and most importantly rapid payment when the job is completed.

What were you doing beforehand and where did the idea for the business come from?

The concept grew out of my understanding of what is important to any industry.

In my sector, the news-gathering industry, requirements had shifted from simply managing freelancers to offering clients more help with the administration of a much wider pool of independent professionals.

Technology made that possible. For large organisations relying increasingly on freelance professionals, making wide-ranging low-amount payments to multiple currency and bank accounts across the globe was becoming the pertinent problem.

It became clear a huge amount of money is being wasted by the media and others commissioning and paying for one job at a time when they could be doing it by the batch.

When was it founded/launched and how has its journey progressed since then?

I founded Paydesk in 2014, and over the past five years I’ve had the chance to help improve the lives of more than 6,000 freelance journalists.

I did this working with some of the largest media organisations in the world, from Voice of America and CBC to CBS, Euronews, Fox News and France 24 to name a few.

We are purely cashflow funded. This has allowed us to grow at a speed everyone is comfortable with, which allows us to maintain the high level of service we provide to every user.

It also means we’re the masters of our own destiny, letting us stay true to our original mission of simplicity and speed of payment.

How big was the team you started out with and how big is it now?

The Paydesk team has always been very lean, it’s our technology which gives us our truly global reach.

I’m responsible for making sure we cover the world with contacts to provide our clients with an international newsgathering network without the traditional costs associated with it.

Morgan Sowden is co-founder and CTO, keeping talent just a click away via our app and website — which he built in just four months.

Johnson Tamlyn is an expert in international negotiations and, as Duty Coordinator, has the unenviable position of keeping every booking running smoothly and making sure jobs are done on time.

Where do you operate and what are your future plans in this regard?

We currently operate in 165 countries and my future plan is to expand this number to as close to 195 as I can over the next year, offering a widening variety of services from journalists, researchers, fixers to drone footage camera crews.

Our business strategy is to reach as many of the world’s top business publishers and broadcasters as possible.

This is the way we hope to reach as many freelancers as possible and make the biggest impact on their lives — making sure they are paid fast and are insured.

We are already working with the world’s largest broadcasters like Voice of America, Euronews and Fox News.

I’d like to grow this to cover national titles the world over in multiple languages.

Beyond that, I want to get the word out to freelance journalists in the remotest areas of the world.

So many places remain hard to cover, with local, independent journalists feeling they have no access to what other people take for granted like payment on demand and being part of a wider business network.

What’s been your biggest success so far?

Members in the Paydesk network have covered every major story that’s been splashed on any given international or national media since our inception.

We are now probably the largest single network of professional media in all of Africa, by numbers.

I would say our biggest single success is making sure we use our technology to personally manage every query about payment as quickly as possible, so every member gets a personal service.

This leaves everyone happy and with the feeling they’ve been treated with the respect freelancers deserve but don’t always get.

What are the biggest challenges you’ve faced?

Freelancing in media is a challenging job — there is little security and the work is often thankless.

Our job at Paydesk is to help smooth this by making sure payment happens fast.

Ask any freelance what’s more soul destroying, being told no to a pitch or having to gently nudge or plead for payment for work everybody agrees happened.

Once agreed, there is no renegotiation of a fee — payment through Paydesk is guaranteed at the time of commission. Making sure we can deliver this promise is a challenge every day.

What is the health of your industry like at the moment and what are the factors impacting it going forward?

This creates an opportunity in every media market across the world for intermediaries of different kinds.

Many different businesses, both online-only and otherwise, are emerging to handle different parts of the process — from commissioning work to a journalist filing their piece.

However, very few handle the entire process and managing all the behind-the-scenes goings-on on behalf of media organisations and freelancers.

What is the one future disruption you’re preparing your business for and how are you doing this?

More and more, people are rightly demanding their payments be instant, wherever they are in the world.

It’s no longer enough to measure payment times in months as some publications do.

We’re working with a number of challenger banks and others to bring this to life and ensure that, whether a journalist is writing a long-form article in Edinburgh or reporting from a conflict zone in the Middle East, they receive payment the moment they file their piece.

This will be a first in our industry and keep Paydesk firmly at the head of the pack.

What does the future hold for your company?

We want to open up the service to a wider variety of freelances. We started with freelance journalists because that’s my background.

But the way news is reported is changing, becoming more diverse. Making the service available to drone pilots, video producers and fixers of all kinds is essential to the future of journalism.

I’m also always looking to connect with an even broader range of people, those who might not think of themselves as journalists, reporters, or anything traditionally associated with the media industry.

With the rise of citizen journalism, there’s a huge untapped market of talented people out there. People are excited to produce content, but are unaware there’s opportunities out there for them to put their skills into use.

I also plan on breaking into other verticals. Media is far from the only industry relying on freelancers.

Other creative industries such as film, television, design and music are all equally reliant on the skills of independent professionals.

My co-founder Morgan is a DJ in his spare time so we have our eye on a lot of industries.

I used to be a freelance journalist reporting for the UN in conflict areas, and now I’m leading a fintech with some of the world’s most recognised brands as its clients.

If you needed evidence you can make a success of a complete career change, I’m living proof.

Financial technology isn’t just for the traditional banks, it’s for anyone who can spot a problem in need of a solution.