After it became the second largest smartphone manufacturer behind Samsung in August 2018, academic Tian Tao looks at what's behind the "overnight" growth of Huawei 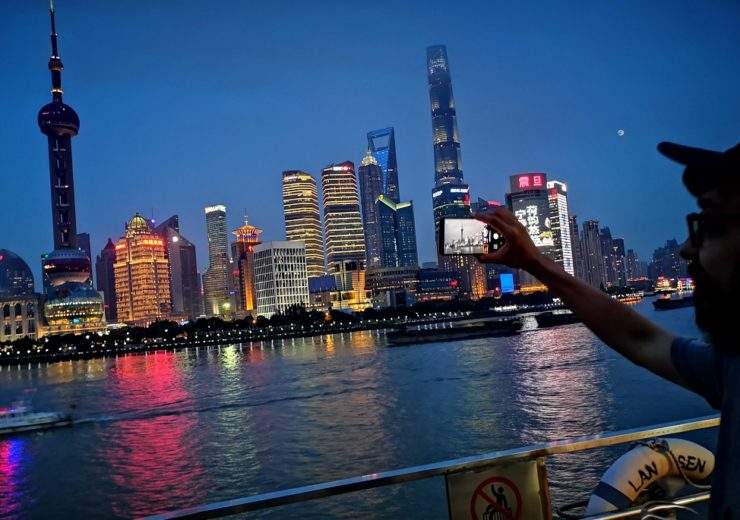 The growth of Huawei appears to have come out of nowhere for Westerners – and while “overnight successes” are a myth, the Chinese electronics giant may be as close as a company can get to the term.

The company was a largely unknown name in countries like the UK and US until a few years ago.

But since August this year, it has been the second largest smartphone manufacturer in the world, behind Samsung, and its devices are routinely received with critical rapture.

It represents the latest milestone in a long journey, but one that has happened at an uncommon pace, according to academic Tian Tao, who is co-director of the Ruihua Innovative Management Research Institute at Zhejiang University.

Working as a senior advisor of the Huawei International Advisory Council, he has published a book that researches the company’s management philosophes, called Huawei: Leadership, Culture, and Connectivity.

Here, he tells the story behind the growth of Huawei.

A brief history of Huawei

Huawei was founded as a private company in 1987 by Ren Zhengfei.

At that time, he had nowhere else to turn in his life. Huawei didn’t have any capital, technology or outside backing, and survival was next to impossible.

By this time, the company held over 80,000 patents, with more than 8,000 of them being essential patents.

Its smartphones include the Huawei Mate 20 Pro, Pro 20 and P Smart.

In just 30 years, Huawei has risen to become a leader of the global telecommunications industry, ranking No. 72 on the Fortune Global 500 list.

One of the engines for that stellar growth is its innovation in enterprise management systems. To pursue this type of innovation, Huawei follows a core principle: Talent hires capital.

Since the 1970s, two profound changes have taken place in the global economy.

Firstly, financial innovation led by developed countries has addressed issues with capital shortage around the world.

It is now much easier for companies to obtain capital from various channels, and the cost of capital acquisition has also dropped significantly.

And second, a revolution in information technology – especially the widespread adoption of the internet – has raised the bar for technological innovation as it applies to economic activities.

As a direct result, the value we create with our minds is far greater than what we can create with physical labour.

These huge changes – access to capital and a profound shift in the application of technology – raise a direct substantial challenge to economics and management science: Is it time to offer a similar fundamental change to traditional corporate propositions of maximizing shareholder interests and capital gains?

Employee diversity is integral to the growth of Huawei

Huawei is a knowledge-intensive company. It has 180,000 employees from 165 different nationalities, with more than 40,000 non-Chinese employees – the majority of which have strong educational backgrounds.

But this poses a challenge. How can the company best unleash the creativity of every knowledge worker while also bringing them closely together to create value?

To answer this question, Huawei has engaged in a lot of exploration in terms of both theory and practice over the past 30 years.

In its early years, Huawei was short of both talent and capital, so its founder was forced to innovate, launching an employee stock ownership plan, similar to that used today at John Lewis and Waitrose within the John Lewis Partnership.

Today, Ren Zhengfei himself only has a 1.42% stake in the company. Other shares are held by more than 80,000 employees, who serve as both shareholders and company staff. No external shareholder owns any Huawei shares.

The company strives to recognise the value of capital in its development, and rewards capital investments and shareholders in a reasonable way.

But it is a fundamental belief that staff working within the company create the most value, and that their contribution is the fundamental and long-term driving force behind Huawei’s ongoing growth.

So when it comes to value distribution, staff are prioritised over shareholders.

And as a result, over the past 30 years, the ratio between the average annual income – including salary, bonuses, and benefits – of Huawei employees and the dividends from shares held in the company has averaged 3:1.

Huawei isn’t out to maximise the interests of any single party, whether it be its customers, employees, or shareholders. Instead, it seeks shared success between the three.

These kinds of innovative management ideas reassess value creation, assessment and distribution, and recognise changes in technology and the global economy over the past several decades.

But what it has gained in this process is undoubtedly worth examining as part of modern management science.

It also makes the company a valuable reference for knowledge-intensive companies around the world.