George Osborne on UK fintech post-Brexit: ‘It won’t be as affected as other sectors’

At the LendIt Fintech Europe event in London this week, the UK's former Chancellor of the Exchequer George Osborne shared his thought on Britain's fintech prospects post-Brexit 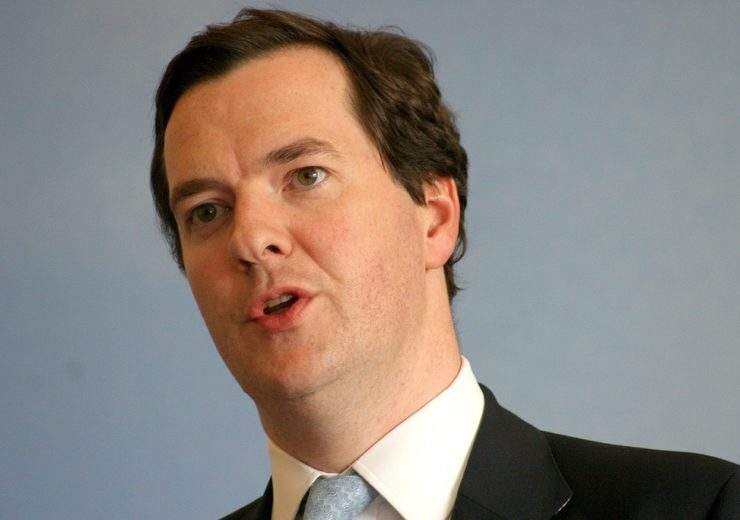 George Osborne might not be involved in frontline politics anymore – but he has delivered his verdict on UK fintech post-Brexit.

Giving a talk at the Lendit Fintech Europe event in London, Britain’s former Chancellor of the Exchequer addressed the implications of new innovations such as open banking and what the potential for trade deals could be in a newly independent nation.

Having been head of the country’s Treasury between 2010 and 2016, the 47-year-old has a uniquely-informed perspective on these topics and how the financial sector could change one Britain leaves the EU in March.

Here we look at the range of topics he covered during his Q&A at the conference.

I actually think fintech will be one of the sectors least affected by Brexit.

In a way, the EU hadn’t quite caught up with the tech when we voted to leave – so it’s one of the areas where you still see big European companies maintaining serious investment in the UK.

The question will be over whether we remain an open international economy with immigration systems – that’s the question we face, and if the answer to that is no then it’s quite possible jobs will go elsewhere.

If you’re thinking about industries that are ripe for major disruption, I would think fintech is definitely one of them.

I think we’re just at the beginning of the wider disruption of the financial sector, with what we’ve had over the past ten years since the crash in 2008 – it’s one of the most exciting spaces in our economy at the moment.

Open banking was really designed for two reasons, the first being to create more competition in personal banking.

The second is to improve the SME lending space, which is extremely difficult, and giving them greater flexibility so they could execute innovative ideas.

That’s where open banking started. But like all these things, there’s a lot of hype when they’re announced and it can be a little disappointing at first, but the long term implications remain huge.

So I’m definitely an optimist that the open banking regulation is going to be pretty dramatic, even thought it’s had a fairly slow start.

But it’s very much up to the companies that want to make use of it to enforce the pace and navigate the regulators, the law courts and any obstacles they come across.

On the future of open banking

It will be interesting to see how the country’s biggest banks react to all the innovation in the sector at the moment.

Will they develop their own technology or will they acquire it from a third party and take a different approach? Whichever way you look at it, they are certainly allied to the idea in a way they weren’t ten years ago.

I think the continued progress of open banking will require the industry that benefits from it to keep seeing the regulators and pushing them – the current set of regulators in the UK are very open to the idea.

Don’t assume perfect knowledge – whether it’s someone at the Financial Conduct Authority, Bank of England or Treasury – don’t assume they know everything and go and tell them what’s going on on the ground.

Most of these trade agreements you can do while you are still part of the EU regime – incidentally, I think the best thing would be an EU investment trade deal.

When it comes to what a UK trade deal with the US would be, it relies on a number of things – what is it that a US trade deal offers that we don’t currently get? The same applies to a Chinese trade deal.

I think a US trade deal could end up being pretty controversial because it would involve things like integrating US pharmaceuticals into NHS contracts – I can think of a few people in the House of Commons who would be against that.

On where the UK is headed politically

I fundamentally don’t believe that the country wants a choice only between Jacob Rees-Mogg and Jeremy Corbyn.

I do actually think the world I grew up in of a balance between the centre left and centre right arguing for essentially a more moderate, progressive and international government still exists and is what a lot of people are looking for.

I think it’s worth remembering we are still very early on in the days of this Parliament. It’s only been going over a year, with another four to come.

A lot can happen in that time – just take a look at the last four years.

Personally, I think Britain’s attempt to create some sort of unique, bespoke relationship with the EU is not going to work because we ourselves can’t agree on what we want – our cabinet can’t agree and our electorate doesn’t agree.

I would go for a close relationship with the EU, in the vein of Norway or Switzerland – last time I checked these were proud, independent countries.

I think we can have a similar set up to these countries, and have a more formal means of engaging with the EU than what already exists, and therefore secure a more fairly representative result based on a vote that was split 52% to 48%.

We are still very much in contact – we had a nice drink last week actually. We are godfathers to each other’s children, after all, so it would be pretty sad if we didn’t speak.

This is something I see applying to business life, with founders and partners, and one of the things that got me through my time in government

Noting that politics can be a rough business, I had a very strong friendship with David Cameron and that was great – I think it helped the government function more effectively.

On regrets over Brexit

I was part of the government that had the referendum, and I argued very strongly that we shouldn’t go ahead with it.

I regret the decision to have the referendum and I regret the outcome, but in the end it was a big democratic exercise with a pretty high turnout so I don’t think you can say the country didn’t take part.