How to preserve the future of the UK high street: Tax Amazon and relieve business rates, say MPs

Retailers put up the closing down signs in 2,700 stores in the first half of 2018 and, with the trend showing no signs of abating, MPs have offered their suggestion to secure the future of the high street 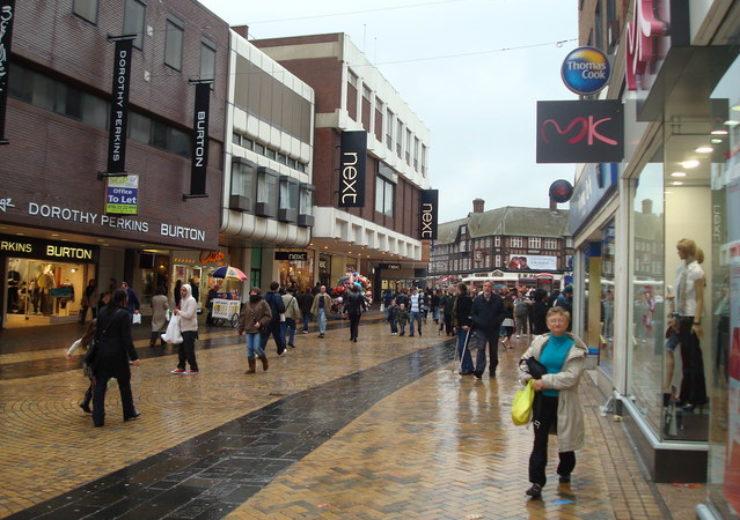 Taxing online retailers and relieving business rates for bricks and mortar traders are two of the big recommendations in a new UK parliamentary report on the future of the high street.

The Housing, Communities and Local Government Committee within the House of Commons published a report today with recommendations on preserving high streets and town centres until 2030.

During the first half of 2018, roughly 14 shops were lost a day – or 2,700 in six months – in one of the toughest years of trading for mainstream retailers.

Household names such as House of Fraser, New Look, Homebase, Debenhams, Toys ‘R’ Us and HMV were among those closing numerous stores despite several high-profile government bail-outs.

Clive Betts MP and chair of the Housing, Communities and Local Government CommitteeLabour MP and committee chairman Clive Betts said: “We must begin a period of renewal and regeneration, establishing high streets as focal points of our communities comprising green space and health, education and leisure services, as well as a small core of retail.

“At a local and national level, government must create a framework that allows high streets and town centres to thrive.

“Local authorities must have the foresight to develop evolving strategies tailored to the needs of their local communities and drive the large-scale transformation needed.

“Central government must give them the powers, and back them financially, to allow them to put this into practice.”

Recommendations from MPs on the future of the UK high street

The committee of 11 MPs, from across the political divide, concluded that local authority intervention was necessary in order to make sure that high streets “survive and thrive”.

They added that the government’s £675m Future High Streets Fund – which was announced in Chancellor Philip Hammond’s 2018 budget to support high street planning in local areas – would not be sufficient given the “scale of the challenge”.

One of the methods put forward by the committee to raise additional funds is an online retail tax – an idea suggested by Sports Direct founder Mike Ashley when he appeared in front of its members in December.

The report highlights how Amazon UK’s business rates amounted to about 0.7% of its UK turnover, while high street retailers can be expected to pay between two and nine-times that as a percentage of their revenue.

In order to address this imbalance, the committee recommends the introduction of a sales tax, an increase in VAT, an online sales tax and “green taxes” on deliveries and packaging.

These additional funds could then be used to provide relief for high street retailers, such as a reduction in business rates for retailers based in town and city centres, a 12-month “holiday” period from rates increases, and more funding for the Future High Streets Fund.

A Future High Streets task force was recommended alongside the fund and is described as being a “central knowledge base” for local authorities and retailers.

But the scrutiny committee believes the remit of the task force should be extended to include support hotlines for local areas on all aspects of the high street, providing positive case studies for local authorities to follow and advice for high street stakeholders.

It also stresses this advice should be provided by experts including academics, planners, lawyers and developers.

Another measure recommended by the cross-party committee included a suspension of permitted development rights (PDRs), which allow certain types of work to be completed without the need to apply for planning permission.

It argues that PDRs negatively affect the ability of councils to develop “town centre masterplans” and should be given more powers to suspend them in their areas.

The government will now have two months to respond to the committee’s findings.

What will the future of the high street of look like?

Members of the public were consulted as part of the research that formed the report.

The loss of in-store shopping and the impact on the elderly were two of the major concerns expressed by members of the public.

The committee was told that high streets needed to become an “intersection of human life and activity” in order to survive.

During an expert panel, Sir John Timpson, owner of shoe repair chain Timpson, said: “In an internet age when there is going to be less and less face-to-face communication, humans want places to meet.”

In order to achieve this, town centres need to look beyond retail and introduce other activities such as cinemas, pubs, and arts and cultural centres.

He told the committee: “Town centres cannot rely on retailing as they have done in the past.

“They will only succeed in the future if they get the right balance between retailing, leisure, hospitality, health, social care, services and indeed the residential links.”

The committee concluded that retailers would also have a responsibility to provide “opportunities to interact with customers that cannot be found online”, such as providing personal shoppers and providing in-store advice.

The report also suggested retailers should look into opening after office working hours to allow customers to shop at their own convenience.