Analysing top 10 football kit deals: Which club profits the most from its shirt supplier?

From the Nike tick on Barcelona’s maroon and blue top to the three stripes of Adidas on Manchester United’s red strip, the small logos represent big business for Europe’s top clubs 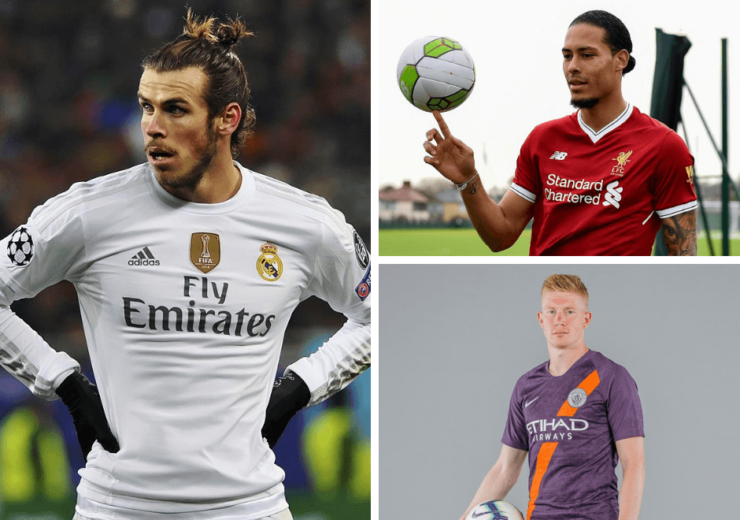 Unveiling a new strip is a big moment in the calendar for any football club – but the kit deals they sign with major sports brand also count for a huge slice of their income.

The licensing agreements can boost annual revenue for the world’s biggest teams by more than $100m (£75.75m), according to research by sports analytics company Sportcal.

With more money than ever entering the sport, the competition to secure the most lucrative deals is fierce, with eight of Europe’s elite able to command fees in excess of $40m (£30.33m) – and up to $174.83m (£132.58) for Barcelona, which is way out in front at the top of the table.

Kit deals differ from traditional sponsorship and are more comparable to licensing deals, which allow the kit manufacturers to use the club’s colours and badge to sell replica shirts.

“With the likes of Southampton appearing in the top 20 list, it just goes to show the strength of the English Premier League and the opportunities that platform provides to traditionally ‘smaller’ clubs when comparing them to previous Champions League winners in AC Milan and Marseille.”

The pair first struck a deal in 1998 and, following an extension of the contract in 2018, will continue to work together until 2023.

It led to Adidas replacing Nike as the English club’s kit manufacturer, ending a 13-season long relationship with the American brand.

However the Adidas deal outstripped the amount Nike was paying by more than £50m annually and was a record fee at the time.

On the other side of the North West city, Manchester City last month struck an agreement with German kit manufacturer Puma – breaking the club’s previous ties with Nike.

The new kit deal, which starts with the 2020 season, is reportedly worth £65m a year and will run for a ten-year period.

It significantly outstrips the £20m a year deal with Nike and places Man City among the top earners from kit deal revenue following its on-field success last year, in which the club won the English Premier League title.

Arsenal’s new five-season kit deal with Adidas will enable the club to recoup £60m per year, beginning in the 2019/20 season and worth double its current deal.

Puma will end its ties with the Gunners following a five-year partnership.

The last time Arsenal wore a kit with the Adidas logo on was in the 1993/93 season, in which Arsenal finished fourth. It also wore the famous three stripes on its chest when it won the 1988-89 First Division title in an iconic game against Liverpool.

Another London-based club rounds out the top five.

The kit deal brought an end to the club’s contract with Adidas six years earlier than originally planned.

Bayern Munich is the highest German club to feature on the table of top earners.

The German-based sports apparel brand owns a 9% stake in the club and the new deal means the Adidas logo will appear on Bayern Munich shirts until 2030.

Spanish giants Real Madrid have had their kits produced by Adidas since 1998.

The club’s current deal is reportedly worth $45m (£34m) but reports in Spanish daily sports paper La Marca claim a €1.1bn (£950m) ten-year renewal of the contract will soon be announced.

If that figure is correct, it will propel Real into the top two – but still below Spanish rivals Barcelona – of Sportcal’s football kit deal earnings table.

Liverpool’s current New Balance kit is the highest selling in the club’s history.

The Reds first struck a deal with the sports brand – based in Boston like their owner Fenway Sports Group – in 2012.

But the kit deal is set to expire in 2020 and Liverpool CEO Peter Moore has revealed the club are in the market for a new supplier.

Mr Wiacek said: “Liverpool’s current deal with New Balance expires at the end of the 2019 season.

“With the team’s run to the Champions League final last season and subsequent title challenge this season, it could be argued that Liverpool’s current kit deal is vastly undervalued and the club should be in line for a significant increase in revenue for its next deal.”

Tottenham extended their partnership with Nike last year with a new 15-year deal that is reportedly worth £30m a year.

In a statement on the club’s website, Spurs chairman Daniel Levy said: “In recent months, we have secured an extended agreement with Nike up to 2033, one of the longest football club deals in Nike’s history.”

Paris Saint-Germain are the only French team to appear in the top ten and are able to secure such lucrative kit deals because of their regular appearances in the Champions League and ability to purchase top players.

The Parisian club will also be the first to sport Nike’s Jordan logo in the Champions League – a logo that is normally associated with basketball – in a bid to boost their brand in the US.