Nine of the world’s most powerful women in business – including CEOs of IBM, Bet365 and Oracle

It's no secret that there could be more women in executive positions but a handful of prominent female CEOs are paving the way for a more equal future at companies such as IBM, General Motors and Oracle 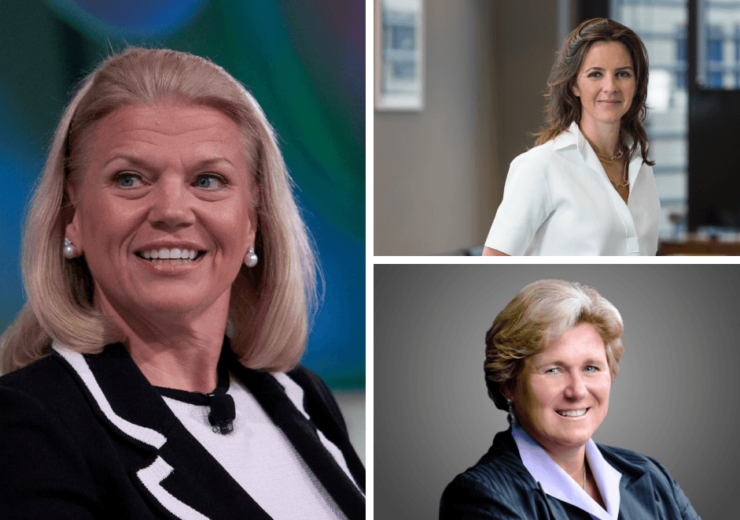 “A woman’s place is in the boardroom” is an oft-used phrase in business – but sadly only a few put this into practice by appointing female CEOs.

Across the world, men still take up the majority of executive and senior jobs in corporations.

Professor Ruth Sealy, of the University of Exeter Business School, discovered that CEOs of FTSE 350 companies are statistically more likely to be called David or Andrew than they are to be a woman.

But this is slowly improving as some of the biggest firms such as IBM, Bet365 and Oracle Corporation all have women chief executives.

In FTSE 350 companies, the number of chairwomen has risen from 17 to 20, while the number of women on boards has increased to 25.2%.

If progress matches the same gains made over the past four years, a third of board positions will be filled by women by 2020 – the target set by the government-backed Hampton-Alexander Review.

To mark International Women’s Day, we profile some of the world’s top female CEOs  from across the world.

Mary Teresa Barra, 57, is the chairwoman and CEO of General Motors (GM) – the largest automobile manufacturer in the US.

Mrs Barra is the only woman to head a top ten ranked Fortune 500 company.

She was announced as the first female CEO of the company in 2013, replacing Dan Akerson when she took up the role in January 2014.

Prior to becoming CEO, Mrs Barra held the position of executive VP of global product development, purchasing and supply chain at GM.

She also sits on the board of Disney and the Stanford University board of trustees – the university where she completed a master’s in business administration degree in 1990.

Her career has stayed on track with the discipline in which she trained, having attained a bachelor’s degree in computer science and electrical engineering.

Soon after graduating in 1979, she went to work for General Motors Institute in Detroit, before moving to IBM two years later.

She occupied positions including general manager of the global services division, where she helped negotiate the purchase of PricewaterhouseCoopers for $3.5bn (£2.67bn) in 2002.

The 61-year-old has made it on to various rankings for the world’s most powerful and influential people by Forbes, TIME and Fortune.

Israeli-born Safra Catz has been co-chief executive at cloud computing giant Oracle Corporation since September 2014 – a position she shares with Mark Hurd.

Safra was initially a banker at investment bank Donaldson, Lufkin & Jenrette, joining in 1986.

Two years later, she was appointed a board member and has since served as co-president and chief financial officer.

Alongside her role at Oracle, she has also worked as a director of HSBC Group from 2008 to 2015, while in her spare time she is a lecturer in accounting at the Stanford Graduate School of Business.

Her list of achievements just keeps on growing, as Safra was also elected to the board of directors of The Walt Disney Company in December 2017.

When it comes to being a female leader, Kathryn Marinello knows a thing or two.

The 62-year-old has previously held senior positions at companies including US Bank, JPMorgan Chase, Citibank, Barclays bank and General Electric, before becoming CEO of The Hertz Corporation in 2017.

As well as being the American car rental giant’s CEO and president, Kathryn is also a board member.

She oversees 9,700 corporate and franchise rental car locations in 150 countries, while also leading subsidiaries that include brands like Thrifty Car Rental and Dollar Rent A Car.

Other board memberships on her CV include MasterCard US, General Motors and AB Volvo, while she was ranked 17th in Fortune 500’s list of women CEOs in 2018.

Gail Koziara Boudreaux is the CEO of S&P Fortune 500 health insurance company Anthem Inc. – a position she has held since November 2017.

This figure makes Anthem the second largest company in the US headed by a female CEO.

Mrs Boudreaux, who turns 59 this year, previously served as an executive at a number of healthcare companies including  Aetna, BlueCross BlueShield of Illinois and UnitedHealth Group.

Alex Mahon is the CEO of British television and broadcasting company Channel 4.

The 45-year-old was appointed to the position in October 2017, becoming the first woman to head a major UK broadcaster.

Mrs Mahon previously served as CEO of visual effects software company Foundry, which has developed special effects products for use in the 2009 film Avatar and the Marvel film Guardians of the Galaxy.

She also has experience of working as a civil servant having worked on an advisory panel on the future of the BBC at the Department of Culture, Media and Sport.

After graduating with a first-class degree in econometrics from the University of Sheffield, she became the managing director of her family’s chain of betting shops, Provincial Racing.

During her time there, she expanded the number of stores from 12 to 49.

She was the highest paid boss of a UK company in 2017, having paid herself £217m – an amount she was criticised for by the CEO of British addiction charity Addaction.

Her salary increased to £265m in 2018, making her one of the highest paid CEOs in the world.

She has had a wide and varied career, working as an executive at film studio DreamWorks, The Walt Disney Studio, consumer goods corporation Procter and Gamble (P&G), and board game company Hasbro.

Mrs Whitman joined eBay as CEO in March 1998, when the company only had 30 employees and revenues of about $4m (£3m).

The 62-year-old was chief executive of IT giant Hewlett Packard Enterprise from 2011 until February 2018.

Since stepping down from the CEO position, Mrs Whitman announced she was to be the first employee and CEO of Jeffrey Katzenberg’s new video streaming platform Quibi.

The service has been marketed as a mobile Netflix and will specialise in short-form original content, designed to be watched on smartphones.

Outside of business, Meg was the Republican candidate for the Governor of California in the 2010 election, but was defeated by Democratic former governor Jerry Brown by 54% to 41%.

At the time, she was the fifth wealthiest woman in California with a net worth of $1.3bn (£980m).

Dame Carolyn McCall is the woman at the forefront of ITV.

She took charge of the British media company in January 2018, after spending eight years as chief executive of budget airline easyJet.

After taking on the easyJet role, she decided to make customer service her priority by introducing customer-focused initiatives such as allocated seating – while she oversaw shares in the business almost quadruple.

She was voted one of the 100 most powerful women in the UK by BBC Radio 4 show Woman’s Hour in 2013, during which she time she was one of only five female CEOs in a FTSE 100 company.

The 57-year-old was appointed a Dame in the 2016 New Year Honours list for her services to the aviation industry, and she served as a non-executive board member in the Department for Business, Energy and Industrial Strategy.

She recently took a change in direction by becoming the first female CEO of ITV – marking a return to the media industry after working in advertising sales for the Guardian Media Group and Trinity Mirror earlier in her career.

Indra Nooyi stood as the chairwoman and CEO of PepsiCo, the second largest food and beverage business in the world by net revenue – standing at $63.5bn (£48.5bn) – last year.

Mrs Nooyi announced she would step down from the position in August 2018 and now sits on the board of directors for Amazon.

She served as CEO for PepsiCo for 12 years and during her tenure, the company’s sales grew 80%.

When she first began her career in India, she held product manager position at pharmaceuticals giant Johnson & Johnson and textiles firm Mettur Beardsell.

In 2015, the 63-year-old ranked second in Fortune’s Most Powerful Women list.

Stanford University graduate, Marissa Mayer is the former CEO of American web services provider Yahoo!, a position she held from July 2012 to June 2017.

Prior to that, she was an executive, usability leader and spokeswoman for Google.

After graduating from Stanford, Ms Mayer received 14 job offers. She joined Google in 1999 as employee number 20 and started writing code.

She was soon overseeing small teams of engineers, developing and designing the company’s search offerings.

Ms Mayer, 43, went on to become vice-president of Google Search Products and headed up the local, map and location services division.

But it wasn’t long before she was prised away by search engine rival Yahoo!, which appointed her as president and CEO in 2012.

She ranked sixth on Fortune’s 40 under 40 list in 2014 and was regarded as the 16th most powerful businesswoman in the world that year by the same publication.

Her career took a downturn when she resigned in June last year after complaints from shareholders about large advertising revenue losses during her time in the role.

Ms Mayer has now founded her own AI company Lumi Labs, which is looking at applications of the technology for consumer media.

She served as CEO of the British postal service from May 2010 to July 2018, where she oversaw the privatisation of the company that ended 499 years of public ownership in 2015.

Dame Moya, 64, previously served as CEO of Canada Post, the primary Canadian postal operator that is a crown corporation.

In 2013, Dame Moya was assessed as the 12th most powerful woman in Britain by Woman’s Hour on BBC Radio 4.

She was also named the Financial Times’ Person of the Year in 2014 for managing the unions, politicians and media when initially floating part of the business the previous year.

Although recently retired, Irene Rosenfeld forged a career at the helm of one of the world’s top food and drink companies.

She went on to join General Foods in consumer research, before leading Frito-Lay, a division of PepsiCo, as CEO and chairwoman.

The American food processing company is the maker of Oreo cookies, Cadbury chocolate and Trident gums.

In 2008, she was named sixth on The Wall Street Journal’s 50 Women to Watch list, and has several times made the 100 World’s Most Powerful Women in the World list by Forbes.